With spooky eyes that make her perfect for scary movie roles, Karin Tokushige from Tokyo Home Stay Massacre is a talent on the rise. We sat down for a chat with her.
Written by The Arty Dans


If you've seen our trailer or watched our review of the new Japanese independent horror movie Tokyo Home Stay Massacre, from our friends at Tokyo Bay Films, you might have noticed the haunting eyes of the young Karin Tokushige, who plays the younger daughter of the homestay family. We got in contact with Karin and her mum and asked them a few questions about her experience on the set of the film, as well as finding what Karin plans to do with her career in the future. 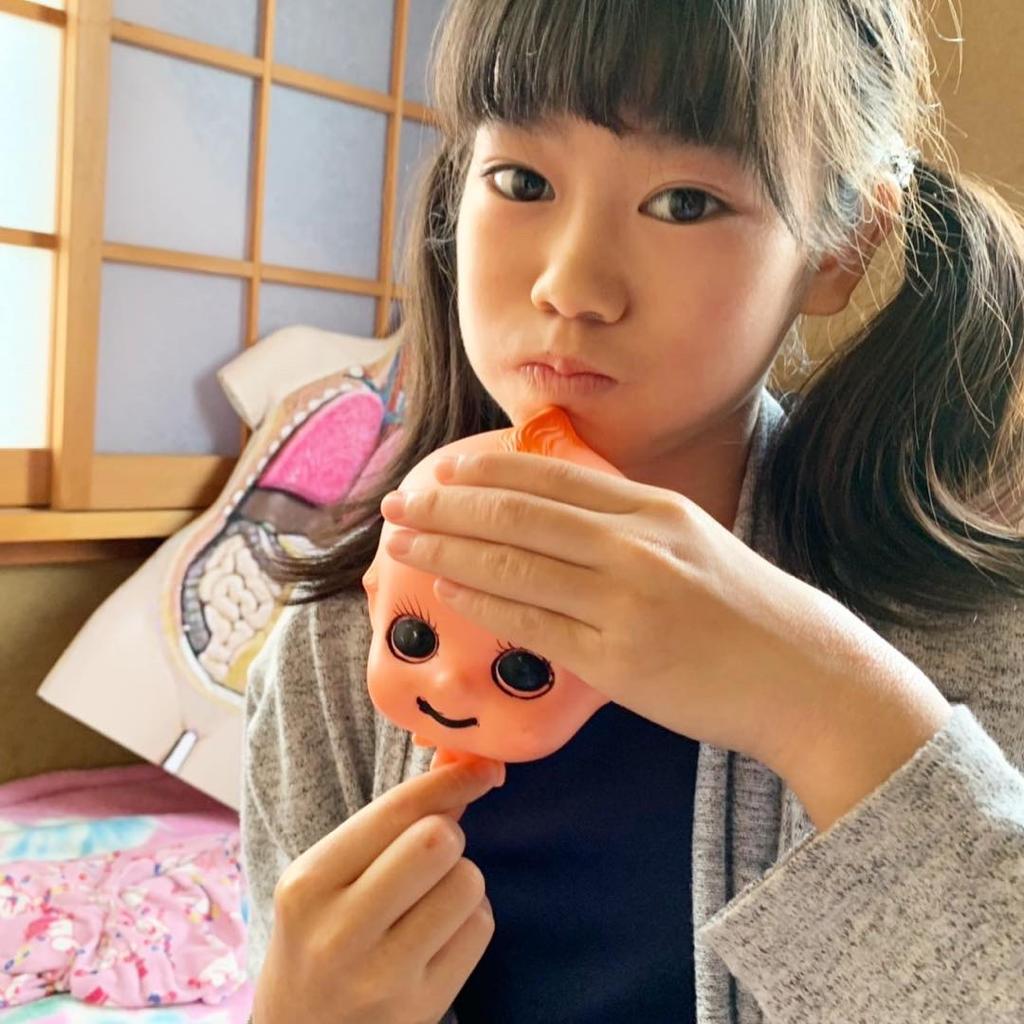 Karin's first acting job was in the Japanese romantic family drama "When Will You Return?", a movie about a young man who tells the story of his grandparent's love set during and after World War 2. Definitely a far cry from her role in horror film Tokyo Home Stay Massacre! She is a keen basketball player, having just joined the basketball club at her junior high school, and has taken up fencing, relying on the fact that her longer limbs can give her an advantage! She hopes this skill can also translate to her desired role in action movies.

But we also wanted to know about her experiences on the set of this horror movie.

Asian Film Fans: How did you find out about the role? Tell us a little bit about the audition process?Karin: The audition information was given to me by the CEO of my agency. I was told this movie would be targeted to the U.S.. This made me sad, because I could not watch this movie in Japan. However, at the audition, the director and the staff were all talking in English to each other, which was very cool. I thought: “This is so global, I have to be a part of this!” So, I was very happy when I got the part. 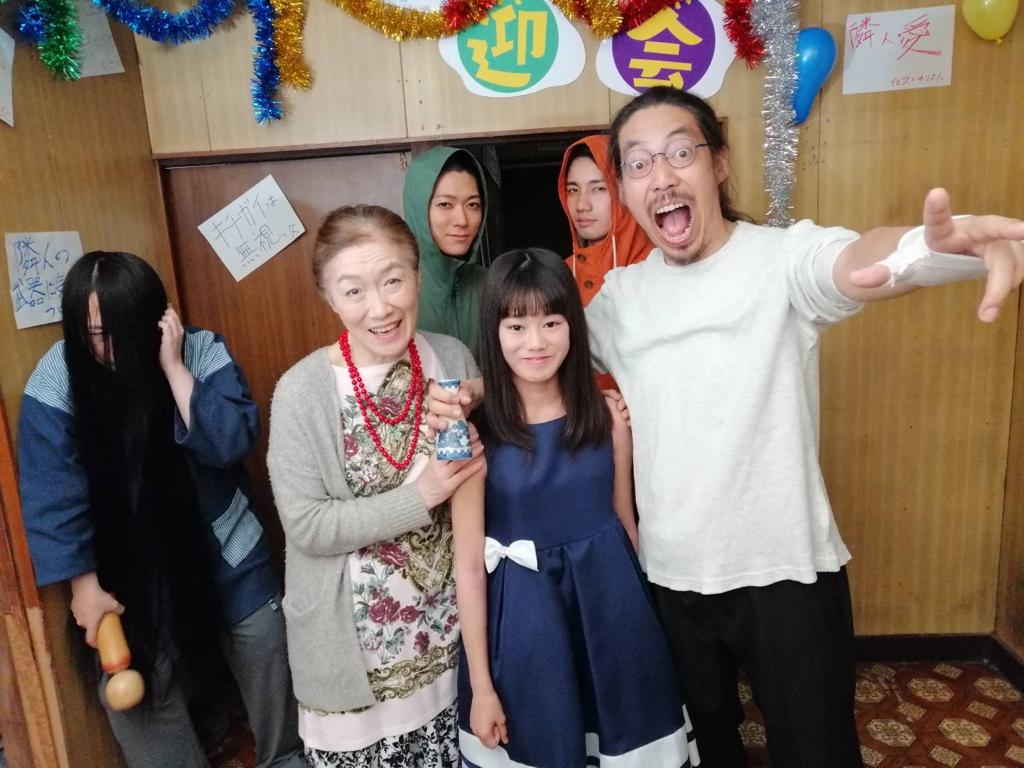 AFF: What was your experience like on set? Do you have a favourite story?Karin: It was my first time shooting a horror movie. All the art, the lighting and the make-up were so realistic! I still scared even after I got home. On set, during the waiting times, the American cast gave me English lessons. We took pictures, made TIK-TOKS and played with a Kendama (a Japanese cup and ball game, where a ball is stuck to a cup with a wire and you have to get the ball in the cup without touching it). We used the Kendama like Bruce Lee's nun-chucks and made jokes about making a Kendama martial arts movie next. It was so fun!

AFF: What was your favourite part of the movie to film?Karin: I like the scene where I cast a spell on Sarah (played by Diana G) in the hallway. The words I had to say were very unfamiliar to me and I had a hard time saying them. But I like it, because those words are very meaningful. 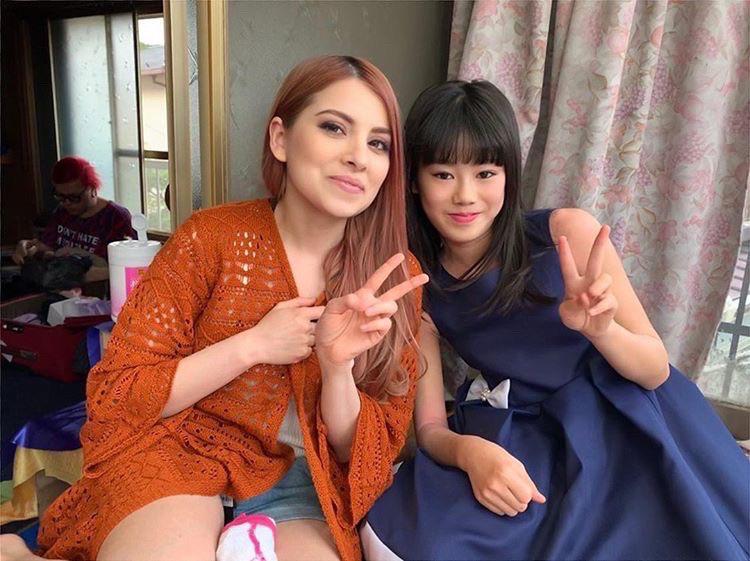 AFF: Have you seen the movie yet? How did you feel about watching yourself being on the screen?Karin: I haven't watched the film yet, I've only seen the trailer. My role in the film was kinda low-key without a lot of emotions, but when I saw the trailer, there was a super close-up shot of my eyes. I really thought the character had a strong presence. 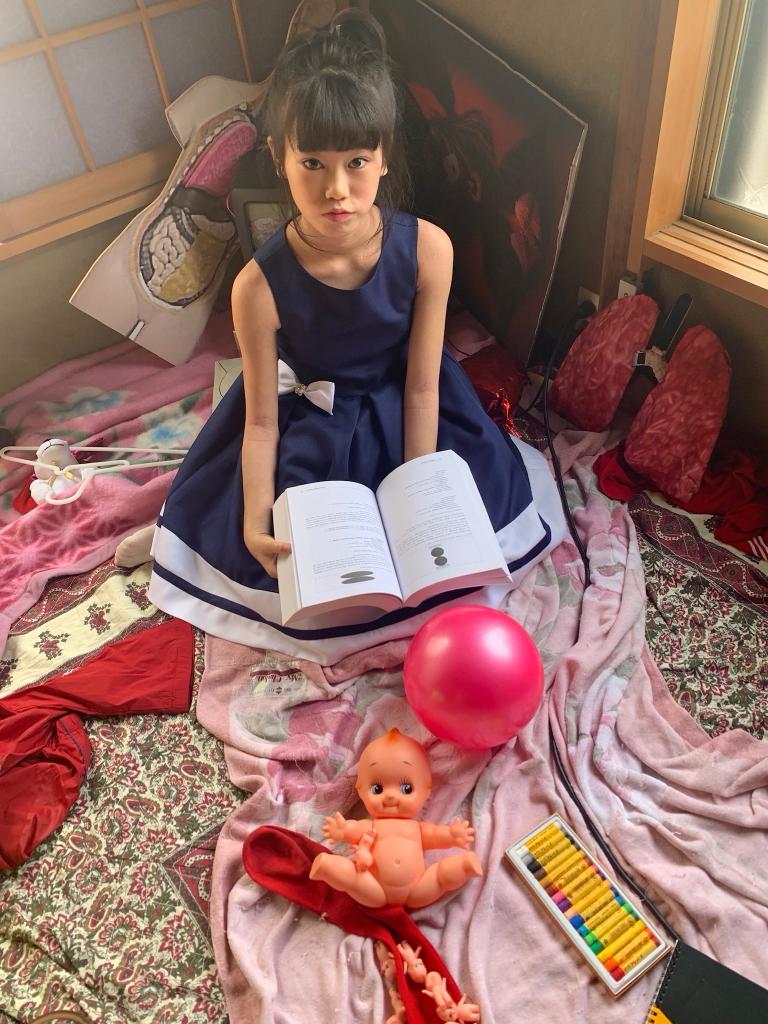 AFF: What is your next project? When can we expect to see it?Karin: Next, I have to shoot a video for my dance school, so I am practicing my dancing every day. Besides this, because I had a lot of fun working with people from many different countries during the shoot of TOKYO HOME STAY MASSACRE, I am dedicated to study English and other languages, and do my best to act in movies around the world.

We certainly hope we see Karin popping up in more horror films, and maybe even a few cool Sakaguchi-type action films!

If you want to know more about Tokyo Home Stay Massacre, check out our review below. And follow the links to buy a copy of the movie to enjoy today!