Directed by Ho Leung Lau Starring Dean Wu, Collin Chou (Zou Zhaolong) It’s got a pretty cool title, an awesome cast of known kung-fu actors, some impressive visual effects and a director whose been involved in writing some of the most exciting Hong Kong action movies in the last two ...
Written by The Arty Dans


It’s got a pretty cool title, an awesome cast of known kung-fu actors, some impressive visual effects and a director whose been involved in writing some of the most exciting Hong Kong action movies in the last two decades.

But it’s not destined, at this stage, for release outside of mainland China.

And it’s a pretty fun to watch.

Please note: I reviewed a Chinese only version of the film, as there is no English subtitled version available at this stage. I had a native Chinese speaker watching the film with me who explained the storyline as it was happening.

Our main character, Jianbei played by Dean Wu, is a small time debt collector who lives with his sick sister. Realizing he can never save up enough money to pay for the operation that will save her life, he decides to volunteer for a human experiment – where if he survives, he will be paid a very handsome sum of money.

The experiment implants within him the Buddha Palm power – essentially a form of super strength. A mysterious man, Han Gongbo, wearing a traditional mask, played brilliantly by Collin Chou (Zou Zhaolong) with a gruff voice, wants to pass on the mask to Jianbei and promises him that if he finds a place called Wulin and completes three tasks, he will be provided with the ingredients needed to save his sister.

When he reaches Wulin, the audience is introduced to a swath of very interesting comic book like characters. In a scene not too dissimilar to the sacred hotel in the John Wick movies, practitioners of ancient martial arts powers congregate to drink and accept jobs.

It's here where Jianbei meets Sun Ling, a female warrior played by Tang Fei who wants his jobs, but then reluctantly follows him as he discovers the full strength of his new Buddha Palm powers.

This is about as much as a basic storyline you’ll need to enjoy this film if you plan to watch the Chinese only version. 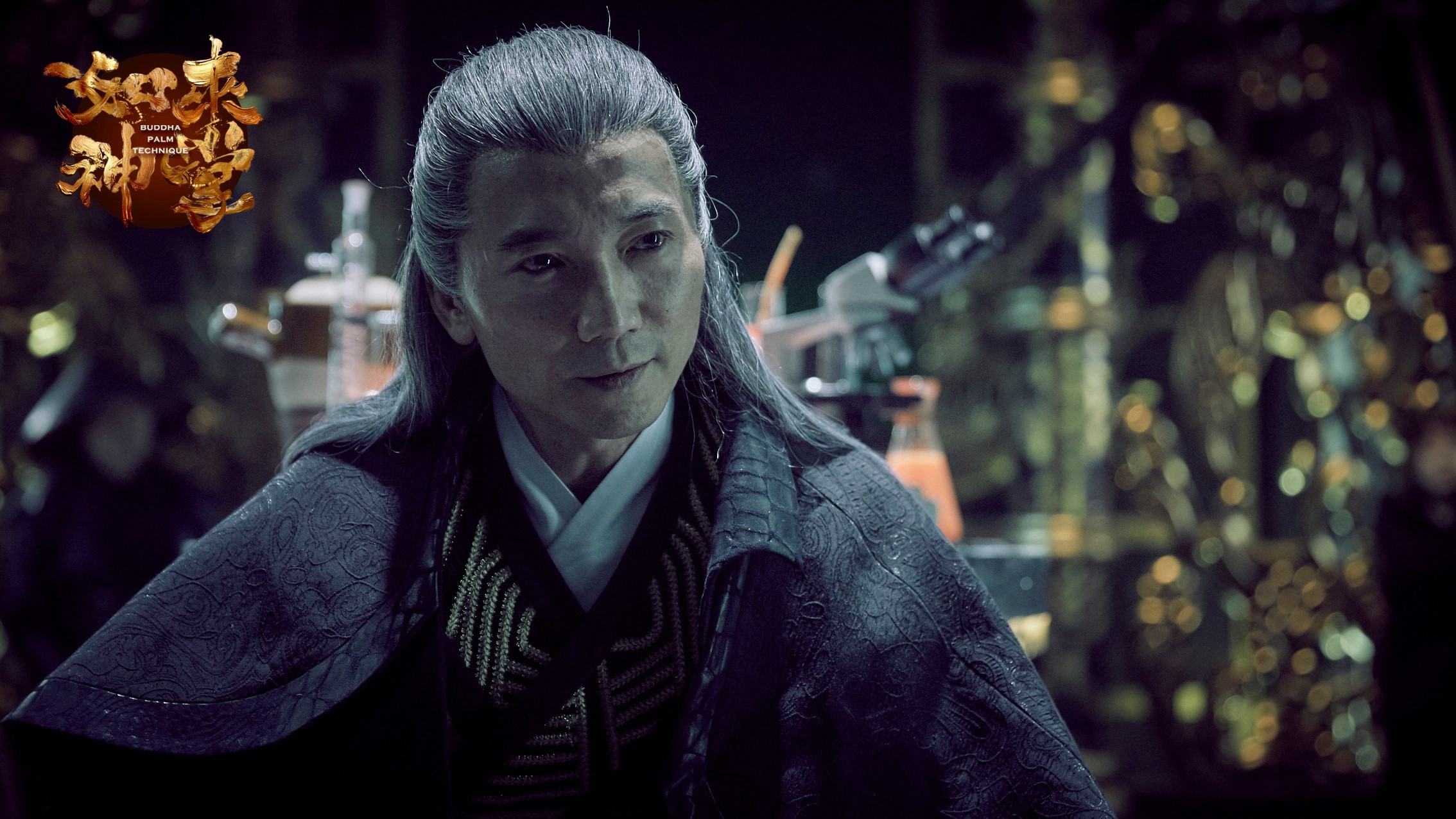 And that’s exactly what’s been done here. Genres have been fused into a way that still feels very much like the world exists around the characters in the movie.

It’s a short film, clocking in under 90 minutes and not overly dialogue heavy – but if you watch this film after you’ve read my synopsis, you’ll very much be able to enjoy it.

The action scenes are frequently but rather short. Highly energetic they rely perhaps a bit too much on the special effects, which as you’ll see in the following section of this video, are the movie’s only downside. 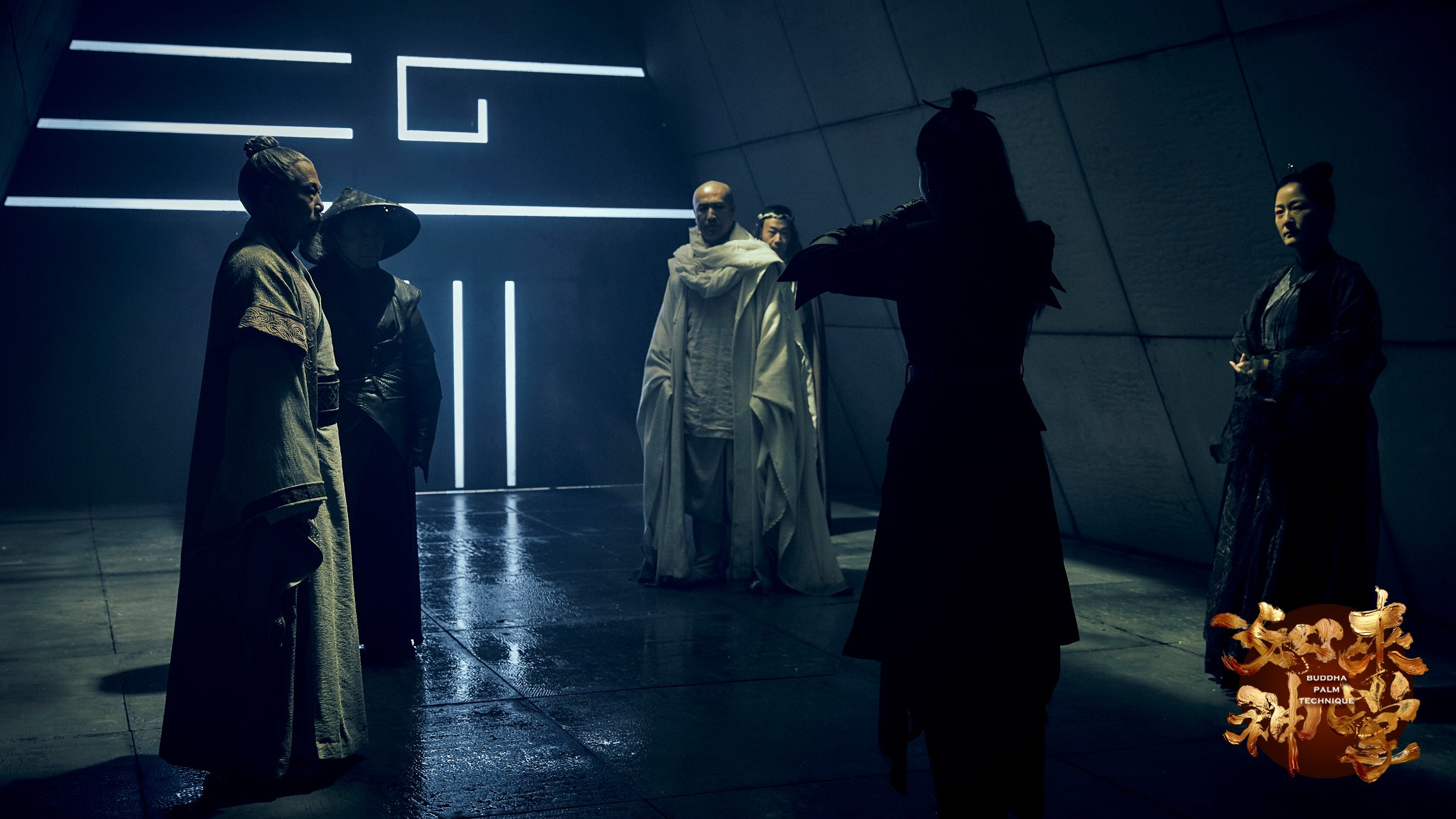 Everytime the Buddha Palm Technique is used is visually impressive. We are treated to a full screen CGI Buddha about to launch into the palm strike, and with all the effects going on with it, along with the audio, is just impressive stuff. Great to watch, great to experience.

The pop culture references in this movie are also great

There’s more, but you need to see them for yourself

On top of the visual effects is the general visual style of the film. Its colourful when it needs to be, and restrained at other times. Sets are lively and there is always something going on – key notes being the Wulin bar location, specifically the office of the Immortal Ghost Doctor.

The movie is a visual smorgasbord for the eyes, that’s only let down by… 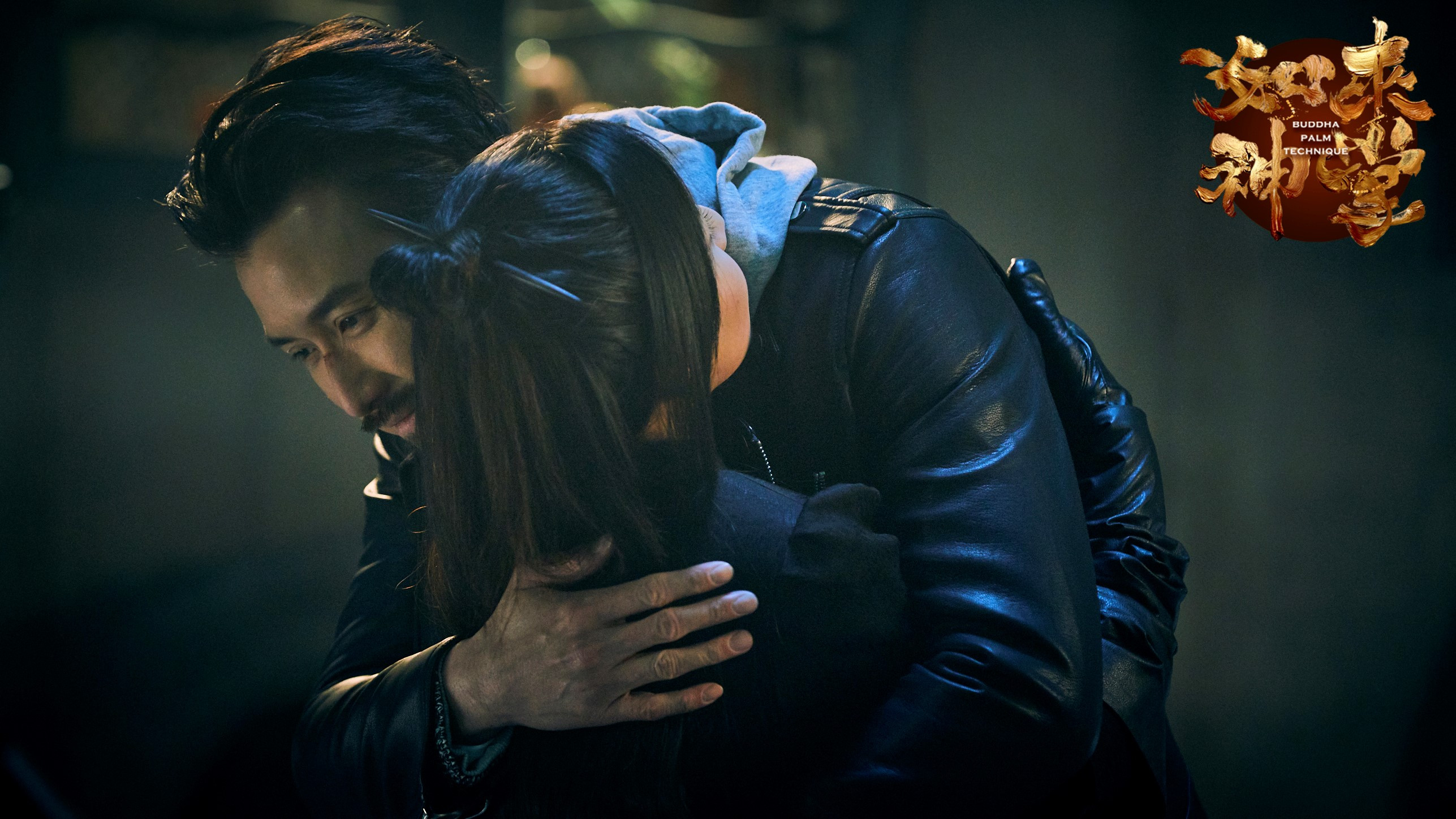 Well with all the good, there was bound to be some bad.

And the bad, is pretty bad. And it all revolves around the secondary special effects. Note: there are some spoilers here.

SPOILERS AHEAD... PROCEED WITH CAUTION...

Tracking shots – that is, when a marker is placed on a scene to allow the graphic artist to create an effect that scales and rotates with the camera – frequently miss their mark. Check out some of these examples where the ‘cracks’ are floating out of sync with the camera.

Then to compound it, there is a shot where the damage graphic used during the scene disappears a few frames before the camera angle changes. Check out the video of our review for visual examples.

There’s more however – the low quality texture used on another wall crack is pixelated, which really distracts from the scene. It probably wouldn’t be too big of an issue, except it gets quite a lot of screen time. Some of the green screening efforts are quite average, with over-thinning and over-feathering done on edges especially around the hair.

It may sound like I am being too critical – but this is a movie that trying to immerse you in its visual flair, and when there are obvious scenes that distract from that, I need to point it out

It’s what will keep this movie in the B-level of films. One can only hope that if this movie attains a cult status that it deserves, then we may be treated to a future remaster that cleans all of this up.

It’s a very fun watch that’s well worth your 85 minutes. Impressive visuals and an effective fusion of genres are destined to make this a movie people will talk about in the cult scene for a long time.

Here’s hoping there is a swift and legal English translation coming soon, because this is one film that will find an audience ready to watch it.

What's Lurking in the 'Shadows' of This New Hong Kong...