I tell you what’s not a joke though: this film.

This movie has the fingerprints of the Hong Kong late 90’s, early 00’s action thriller, with the hallmarks of a movie that will be studied and dissected by future crime movie directors.

It’s rare that a Chinese-Hong Kong co-production turns out an action thriller that’s actually exciting and fun to watch, but writer director Ho-Leung Lau, the man who’s written movies such as the acclaimed Two Thumbs Up, Wushu The Young Generation, Three and Kung Fu Jungle, knows a thing or two about action movies, and he has thrown everything down on the table.

Helped by two leading actors in Daniel Wu and Wang Qianyuan, you might remember him from the Eight Hundred, this movie starts with a bang, and ends with an even bigger one. And the filling in between is just as exciting

Set in the early 90’s in China, where as the movie claims, gun related violence was rather rampant, a deadly group of thieves have been targeting banks, jewellery shops and high-end luxury stores, netting themselves millions in RMB.

Enter Captain Zhong Cheng, his first day as captain in a new criminal investigation bureau and he is caught up in the gang’s latest heist, a Friendship store robbery where they are targeting cash and expensive liquor.

He ends up becoming a hostage, and as Eagle dumps his body on the road, he takes a souvenir: a bite out of his ear. This ends up becoming the only identifiable mark by which Zhong Cheng will be able to identify Eagle.

Eagle and his gang don’t give up, continuing to commit large scale robberies with the captain and his team hot on their heels, until one day a robbery goes wrong, and one of their team members gets killed.

The gang then branches out, taking their spree all over China, but the advent of CCTV technology allows the Captain to close in on the gang, and when they plan and execute one final, violent heist of bank collection money, it all starts to fall apart for Eagle.

But he still has a few aces up his sleeve, and he plays them all before his luck runs out.

This movie is based very loosely on the real life and crimes of Zhang Jun, a notorious thief and serial killer who was responsible for the death of 23 people and stole approx. 5.36 million RMB from 7 different incidents over the space of 7 years, who was later executed in May 2001.

I’m not saying this in the same league as some of the best Hong Kong action thrillers of the last twenty or so years, but its definitely the best mainland Chinese action thriller in a long time.

Gone are the days where Chinese action movies equal kung fu or wuxia movies, or even overtly patriotic armed forces movies, because this is a pure action thriller crafted with a lot of attention to details.

There is some excellent camera work and editing that truly immerses you in the film world that’s been created. Split screen vision, that then turn into clever film wipes, or the use of black and white with a splash of colour are just some of the techniques used, with the CCTV motif consisting of bleeding colours and poor VHS tracking used towards the end to signify key pieces of information to the audiences.

And of course there is the running tag line from Eagle: “Tell Me A Joke” – that’s used constantly throughout the film, with great effect to add some humanity in what is a very dark character.

The action scenes are bombastic, loud, with plenty of gun fire and explosions. There’s people everywhere adding to the realism of the scenes.

And then there’s the final scene in the bathhouse that makes the whole movie worthwhile. While its not the massive action ending you would have hoped for, it suits the tone of the film, and after all those explosions, car chases and gunfire, a good old fist fight seems like a great way to end the film.

You can have all the action and set pieces in the world, but if the performances of the main cast is lackluster, then it means nothing.

That’s not the case here though.

Daniel Wu is simply brilliant in the role of Eagle. He is cool under pressure, most of the time, and ruthless when he needs to be. Then shows a softer side to his lover played by Monster Run’s Jessie Li, whose also in the upcoming The Yin Yang Master and his mother, played by recognisable veteran Hong Kong actress Hee Ching Paw.

Wang Qianyuan always plays a good cop. From The Guilty Ones to Lobster Cop, he is usually perfect when cast as a police officer and it’s no different here, with his gruff tone and cool demeanour hiding a caring side, seen only briefly in two scenes where he is giving a pep talk to the crew after the death of a team member, and when he is chiding the officer played by Michelle Wai, who is completely unrecognisable in this movie as seems to be the norm with her in most films she is in, for not wearing a bulletproof vest and carrying a gun while she was rescuing a young girl from harms way.

A big compliment needs to go to the camera and effects crews. They follow the action without fault, with many longer than usual takes in the movie where the cameraman never gets in the way, including a very clever scene involving some well disguised CGI where Michelle Wai’s character throws herself out of a window, landing on a police car, to catch one of Eagle’s crew members. There’s only a very brief shot where the CGI takes over where it looks a little soft, but the rest of it is damn impressive.

There is also a very impressive shot where the director has framed a large clock both above and below Eagle at the bookends of the scene. It’s clever, and for most people it will go unnoticed, but if you watch this a second time, look out for these, and similar, scenes.

Well this is a mainland Chinese film, so there is bound to be some restrictions on what can and can’t be shown.

In this film, it all revolves around the role of the police officers. They’re all very righteous, they do nothing wrong. For example: they never shoot their guns into a crowded scene that’s not 100% bad guys.

But perhaps the most grating thing for me, and something that could have been easily edited out with no difference in the quality of the film, are the two scenes, one at the start and one at the end, where Captain Zhong and one of his detectives are ripping advertising papers off a propaganda poster. These posters are very pervasive in China, and other than satisfying the China Film Administration censorship board, I’m not sure what role they needed to play in this film.

Thankfully the filmmakers resisted the temptation to make Eagle a purely villainous character, because that wouldn’t have suited the film at all. Yeah he does bad things, but he still cares about his mother.

There is also a strange plot hole that occurs towards the end of the film, where all of a sudden Captain Zhong has been able to narrow down on Eagle’s whereabouts with the help of a series of pagers. This bit is quickly skipped over, but did cause me some initial confusion in the cinema when I watched it. 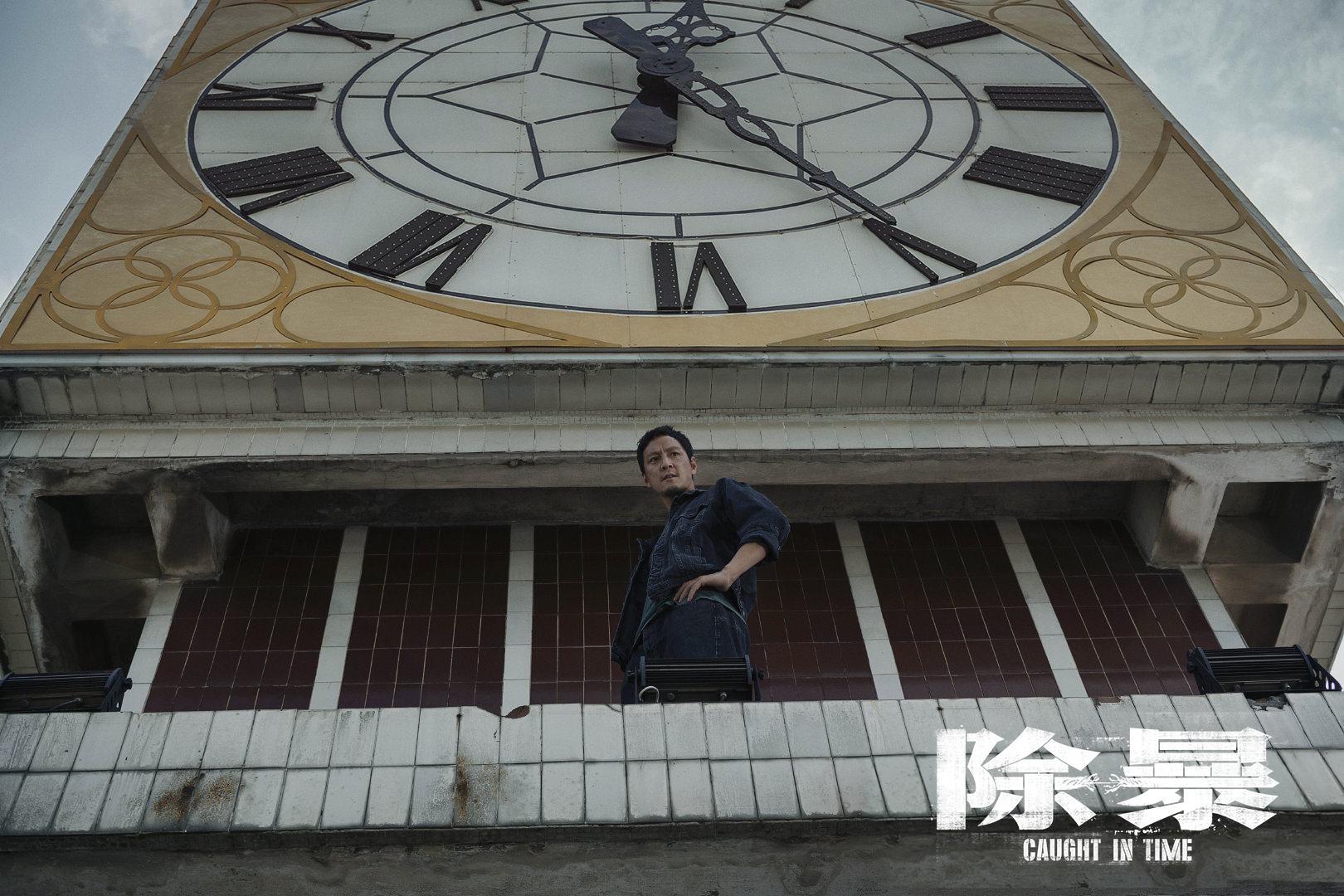 I can’t wait to watch this again. And strangely the movie has performed that well in China that a sequel has been announced, starring both Daniel Wu and Wang Qianyuan. I’m not exactly sure how that’s going to work out, but I’m excited to find out.

And if you’re reading this just before the release of Part 2, then I really hope it’s everything this movie is, and more.

My decision on if you should watch this: I think its pretty obvious. I enjoyed it so much, I’m going to give it two thumbs up. If you love Asian action thrillers, you’re crazy not to watch this.