There’s a mountainous village in Japan where no women live.

A professor from a Tokyo university wants to study the rituals of the village, but in return he pays the village chief with a commodity he desperately seeks – young girls

Based on the hit online manga series – this is Corpse Prison, a two-part horror movie series.

Four university students, their professor and his assistance head to a remote village to study their strange and undocumented rituals. They notice something odd – there are no women in the village.

On their first night there they meet the village chief and his young son, as well as about a dozen rabid and sex-starved males of the village.

It doesn’t take long for the girls to realise they’re trapped in the village while the Chief’s son selects which one of the girls will be his bride.

However a strange entity wearing a tengu mask is stalking the girls, killing them one by one. Can any of the girls survive? 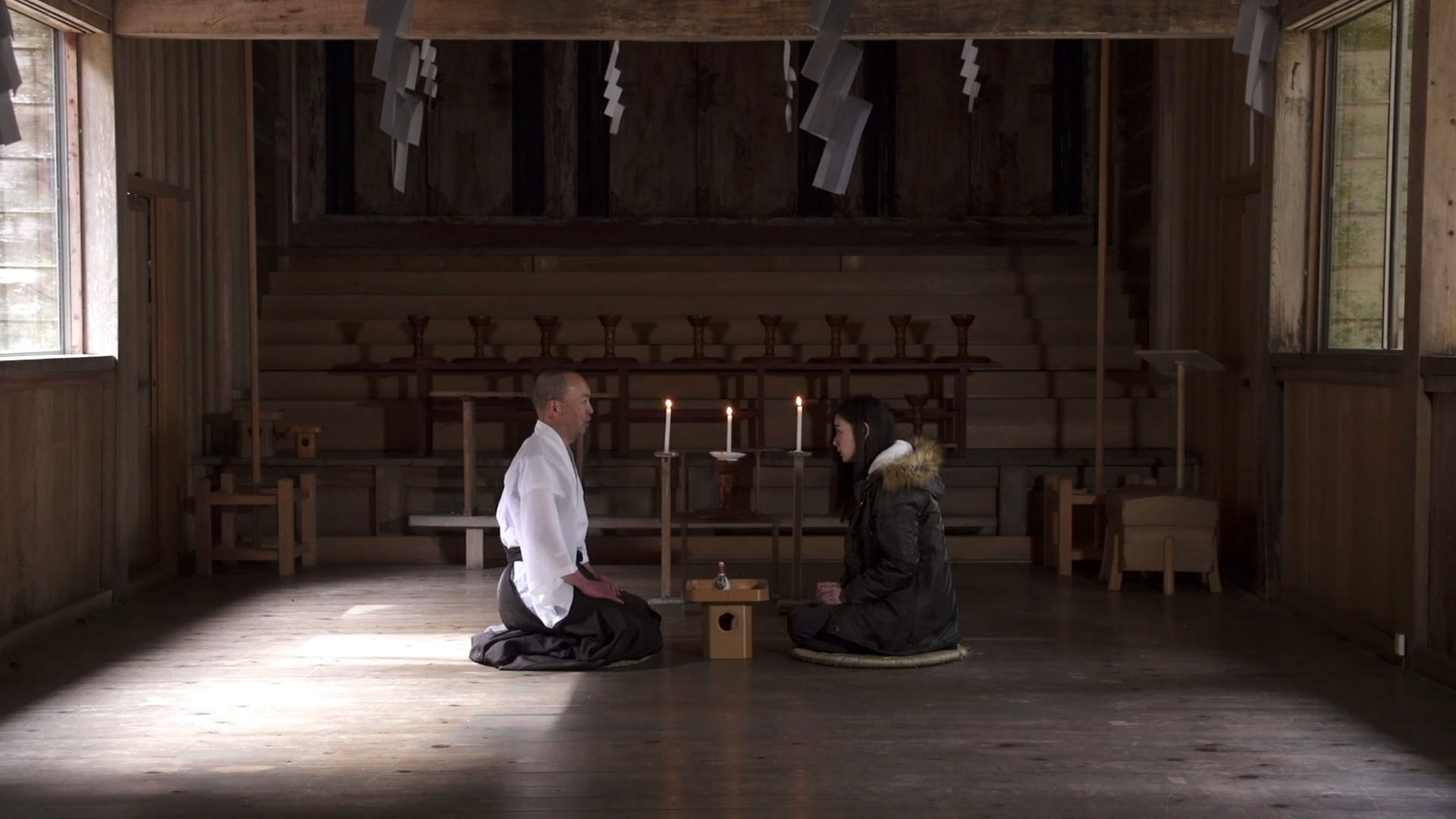 If you are going to watch this, make sure you have both parts ready to go, as essentially this is one long 130-minute movie split into two 75-minute halves. In your head you are thinking “75 X 2 is 150 minutes!” well that’s right but they share the same end credits and the first ten minutes of the second movie is an annoying recap of the first movie.

So is it worth watching? Well it really depends on your love of slasher films and Japanese folklore. The movie isn’t shy on showing blood, although the effects are rather average and the striking sound effect leaves a lot to be desired.

The harsh violin screeches, as well as the masked maniac stalker, is very reminiscent of the Friday the 13th movies.

It’s also worth noting there are 2 masked maniac killers in this movie– although one of them doesn’t wear the mask for very long.

Two AV actresses have been brought onboard in this movie to provide the skin quota, so if that’s all you’re watching this for, you will be rewarded for something. 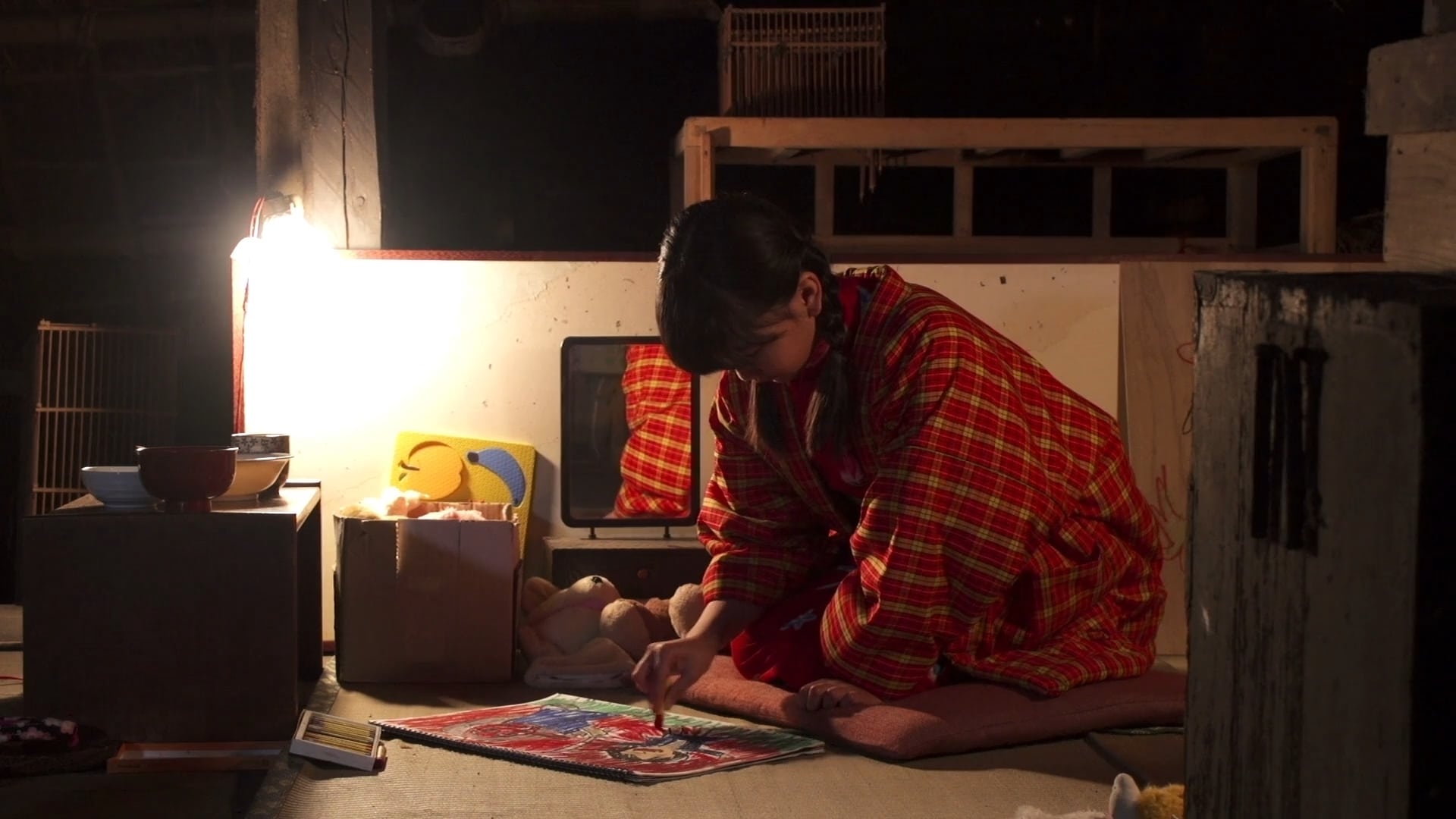 Not sure there are too many memorable moments between these two films, even when you consider the 130-minute running time.

The ritual scenes are very short and not detailed, the history of the village is not given much backstory either, there’s just a lot of forest stalking scenes.

That doesn’t mean this is a movie to avoid, it just means there is nothing outstanding in this movie to make you remember it between all the other horror slashers out there. 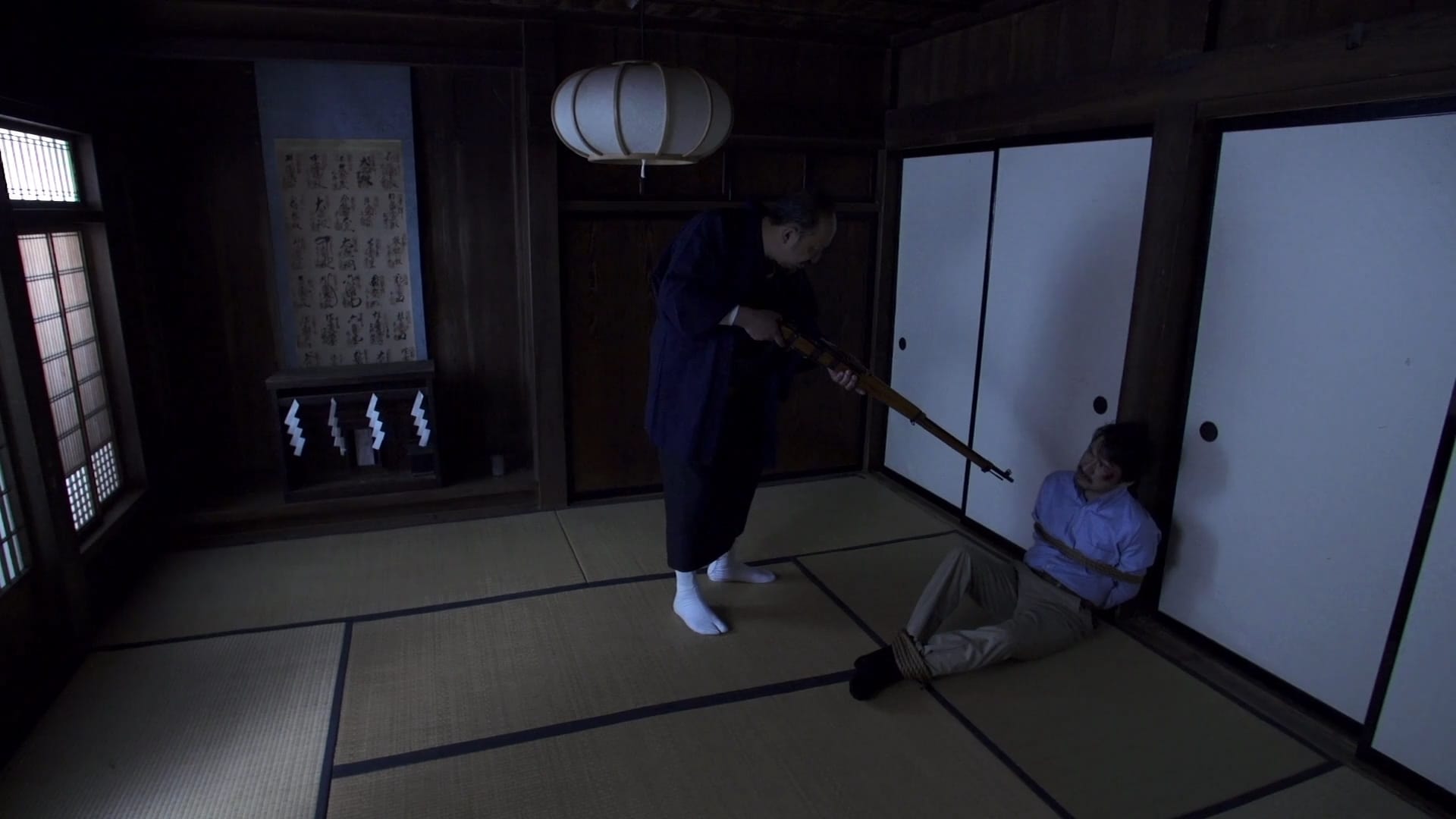 Given the low-budget, almost grindhouse, nature of the film, I didn’t expect fancy effects – but I was expecting something a little better than what was on display here.

Blood splatters are similar to what you’d see in a student production – complete with the obvious fact that most of the time its coloured water.

The actors, while doing an admirable job with what they have, are clearly not trying too hard in some scenes, where the corpses are clearly seen still breathing.

Ditto with some of the sword and tree branch stabbing scenes, where it is clear that it’s a prop used as the parts of the sword or branch don’t align.

Low budget horror films can be fun – and I watch a lot of them so I have a lot to compare with, and this comes very much at the below the middle of the pack – with a quite a few things working against it like the overly long running time that’s been split into two unnecessary parts. This could have worked easily as a 90 minute slasher.

If you’re after a gore film, there are certainly better ones out there – I’d just can’t think of too many that mix folklore like this with a bit of skin.