This is another movie robbed of a theatrical release due to the virus situation of 2020.

With a huge budget, comparatively for Chinese cinema, a big name Hong Kong director and an even bigger name producer, the man behind the Aaron Kwok Monkey King trilogy as well as SPL2 and the upcoming Limbo, had this movie hit cinema, it would have been a massive hit.

Set in a post war-torn China, where the land is divided between the Southern Zhao and The Northern Yan, the 10 year peace between the two lands is shattered as the King of the North seeks to claim the land of the southerners.

The king of the southern capital, Phoenix city, restarts the traditional Martial Contest after a failed assassination attempt. This is a tournament where all Southern Zhao clans must participate in by providing 3 warriors to battle it out between each other for the honour of leading the South as the Grand Field Marshall into a new battle with the North.

Double World follows the Qingyuan clan warriors: the troublemaker Dong Yilong, known as the village bastard who doesn’t know who his father is, and the battle-hardened Chu Hun, who volunteers to represent the clan to enact revenge against the Grand Tutor.

When they reach the capital, they recruit a third team member to complete their team, affectionately known as Little Sister Jingang.

The Martial Contest involves a series of deadly warrior games, where the winner advances to the next round while the losers are branded as such on their face, providing they haven’t lost their lives beforehand. 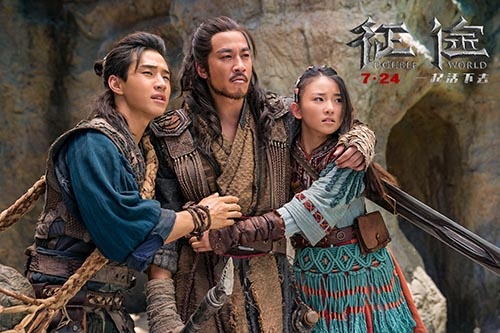 There is a minor spoiler in this section, please be mindful of the spoiler watermark.

This movie definitely has a particular audience in mind, and it crafts the world and characters perfectly for that audience.

The fantasy setting isn’t too heavy but the elements that are there are an ideal fit. Large beasts, complex machinery and gladiator style combat really do add to the whole “Game of Thrones” vibe that oozes from this film.

Our main character Dong Yilong certainly gives off an appearance of Jon Snow: the similarities are many. Both are bastards, both have royal blood. They’re both strong warriors who are misunderstood. And importantly the audience, they’re both very likeable and very relatable characters. 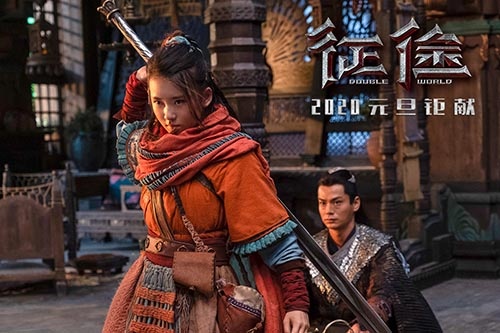 This movie is an impressive visual smorgasbord for the eyes. Massive computer generated sets have been created, from the Qingyuan village located on the side of a cliff, to the vast desert with massive rock structures where an impressive sandstorm swallow up our characters.

The cave of the Monster King, and in fact the Monster King itself, is another impressive set piece. And speaking of monsters, all the larger than live creatures fit in perfect in the world that’s been created. This includes the large dog like beast of the Grand Tutor and the deadly scorpions in the desert.

But most memorable, and impressive, is Phoenix City. This large sprawling yet walled city gives off a very strong King’s Landing vibe, complete with busy alleys, restaurants and the slave auction which plays an important part in the film’s story.

With the Contest itself, the most thrilling, if a little too fantastical, is the scene where the warriors are balancing on large steel chains while even larger death spheres traverse the arena squashing our warriors in mere moments on impact. There is a satisfying visceral effect when this occurs.

And finally a shout-out to the music soundtrack. There is wide variety of different music used, from traditional fantasy music, to the Bernard Hermann inspired violins and the heavy rock at the end. Its varied and it suits the film. 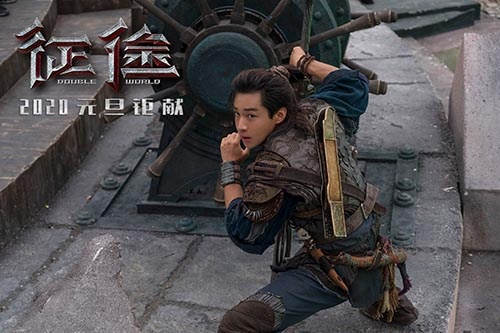 The biggest issue is the sub-stories that are told, or attempted to be told, in this movie. Following the main story is simple enough, but its when it comes to Chu Hun’s backstory with the slave Bi Nu that becomes slightly confusing. Is it really needed? Maybe, as it does build into the story of redemption of Chu Hun, but it could have been removed and the movie wouldn’t have suffered for it.

Now some spoiler talk. Skip to the next section to avoid.

While watching this film you will develop an attachment for the characters, specifically the precocious character of Little Sister Jingang. So then it is with a heavy heart when she is killed by the Grand Tutor. It’s great for character development, it makes us loathe him that much more, but it would have been great if she had survived, especially if there is ever a sequel to this film.

And speaking of a potential sequel, while its definitely NOT alluded to at the end, the complete story of Dong Yilong is never completed in this film. It would have been great to see him travel to the North, claim his birthright and unite the two lands, but alas we’re left with a cliffhanger when he mentions to Chu Hun that they will cross paths again in the future, albeit most likely on different sides. 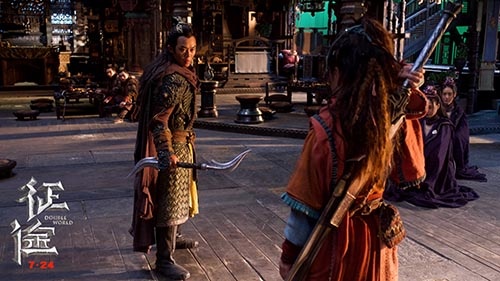 It’s hard not to like this movie, even though it is aimed at a particular audience and if you aren’t in that audience, then you might struggle to get into this film.

But if you like films like Gladiator and TV Shows like Game Of Thrones, then there is no reason for you to NOT check this out. 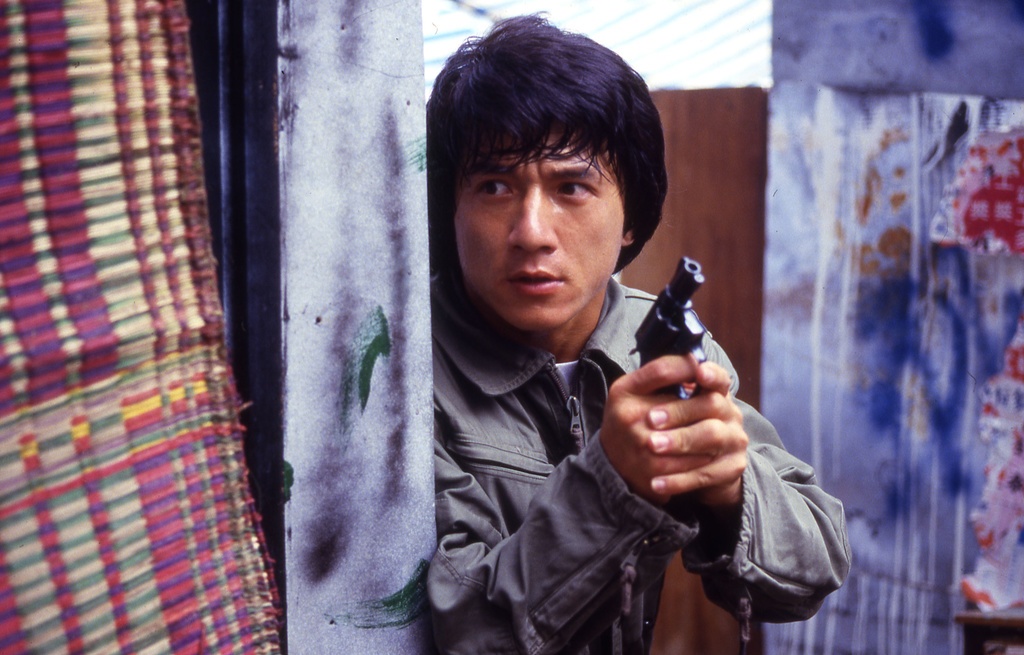