One of the biggest modern disasters to hit Japan, in 2011 an earthquake trigger a tsunami, which cause explosions at the Fukushima nuclear power plant. This movie is a dramatization of that event.
Written by The Arty Dans


It was an event the gripped the world. A massive earthquake that triggered a tsunami, which caused immense damage to the nuclear power plant in Fukushima.

Now this dramatized re-enactment aims to bring some of the drama and stories of the survivors and event to the big screen. How well did the filmmakers do?

On March 11 2011, a magnitude 9 earthquake stuck off the coast of northeast Japan, which then triggered a tsunami, the size of which was able to breach the plant’s seawall, built to try and avoid such a disaster.

The effect of the tsunami resulted in the failure of the emergency generators, meaning the plant lost power to the cooling pumps. Without cooling, the reactors cores overheated and subsequently exploded.

For more information about the Fukushima Daiichi nuclear disaster, I would recommend reading the Wikipedia entry.

This movie focuses on the human drama aspect of the disaster. We follow the plant chief and core reactor supervisor and their teams, as well as the inept Government response to the disaster.

This isn’t an action movie and it doesn’t attempt to glorify any of the rather thrilling aspects of the event, so if that is what you’re here for, you will be disappointment.

Indeed, this film is all about the drama. We’ve got the stressed-out plant chief Yoshioka, played brilliantly by Ken Watanabe, who has to juggle between the orders he receives from his superiors in Tokyo, the unwelcomed Government intervention and the safety of the hundreds of crew at the plant.

Then we also have the core reactor supervisor Izaki, played by Koichi Sato. His gruff, tough guy persona makes him suitable for the role as a supervisor who will do anything he can to avoid a crisis.

While TV actor Shiro Sano pops up the role of the Japanese Prime Minister, and will mostly be the character in this movie, alongside the head of the Tokyo Power corporation, who will cause you the most frustration, being a typical politician who meddles into things far beyond his knowledge.

And then this creates some confusion within the movie. Are we watching the story and struggles of the men and women at the nuclear plant, or are we watching a bunch of government bureaucrats bickering and ultimately not taking any responsibility?

The two leads, alongside Narumi Yasuda as Asano, are the highlights of this film in the acting department, although as will be discussed in the next section, elements of their performance can be rather jarring.

The scene of “suicide squad” releasing the first pressure valve is well edited and presented, adding some much needed excitement to the drama in this movie. In fact, most scenes involving either the suicide squad or the clean up crew are some of the best in the movie, as is a humourous scene of Asano cleaning the men’s toilets. With no running water, you can just imagine what that was like.

As well as scenes of plant drama and government ineptitude, there is also a touching yet almost expected family drama element added to the film, with Izaki’s family – specifically his strained relationship with his daughter – being the primary focus, although the interaction between the family and Izaki is relegated to one text message and a reunion scene at the end. 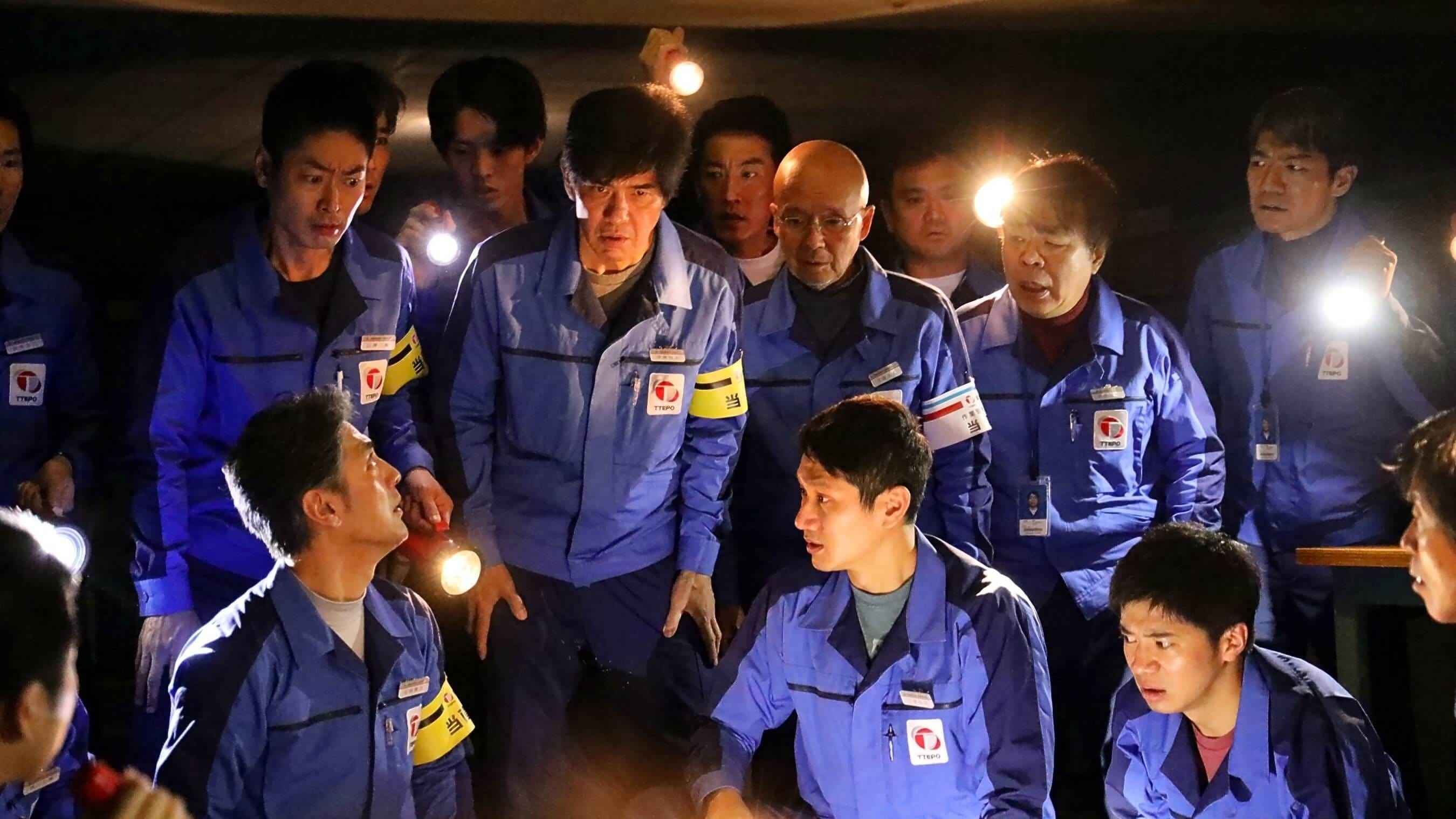 Now this might be a bit unfair to the film, as what I am about to discuss is an intrinsic part of Japanese culture, but the raising of the voices and constant apologising get very tiresome, very quickly.

Having lines being frequently repeated by several characters, just with the volume increasing with each delivery isn’t an enjoyable way to watch a film.

On top of that, it is very much assumed the audience knows absolutely nothing about what really happened and how things operate. While I appreciated information about pressure and radiation levels, the way the lines are delivered via double delivery, when one character says a fact and another repeats it, makes it feel like the filmmaker is talking down to the audience.

But perhaps the biggest issue with the film is to do with all the government characters, including the Prime Minister, and the Tokyo Power Corporation management. It was both interesting and frustrating to witness all the red-tape and ineptitude of the government, pointing the fingers but not taking responsibility. Part of me just wanted the film to focus on this, while the other part wanted less of it and more of the crew at the plant. So I don’t think these scenes achieved their purpose. 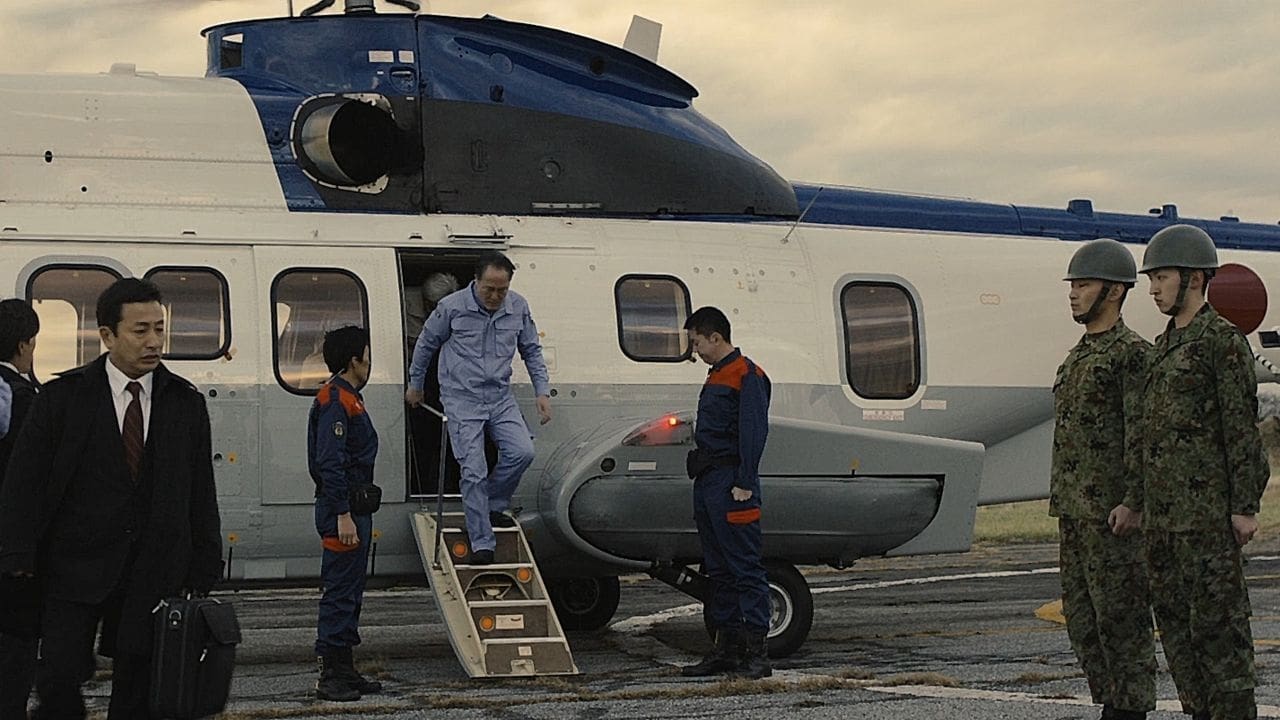 This is a very interesting film, and if you are like me who loves movies based on real events, it’s a movie that you should watch.

However, there are a few too many minor issues that stop it from being one of the best movies of the year, which is a shame because the story and the cast already put the movie more than half way there.