Two best friends are going nowhere in their lives. From working late night in a toll booth, to starting a small business in a dead market, they’re on the road to nowhere fast.

A fateful encounter changes their lives when one of them discovers that she is the heir of a large house in a small Indonesian village.

But that village is cursed, and that curse is connected to who owns the house.

And the villagers are desperate to rid themselves of the curse.

Just a warning, there will be some spoiler talk, so proceed with caution if you haven't seen this film.

Maya, played by Tara Basro who has featured in director Joko Anwar’s previous two films, and Dini work the late shift in a toll booth. Their nights are spent gossiping and wondering who this mysterious man is who keeps stalking Maya.

One night the man confronts Maya, trying to kill her. He knows who she is, he calls her by her name, but he ends up being shot by the police who come to Maya’s rescue.

Leaving behind their jobs at the toll booth, the two friends try to create a new life for themselves where they start selling clothes at a market. Maya discovers a photo of her parents and a mysterious house from her aunty and curiosity kicks in. She wants to know more, and it leads her to small village.

On arrival at the village they notice an absence of any children. They look for the village chief hoping to discuss the handover of the house, and discover that he is a talented puppetmaster who travels to different villages to entertain them.

During their first night, a commotion runs through the village. One of the pregnant women is about to give birth. But then tragedy strikes and the next day the village is conducting a funeral.

From then on the two women become entrapped in the mysteries of the village as they discover Maya could be the key of ridding the village of its terrible curse.

It’s a slow and methodical horror thriller that’s been craft with a lot of care and attention – well at least the first two thirds of the movie are.

Fans of horror films that build up the mystery and tension are sure to enjoy the story and world that has been crafted here.

This movie builds upon the desperation of a character who thinks she’s found an easy ticket out of her tough life, and keeps that up right until the very end, which unfortunately has it’s own issues which we will discuss in the not so hot section. 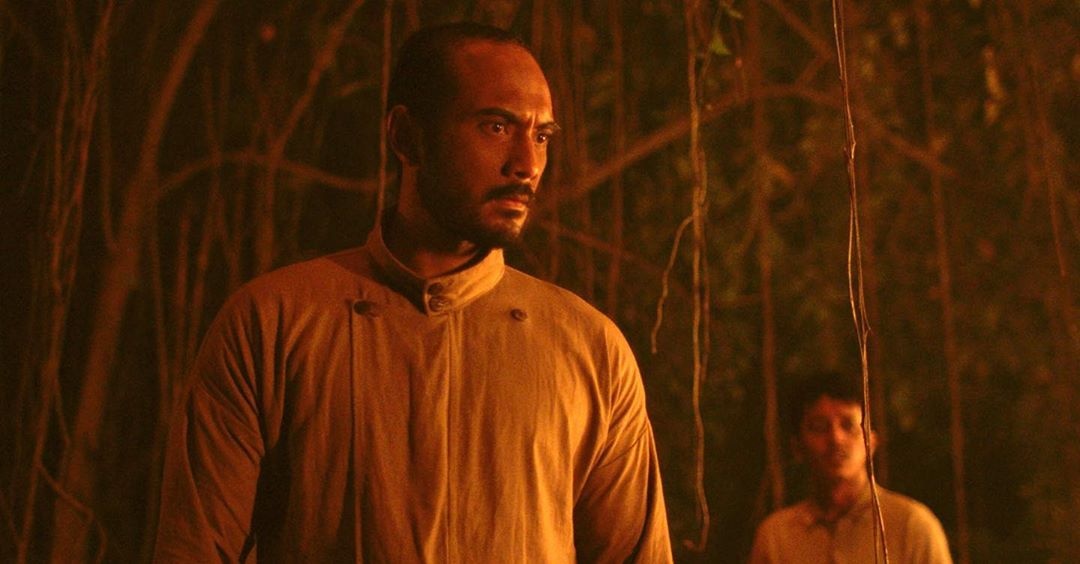 There are a lot of great horror scenes in this film, made possible by the director’s clever use of filmmaking techniques.

Lighting, sound and frame composition are used to great effect in this movie to create a traditional creepy horror film.

Echoing screams of childbirth in a quiet village are matched with a constant low rumble in the music track with mysterious instruments giving off a sinister Buddhist temple vibe.

Additionally, the night times scenes are most impressive, with a strong red and yellow hue, used to emulate the glow of fire and heavy shadows and darkness adding to the overall creepy vibe of the village. (1.12.12 of the house). There’s also some great shots of moonlight streaming through the forest trees.

The lore of the movie, told at around the 1 hour 20 minute mark, is also very interesting and helps to close the loop of what is going on in this movie and why the villagers are acting they way they are. It keeps with the style of the movie, but I can’t help but wonder if it might have served better at the start of the film. Although I understand the director has tried to craft a more slow burning film, and this scene at the start wouldn’t have had the effect he wanted.

Something I have noticed with a quite a few modern Indonesian and Malaysian horror films is the creepy village settings. Malaysian films like 7ujuh and Souls, a review of which is coming soon, create atmospheric yet sparse villages, where as the village created in Impetigore seems very lively. There’s always something going on and people moving around, adding to the overall atmosphere

While the horror elements that make up the first 2 thirds of the movie are well done, it all starts to fall apart towards the end.

The ending of the movie, the scenes just before and after the flashbacks, feels rushed and almost tacked on. Such a shame as a movie like this, that has spend so long building up the suspense and tension with the audience, deserves a much stronger ending than what is delivered.

And while I mentioned I like the lore, I don’t like the way its presented to the audience. It’s very reminiscent of the movie version of Silent Hill where it comes to grinding halt towards the end as the main character, and by extension the audience, is sat down and told word for word what’s going on. It was insulting in Silent Hill, and it’s a bit of a turn off here.

Some mild spoiler talk now, which may not ruin your viewing of the movie if you haven’t seen it yet, but be warned and skip ahead if you don’t want to be spoilt

Asian cinema has had lots of success with the scary children trope, but it is a shame that the trope had to be relied on this film. While the three little girls play an integral part of the story, they might not have the effect that the director was going for.

This is then coupled with the rather quick way that Maya resolves the curse. It makes you wonder than anyone could have done that, it didn’t need to be Maya.

My last gripe with the film, and it’s a big one, is the way the film ends. Revelations made to characters who should be smart enough to already know what’s going on and the psychotic mother who refuses to believe Maya and just wants to chop her up.

And then the final scene – what is the purpose of it? Is it that the curse is back, or that there is a new curse? And is this an excuse for a sequel we probably don’t need? 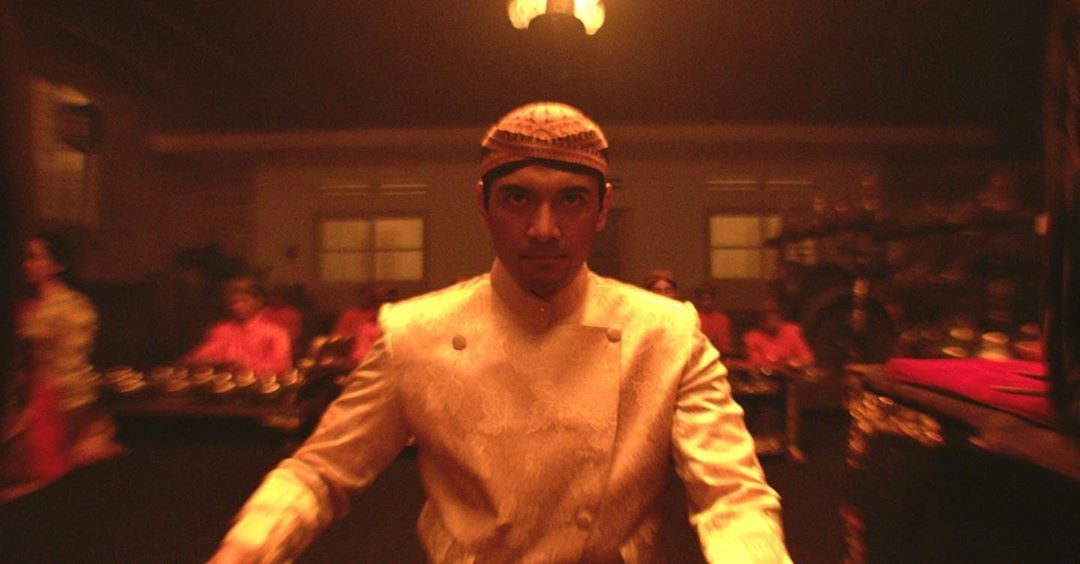 If I was judging this movie on the first two thirds, I would say this is a fantastic Indonesian horror film and I would watch it twice

But when you factor in the ending, well that changes the overall dynamic of my recommendation.

It’s still worth a watch, especially for lovers of creepy horror films, but it’s not the must watch I was hoping it would be.