Watch All 5 Trailers for Zhang Yimou's My People My Homeland


Zhang Yimou has assembled the best and funniest talent in China right now for his latest blockbuster - the comedy film My People My Homeland.

Zhang is not in the director's seat though, as he takes up an executive producer role. But leading the way through these five funny short stories is Crazy Alien director Hao Ning, with Zhang Yibai (Leap, My People My Country) also in a producer role, affectionately known as the "mastermind"! 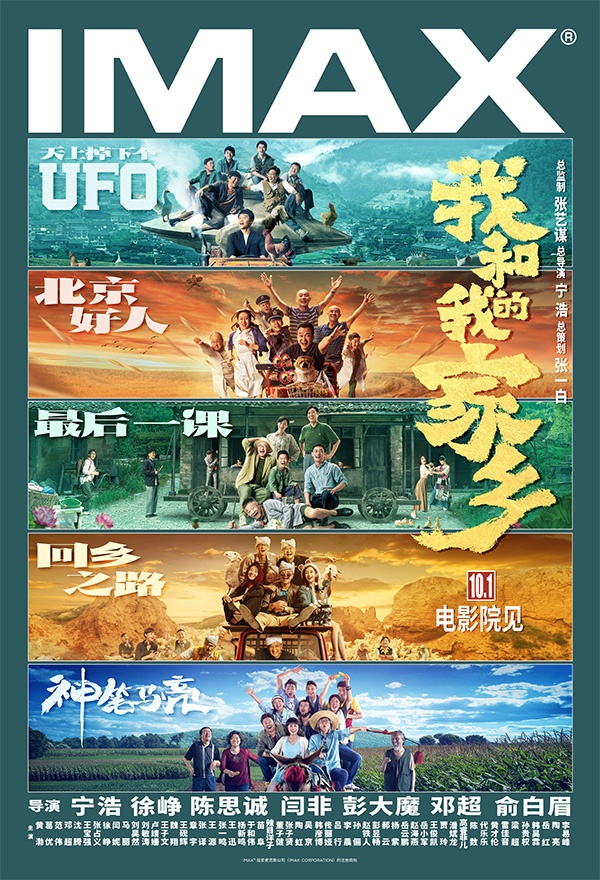 If you're thinking the movie title sounds familiar, that's because it is. Last year a very patriotic film, directed and starring some of the biggest names in Chinese cinema, was released called My People My Country to celebrate the CCP's 70th anniversary. Seems like Yimou has taken the concept and turned it into a comedy. And we've got all five trailers, fully subtitled into English, for you to enjoy

In this story, a UFO crash lands in a remote Chinese village, and the village leader and his son come up with a plan to trick the national broadcaster CCTV into thinking that there was an alien on board!

In this story, an aging small time actor retells the story of the time he was asked to perform in a Zhang Yimou movie.

In this story, ex-students living in a small village re-create their favourite teacher's last class. The problem is, it's been almost 30 years since he taught the class, and they want to re-create it exactly to the last detail!

In this story, a man recognises a woman from his hometown in Mongolia and targets her for a scam, only she's more clued in than he thinks!

In this story, a couple find happiness amongst sunflowers, but is it really happiness?

In all the initial materials we received for this film, there was supposed to be six stories, however there was either a mistake in our interpretation or there was a sudden change and removal of the sixth story. Certainly, a few of the other big name actors set to appear in this film like Lei Jiayin (starring in Zhang Yimou's upcoming Under The Light) and Hu Ge seem to be missing from these trailers, but perhaps they play very small cameo parts.

My People My Homeland is set to release in Chinese cinemas on National Day, October 1 2020

As always, Asian Film Fans has translated the original Chinese trailer, adding English subtitles for you to fully enjoy.

We give permission for you to share or republish this article, including the trailer. We just ask you acknowledge Asian Film Fans.