Get The Tissues Out! These Korean Films Are Guaranteed To Make You Cry

Every once in a while, a sad ending is refreshing to watch. It tasks away from the sense of security that watching happily-ever-after endings build....

Every once in a while, a sad ending is refreshing to watch. It tasks away from the sense of security that watching happily-ever-after endings build. But movies that can make you laugh, cry and yell deserve a special mention altogether. Korean cinema is full of masterpieces that have effectively used family and class melodrama to gain fans across the world. These are movies that cannot be simply defined by the word 'sad' since a lot of them have satisfactory endings that justify the means. These are movies that use nuances from the world around us, that take regular characters and follow their lives full of small happiness and petty sadness. These are movies will make you treasure your time, understand a culture or finally speak up.

And sometimes, you just need that one film to suit your miserable mood and made you cry! If it is one of those days where you are looking for a nice, ol' cup of sadness, we've got just the thing for you. Did you know that crying once in a while is actually good for your skin? (Lysozyme in tears can kill bacteria, not to mention the reduction of stress due to letting it all out). So let them tears flow with these tear-jerkers from Korean cinema!

Nam-soon is a man who cannot feel any pain. Since a traumatic event in his childhood, he has lost the ability to experience physical pain. He now works as debt-collector who harasses the clients of his master by threatening to kill himself in front of them. The movie begins with him bashing his hand in with a brick, and the poor debt-ridden man begging him to stop, lest he kills himself and implicates the other. A weird reverse psychology tactic indeed. Dong-hyun is one of the clients Nam-soon is after. After acquiring her final life savings, Nam-soon takes pity on the poor street-vendor and decides to allow her to live with him. We soon uncover that Dong-hyun suffers from haemophilia - a disease which impedes the blood's ability to clot. Even a minor cut could be fatal for Dong-hyun who could bleed out. 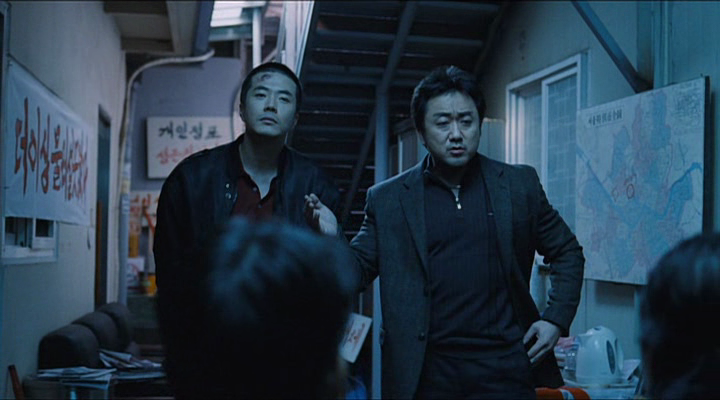 As this unlikely duo begin to share a home, Nam-soon starts being able to feel pain again. Pained is a movie that has both happy and sad moments but falls predominantly into the latter category due to its ending. Why did Director Kyung-taek Kwak choose to end it the way he did? I do not know. All I do know is that despite the slightly predictable plotline, Pained is not your cookie-cutter love-wins-all movie. It is full of action, blood, violence, and has an ending that will ruin your sleep. The movie begins violently and ends pretty much the same way, and perhaps when you take away the action sequences, what remains at its core is a selfless tale of love.

Ode to My Father is the kind of story that cannot be summed up. It is the tale of one man's journey through life in post-war Korea. How can you sum up one's life into a synopsis? In the 1950s, Deok-soo and his family travel across the border, escaping what is today known as North Korea. Over the years, Deok-soo grows up and assumes responsibility for this family instead of his absent father. He does odd jobs, works at dangerous mines, experiences important historical events, enlists in more wars, and meets a wide assortment of people. In the midst of all this, he falls in love, has children, loses loved ones and makes sacrifices for this family. Deok-soo is not one man - he is everyone from that generation who struggled through a time rife with unrest.

Director Yoon Je-kyoon has taken an important piece of Korean history and brought it to the screen. It is a movie that for many of the older generations, describes their daily life. Full of old trot music, patriotic songs, and nostalgic hymns - Ode to My Father is essential for anyone looking to understand Korean history and culture. While the movie is not inherently sad - it is bittersweet, just like life. And the end is sure to make you both sad and nostalgic.

A Moment to Remember is the story of a couple who overcome class differences and social boundaries to marry one another - only to face yet another difficulty and one that cannot be solved by themselves. Soo-jin is fashion designer, whereas Chul-soo is a construction worker. The two meet under unlikely circumstances, one that is not conducive to romance. Yet, one embarrassing incident follows another, as the duo keep bumping into one another, and our lead pair find themselves falling in love. The first half of the movie focuses on the couple's courtship and journey towards marriage. Jung Woo-sung plays the tight-lipped Chul-soo who rarely talks about his feelings, but does not fret while expressing them.

Mid-way to their marriage, Soo-jin develops symptoms of forgetfulness. Anyone acquainted with soap operas knows where the storyline is headed from this point on. But even with this over-done trope, Director John H. Lee manages to infuse a reality and freshness into the movie. The plot realistically focusses on the hardships faced when loving someone, who you know will probably forget your face in a few hours. And the stress does take its toll on Chul-soo. The movie chooses to focus on the gritty details - Soo-jin forgetting his name, not retaining her manners, Chul-soo scribbling away on notes. The film went on to become one of the most successful Korean films ever, occupying top post at the box office for two consecutive weeks.

It seems that a lot of the movies in this thread deal with two eccentric individuals overcoming all odds! And with that trend in mind, Always is the next film on our list. Always is the kind of movie that one finds hard to believe, but still end up crying all the way through. Chul Min is an ex-boxer and reformed prisoner and now works as a night-time parking attendant. Jung-hwa is a telemarketer, who has been left blind after an accident. In true Korean movie fashion, the duo fall in (surprise!) love. But here's when the script changes. What was it that left Jung-hwa blind? And could it be in any way related to what Chul Min had done four and a half years ago that got him sent to prison? You'll have to watch the movie to find out. The movie is a modern retelling of Charlie Chaplin's City Lights and was the opening movie at the 20th Busan Film Festival.

Always appeals to a wide range of audience. The leads are grown up, but they have far from perfect lives. The male lead, by all means, satisfies the criteria of a delinquent. Tragic past? Check. Occasionally violent? Check. Unlikely romance? Check. The movie begins, by all means, a chick flick and lulls you into a sense of security. Only to create an atmosphere of suspense mid-way that makes you wonder if you are going to get your happily-ever-after after all. Always has a satisfactory, if not a happy ending. There is hope for the future, there is hope for Chul Min.

The only movie on this list to deal with a love triangle! Daisy is the tale of Hye-young, a struggling artist in Amsterdam who makes money by making portraits on the street. We soon come to know that Hye-young has a secret admirer who prefers to remain distant due to the nature of his work (suspense). Instead, all he does to make Hye-young aware of his existence is leave a daisy every day at a place she visits. Jeong Woo is in Interpol detective who is trying to solve a case related to a drug ring. He scans the area by sitting for Hye-young's portraits. Over the course of their time, the two fall in love and Hye-young assumes it is he who has been sending the daisies.

In the next half of the film, we leave the romantic scenery behind as action takes the forefront. The plot unravels with elements of contract killing, secret alliances, and undercover missions. a chance altercation leaves Hye-young unable to speak and Jeong Woo in the line of fire. Even if the sudden change sounds outlandish, watch it for Jun Ji Hyun's amazing acting, if nothing else!

Know more films like these? Let us know in the comments! 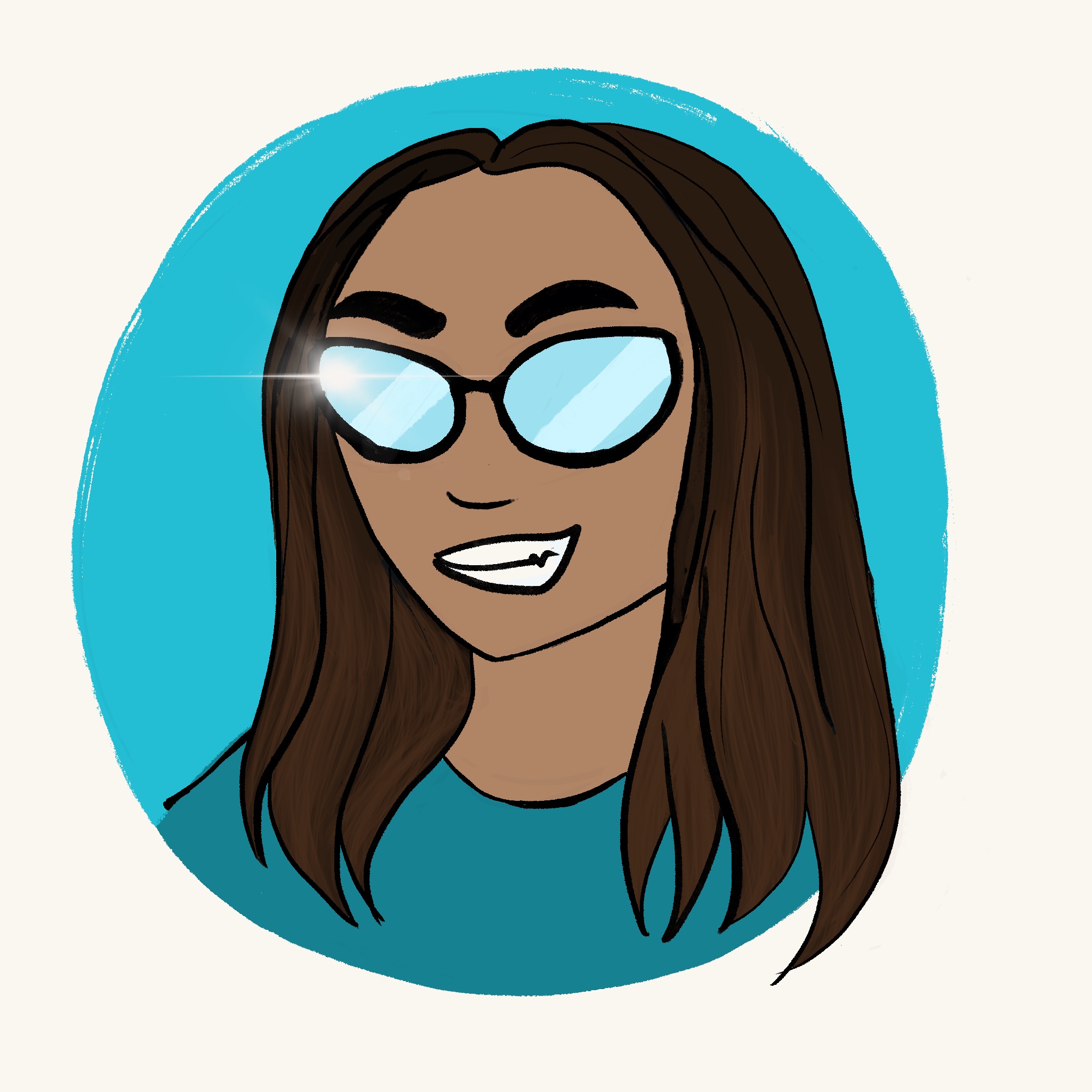