Chinese horror movies are in a world of their own. In this series, we will take a look at them and how they get around censorship to deliver a...
Author The Arty Dans

Welcome to our series of Chinese Horror Movies Explained. In a country where horror movies are heavily regulated and censored, filmmakers need to find clever ways to get around regulations. And in this series, we explore how they did it!

In this video and article we will take a look at the 2017 Horror Thriller Haunted Dormitory: Marionette Teacher. Be warned, the video below contains spoilers.

Set in what could be the most sparsely attended university on the planet, this movie tells the story of a mysterious house on the university grounds where the ghost of a dead teacher haunts anyone stupid enough to go near it.

Late one night while on a snack run, our unlucky victim Xiao Cha – hears the cries of the ghost teacher and immediately decides she wants to do whatever she can to help it.

But the only thing she can do is become a victim. 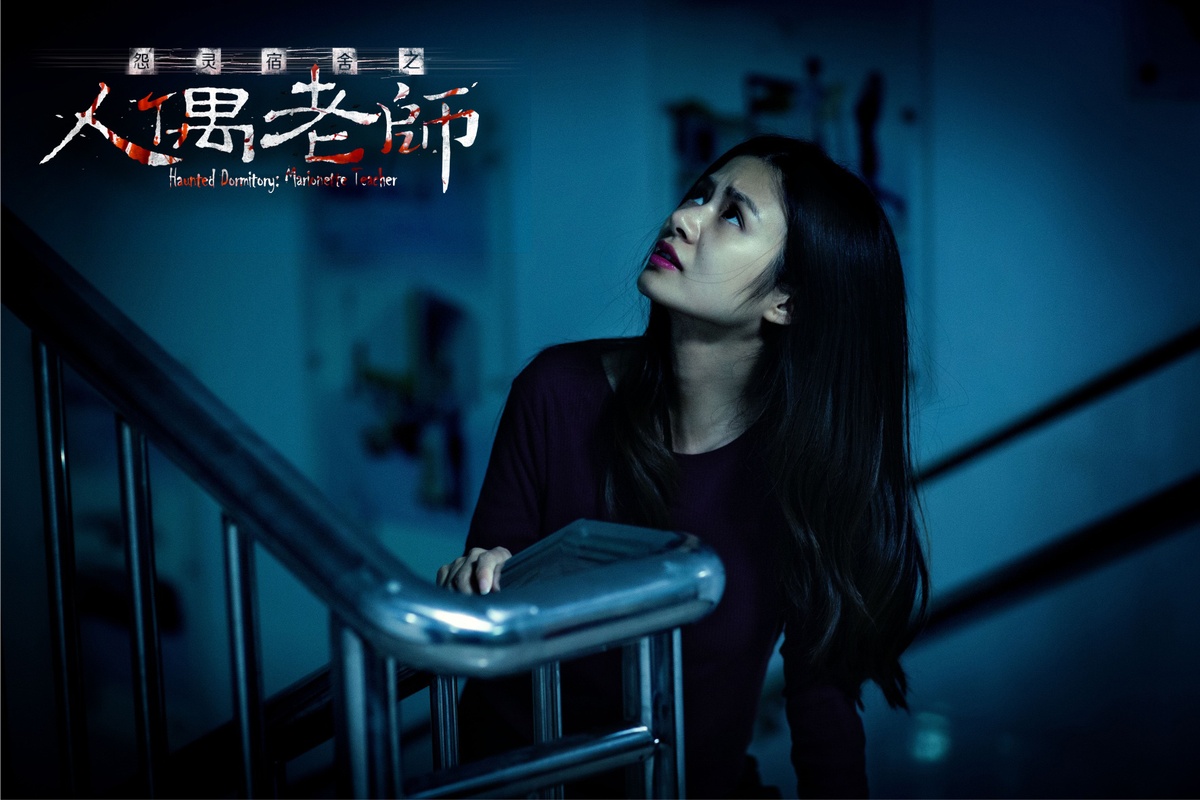 Xiao Cha’s friends, who again strangely are the only people who seem to attend this university, go on a quest to find her, but stumble across the story of the ghost teacher.

I wish I was joking, but her name is spoken by all the characters, except for the ghost teacher, no less than 119 times. You know how I know this? I counted because it was such an annoying element of the movie, and its something that will really grate on your nerves,. But it’s not just her name, all the names of all the characters are just constantly repeated. Lazy scriptwriting, but an easy job for the subtitler. 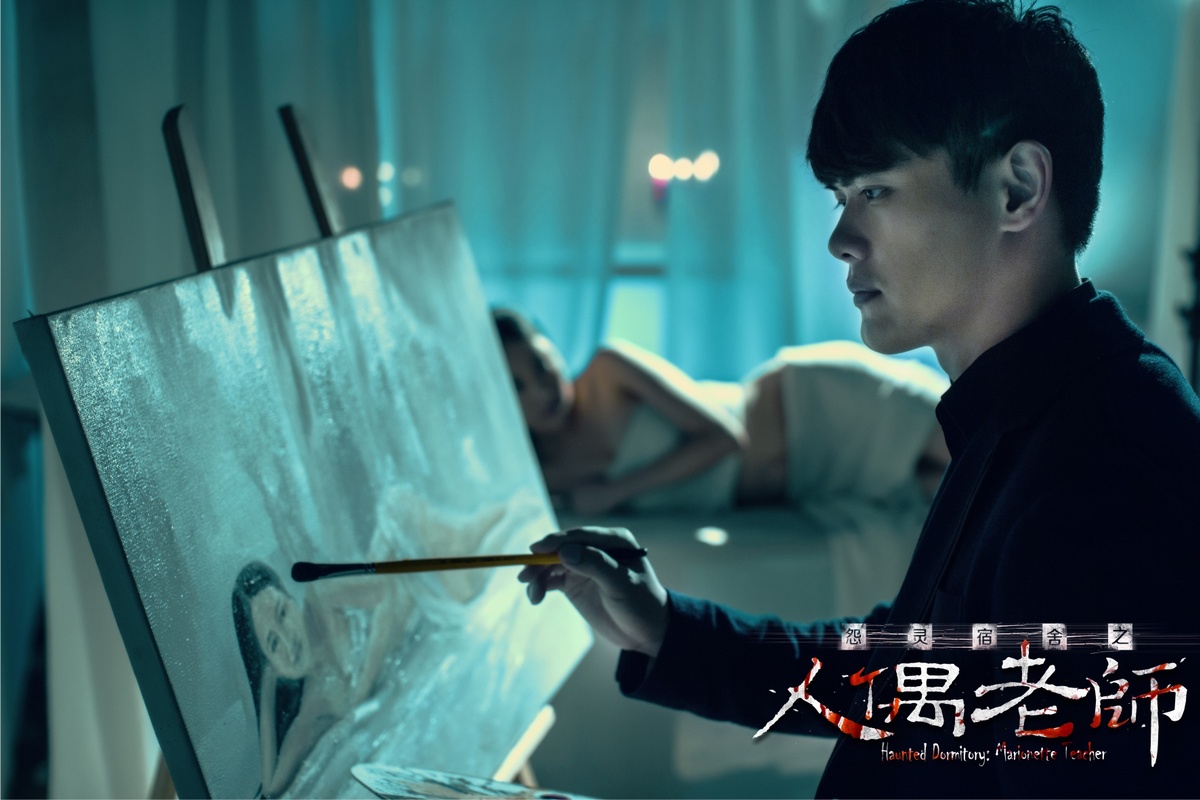 The Marionette Teacher is actually an art teacher from the school, who died on campus after a candle set a sheer curtain on fire. She was modelling for a student who stepped out for moment to find a flower, and she subsequently perished in the fire, her body never recovered.

10 years later and here we are – with in fact the whole campus on a holiday break except for our lovely cast of characters.

Marionette Teacher has a burnt and disfigured face, so to get revenge she lures pretty young girls on campus into her house where she skins them. Charming. 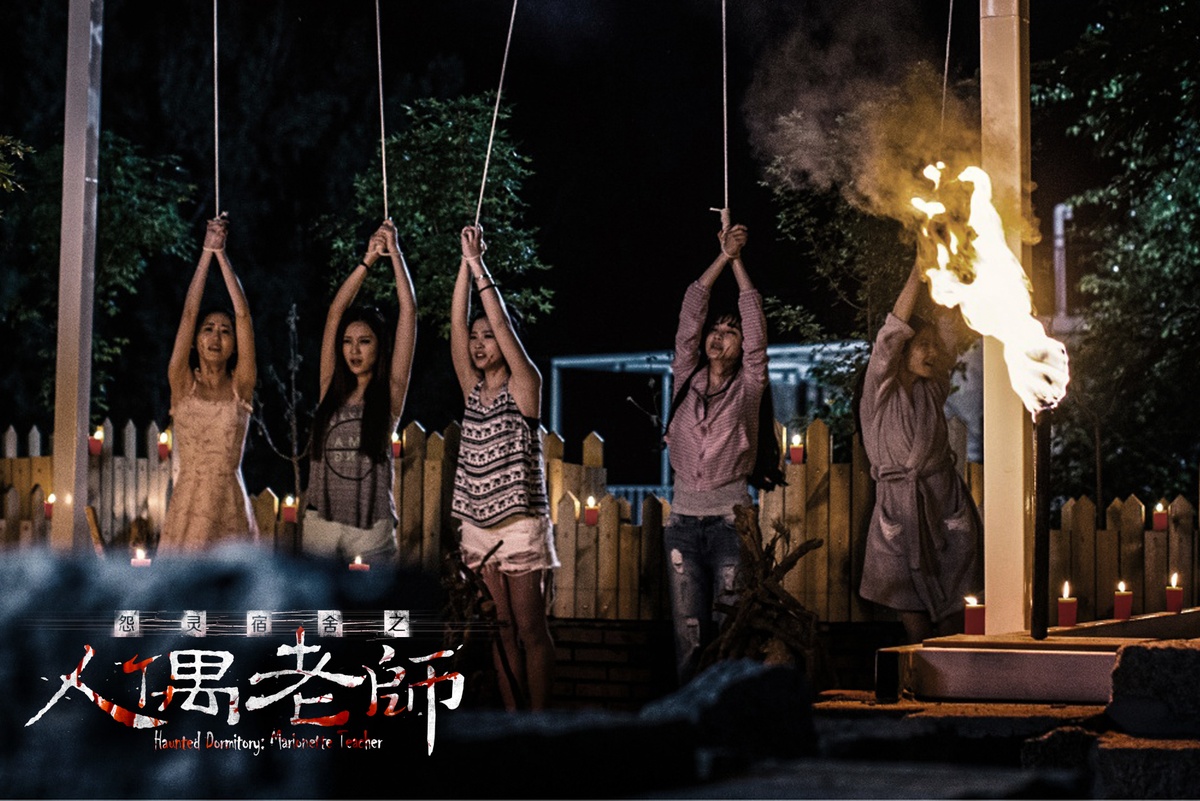 But sounds like a decent horror movie story though, right? It’s got great music, although pretty sure they’ve stolen it from somewhere and the ADR is annoying with all dialogue re-recorded in studio, and some fantastic horror movie camera angles and frame compositions.

So we’ve got a ghost of a teacher, killed in a fire, who hunts girls for their face skin.

How'd they explain this one?

Well this one is a triple explanation.

Yes explanation 1: Marionette Teacher is not Yuzi, the teacher who died, but rather Gu Yuan, her lover. It’s a male pretending to be female. 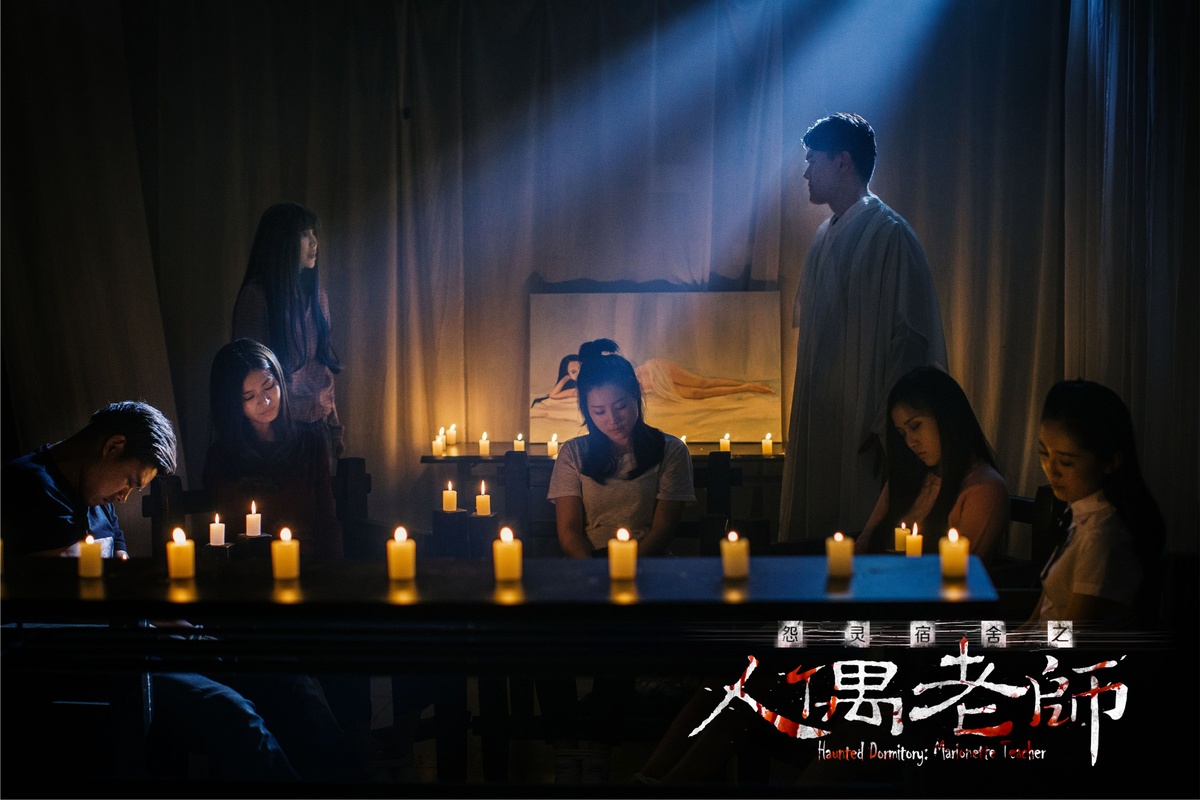 Ah, but the characters remark, we saw both Gu Yuan and Yuzi at the same time, so how can he be the same person. Well, that’s explained as… drumroll a Hallucination! Yep, Gu Yaun drugged the kids so that they thought they saw 2 Marionette Teachers.

But you know what, those two excuses don’t actually make sense. And one of the characters in the movie agrees with me because in fact in explanation 3..

Marionette Teacher is real! She actually never died in the fire, she just has a horribly disfigured face, and no one other than her lover and the groundskeeper know she exists. That’s right, her family doesn’t even know she is still alive and probably believe she died in a fire. 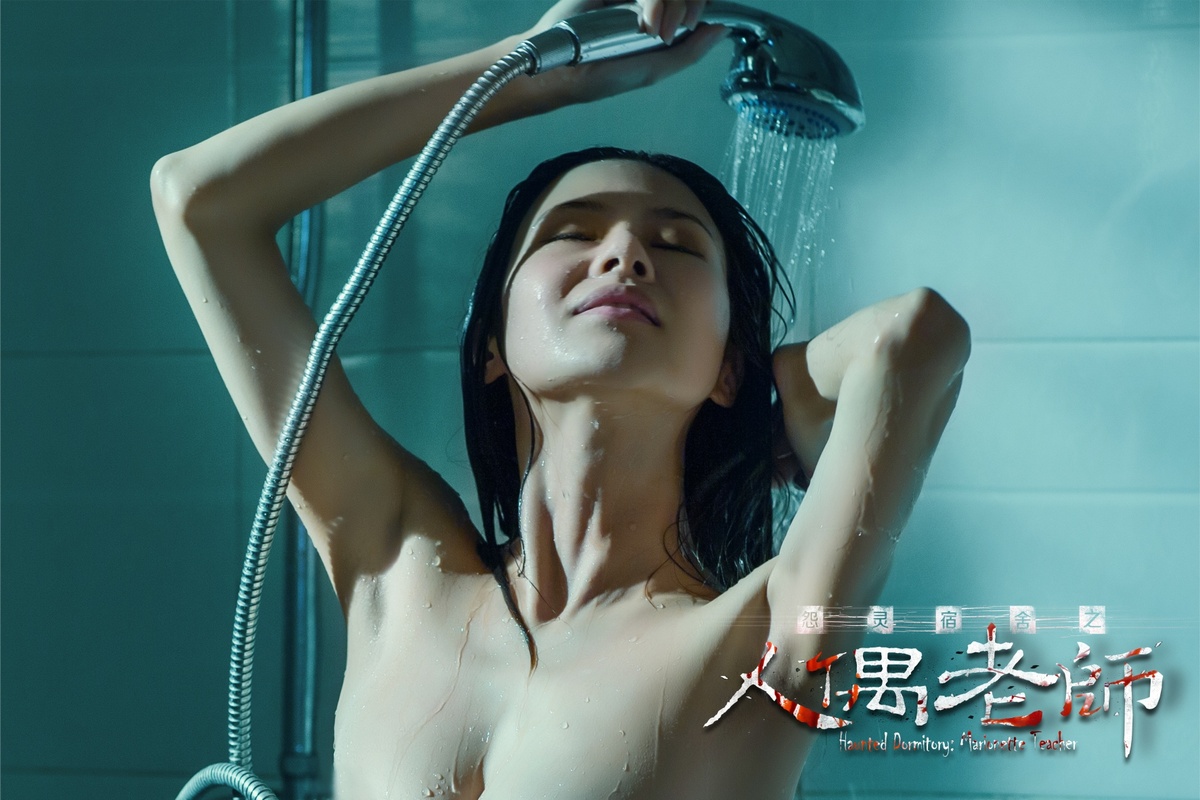 Phew, that was tough to explain.

If you watch this movie, take note of the graceful way the Marionette Teacher floats across the scenes.. and how many times Xiao Cha is said…

Watch out for our next Chinese Horror Movie Explained, where we will take a look at Haunted Graduation Photo series. In the meantime, check out the original video that started this series