A man in a clown mask and his wounded hostage hole up in a hospital with a young doctor and the night crew, searching for the secret hidden within
Written by The Arty Dans


A man in a strange clown mask holds up a convenience store and takes a hostage.

A young doctor gets tasked with the night shift at a hospital for invalid patients.

But their two paths cross when the masked man makes his way to the hospital with the injured hostage, demanding the doctor saves her.

But when the masked man won’t leave, questions start to be asked, and secrets will be revealed

Hi I’m The Arty Dans from Asian Film Fans and welcome to this review of the Japanese thriller Mask Ward.

Shugo Hayami is asked by his deceased fiancé’s brother Kosakai to take the night shift at the hospital he works in.

This hospital, which is full of invalid patients with dementia who have no identity, is an old psychiatric institution, and is staffed by a skeleton crew of 2 nurses, a doctor and the hospital director.

Shugo watches a new bulletin of a convenience store robbery and is then called down to the mysterious operating theatre, which he has been advised is no longer operational.

A man with a clown mask, the convenience store robber, is in the hospital foyer with his injured hostage Hitomi. A gunshot has grazed her stomach and caused a wound, and she needs urgent medical attention.

After he completes the surgery, he notices the robber refuses to leave. He seems to be looking for something within the hospital, which piques the interest of Shugo and Hitomi, as they notice the nurses on duty and the dean seem to be hiding something.

What is going on in this hospital? What secrets are the staff trying to hide? And what has Shugo gotten himself involved in?

Check out the Binge Review below, Spoiler free!

In regards to Japanese thrillers, this movie follows a very similar blueprint to most that have come before it.

It starts off very strong, and will get your interested almost instantly. With a small cast of characters to keep tabs of, this has allowed the filmmakers to spend more time to develop the two main characters of Shugo and Hitomi, while also giving us just enough information to piece together who the other characters in the movie are.

However, this is a movie of two very distinct halves, and with a running time of almost 2 hours, the first 80 minutes are gripping and interesting, but as the film attempts to plug in all the story gaps in the last 30 odd minutes, it’s when this movie falls apart and leaves a disappointing taste in your mouth. 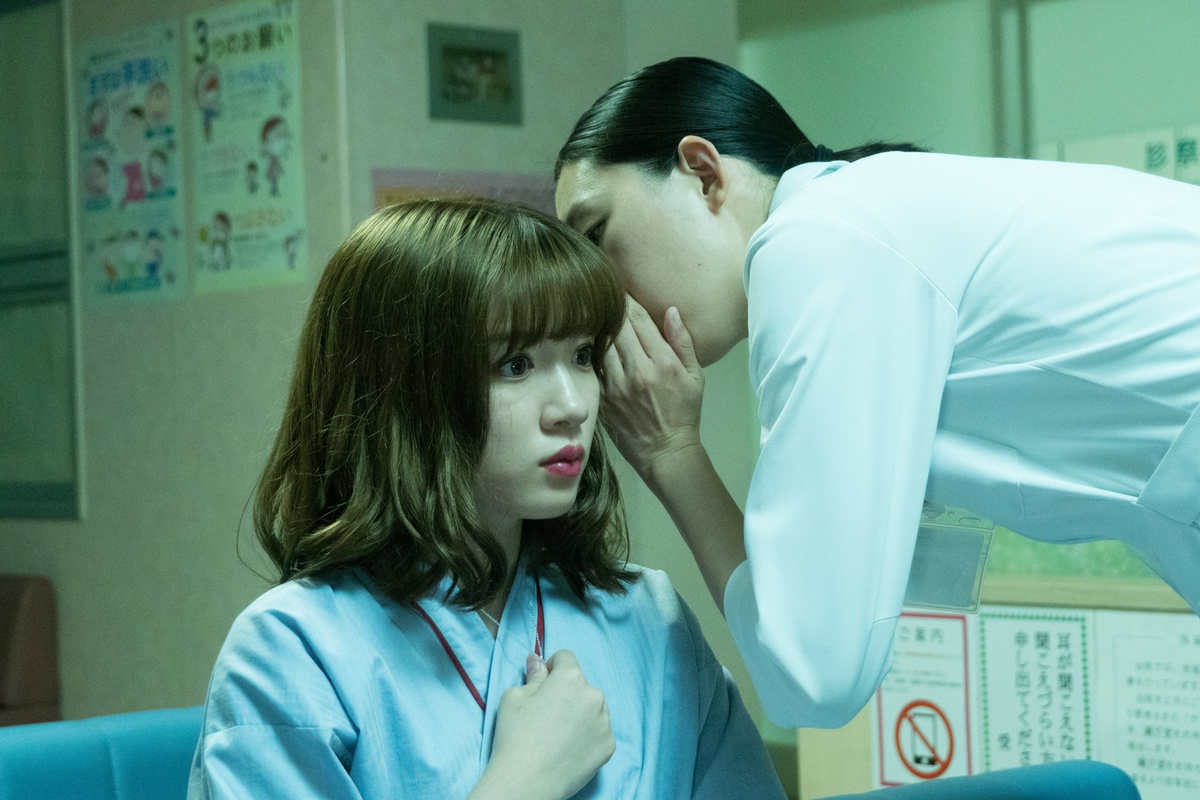 As mentioned, the first 80 minutes of this film are great, and had it ended there with a shorter and more logical wrap up, this movie would be a highlight of this year.

The Mask villain, the clown character, is sufficiently imposing on screen without going too far down the cartoon bad guy. His presence instils fear in the characters, which in turn instils dread in the audience. In a good way though. 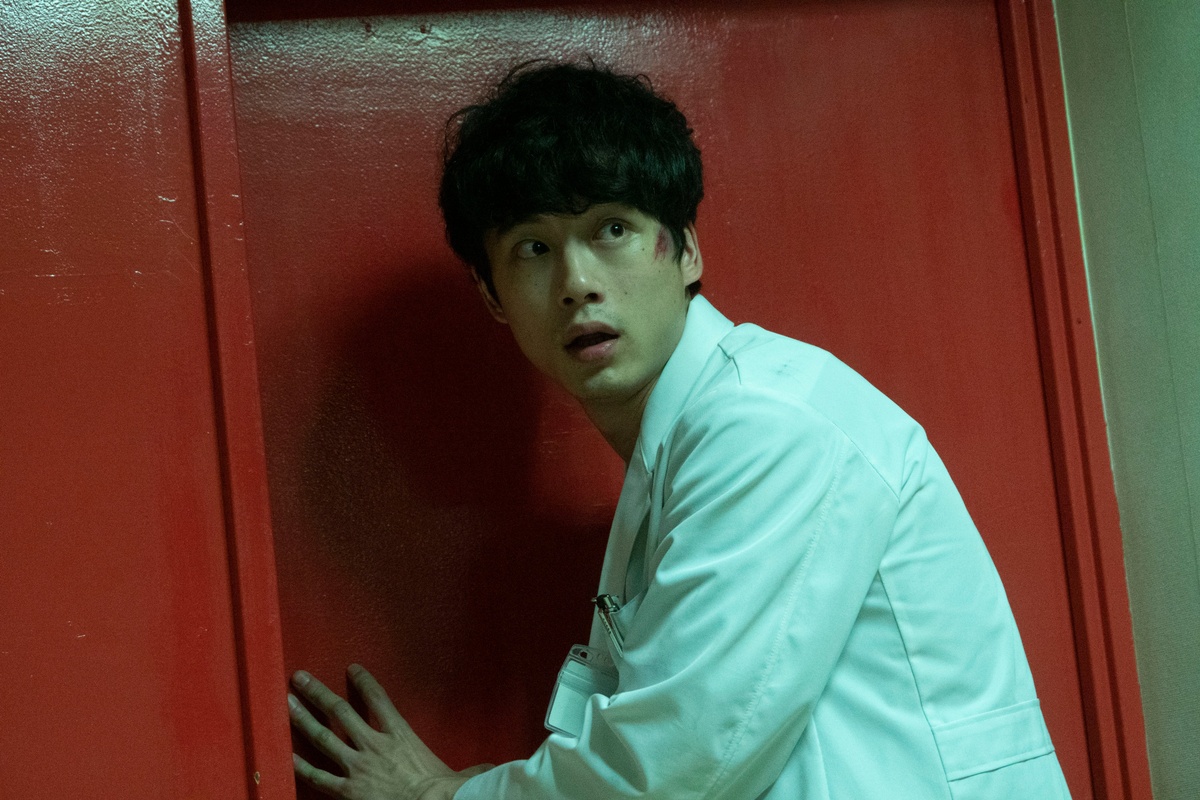 One of the biggest negatives when it comes to mainstream Japanese thrillers is the rather unstructured way in which the story unfolds. As the audience, you are expected to over look plot holes when the big reveal occurs, but most of the time it’s just raises more questions than answers, and in this movie its really obvious. 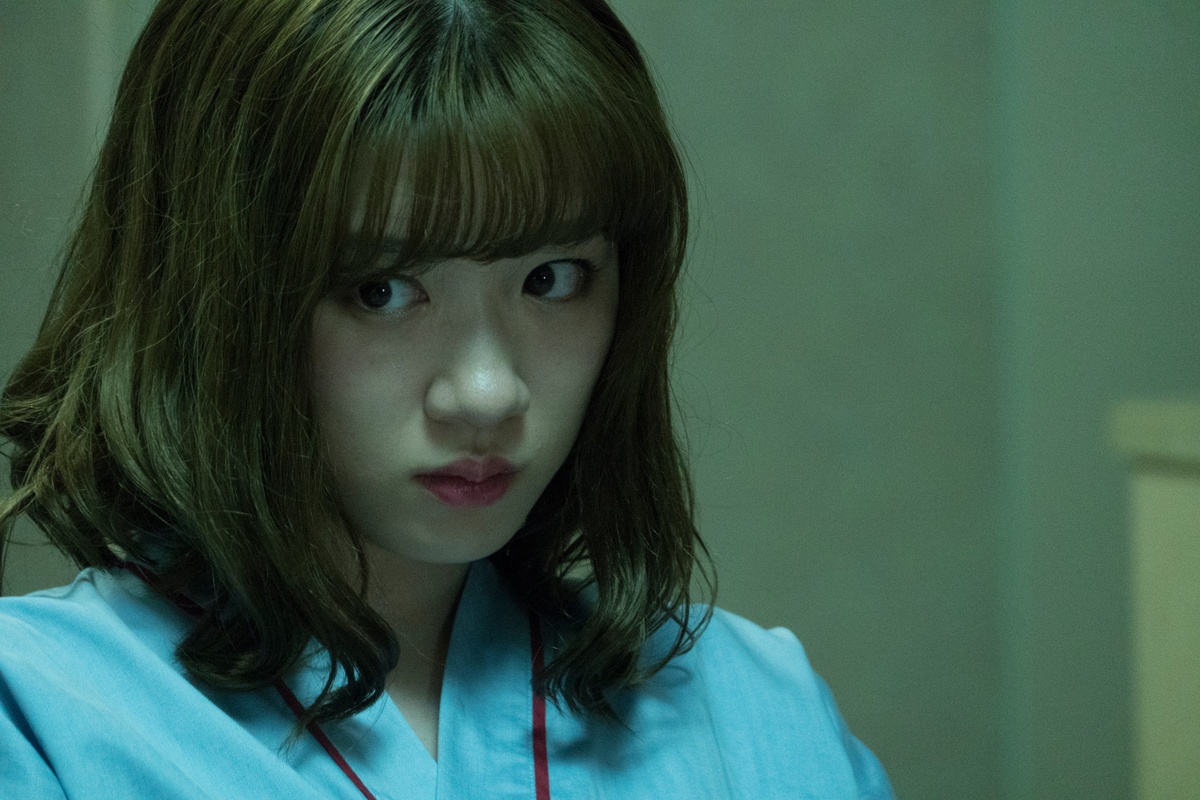 As you can probably tell, I wanted to like this film and the first half certainly is very likable, but the ending really pulls the whole thing down.

However, there is a probably a big audience out there who can forgive it, and for that reason…