A single mother finds out her son is an e-sports champion. But she wants him to keep studying. So what does she do to solve this dilemma?

Video games and movies. With the rare exceptions like Detective Pikachu and Sonic The Hedgehog, they’re usually not so good.

But what about movies that use games as their hook? That’s what we’ve got here with Mother Gamer.

It’s a strange and enjoyable 2 hour mix of advertising for the game Arena of Valor, and a family drama about the generation gap between mother and son.

And it’s actually a fun film to watch.

Ohm is a serious gamer, the best in his online clan for the game Arena of Valor. But Ohm’s mother doesn’t know anything about his secret life. She thinks he is the perfect student, and he is. He is the student of the year at his school, where she also teaches, and his grades are almost perfect.

But when Ohm asks for her permission to enter a tournament where if he wins he will represent Thailand in an international tournament in Korea, she refuses. She doesn’t want this to get in the way of his graduation, but doesn’t realises that, so far his gaming hasn’t interfered at all.

She tries to pull him out of the clan, but the clan leader refuses and demands compensation. Realising that she can’t afford the compensation, she instead creates her own e-sports team, made up of ex-members of Ohm’s clan, with the hopes of ensuring her son loses the tournament.

After one of the team members is recruited to another team, she is forced to fill the gap, learning the ins and outs of how the game works, and eventually becoming a reliable player.

This movie follows the usual Marvel movies story plot, so you can probably fill in the gaps of how this movie plays out. I was a little worried at first that because this was based on an online game that popular in South East Asia amongst teens, I wouldn’t be able to enjoy it.

But this is movie is a little more than that. This is more to do with the mother, Ms Ben, discovering more about who her son is and, by extension, who she is.

We see her as this boring, straight laced, helicopter mother who demands her son studies rather than play. She’s a busy-body, kind of like Helen Lovejoy from the Simpsons. She needs to know everything, she needs to make sure young people aren’t having fun while at the same time breaking her own ethics just to do it.

The movie tries to pitch itself to a late teen audience with the style and graphics used throughout, but the focus on the mother character seems to indicate that the filmmaker tried to pitch this to an older audience as well, trying to bridge the generation gap that’s probably never been more obvious than this technological age.

On top of the game moments, which I didn’t quite understand because I don’t know about the game, there are a few very strong themes and elements in this movie. Some obvious, some not so obvious.

The obvious ones are the depictions of communism with Ohm’s clan Higher. When we first see the clan, the are in a grey, windowless room, with their coach standing over the top of them from a podium. Behind him is a very propaganda style portrait on the wall, with everyone in the team too afraid to speak out. Individualism isn’t allowed. Even though Ohm is the best in the team, the coach has no concerns about replacing him.

Sounds exactly like communism, right? And just in case you miss it, they also used the raised fist with a hammer as their logo, and are coloured in red.

I wonder who they could be representing?

There’s also the themes of excessive technology use, the over-reactive response to it, and the whole “do as I say, not as I do” element.

For the mother character, it was great how the team was able to exploit her strength to help them. In polar opposite to the team Higher, her team, which she affectionately called Ohmgaga and strangely no one in the team picked up what that was reference to, praises her individual efforts. She has a very strong sense towards math, and being able to recall multiple numbers at once. The team uses this to their advantage to know when they can use attacks and how long their cooldown periods are, as well as those of their competitors.

Think of it as the casino equivalent of counting cards, only its not illegal. Yet.

But I have a big big issue with the movie, that if was handled different would have resulted in a completely different film. Whether that would have made for a better film though, that’s debatable.

My issue is with how Ms Ben reactions to the fact her son is an elite gamer. Her first reaction isn’t one of pride, but to immediately want to destroy something that makes him happy.

She goes so far as to create an opposing e-sports team, recruit his ex-team mates and pushes them to play to their best to ensure they beat her son’s team, without her new team knowing why she is doing this.

Then to make it worse, she even considers re-mortgaging her own house, losing where she and her son lives, just to get him out of gaming. Talk about cutting off your own nose to spite your face.

And this left me with a dilemma. On one hand, she’s actually a really interesting character, and her growth throughout the movie is enjoyable to watch. It doesn’t go far enough, but it’s still enjoyable.

But on the other hand, she’s horrible. And how she treats her son, who is largely forgotten about during the middle part of the movie, can leave a bad taste in your mouth.

But I still really enjoyed the film. There are lots here to make you laugh out loud, like the toilet scene on the bus, and you don’t need to be a fan of the game to enjoy the film

I’m going to give this a thumbs up, I’d recommend watching it for a bit of fun. 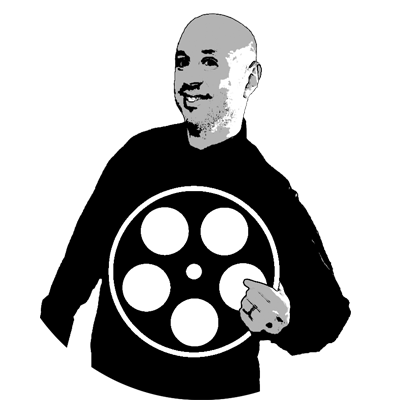