The jewel in the crown of Chinese cinema, and the best animated film China has ever produced, based on the classic folktale of the deity Ne Zha,
Author The Arty Dans

This is 2019’s Chinese movie of the year. A jewel in the crown of Chinese cinema, and the best animated film China has ever produced.

Based on the classic folktale of the deity Ne Zha, the filmmakers have taken some liberties in crafting a more family friendly tale involving the well known characters including The Dragon King Ao Bing and the immortal god in waiting Taiyi Zhenren.

But knowledge of the tale isn’t necessary to enjoy this film.

Welcome to this review of the Chinese animation film Ne Zha Birth of the Demon Child, China highest grossing and highest rated movie from 2019.

We have a special offer available to all Asian Film Fans viewers.

We have partnered with the SmartCinema App to deliver a discounted rate to watch this movie directly on your mobile phone.

Note: version is dubbed into English on Smart Cinema. Open for US and Canadian users only.

Set at the Chentang Pass, Lord Li Jing and his demon hunting wife Lady Yin are awaiting the birth of their third child. Lady Yin has been pregnant for 3 years and is desperate to finally give birth.

Taiyi Zhenren conducts a ceremony reincarnate the Spirit Pearl as Lady Yin’s third child, and providing the pearl is successfully reincarnated he will be made the 12th immortal god.

But things go wrong when his brother Shen Gongbao steals the Spirit Pearl and uses it to create an heir for the Dragon King. The Demon Pearl, which will be destroyed by lightening 3 years after reincarnation, is accidentally reborn instead into the child of Ne Zha.

But Ne Zha, being a demon, is feared by the villagers of Chentang Pass. To control his anger and strength, Taiyi Zhenren takes him on as a disciple, hoping to harness his power into an almighty demon hunter.

But Ne Zha is disillusioned by the fact that he can not form any friendships until a fateful meeting with Ao Bing changes the course of both their destinies. 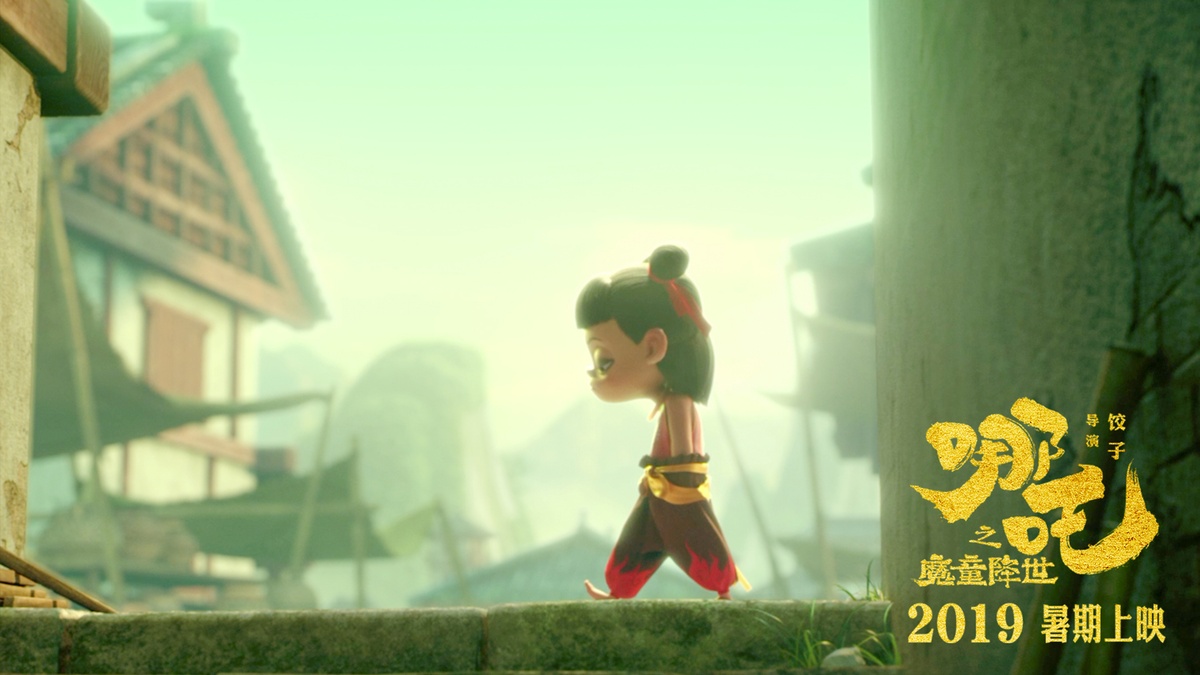 If you’re unfamiliar with the folktale, then parts of the story may be a little confusing to follow. However this is a classic good vs evil tale where the roles are kind of reversed.

Ne Zha is actually quite a loveable character. He is naughty and rebellious, but never loses sight of the fact that his parents deserve his respect.

The scenery and animation is outstanding and at times will make you double check to see if you really are watching a Chinese movie. That’s not to say it’s without fault, but you’re willing to watch an animation that aimed more at older teens and those familiar with the tale, then there is a lot here to keep you entertained for 2 hours. 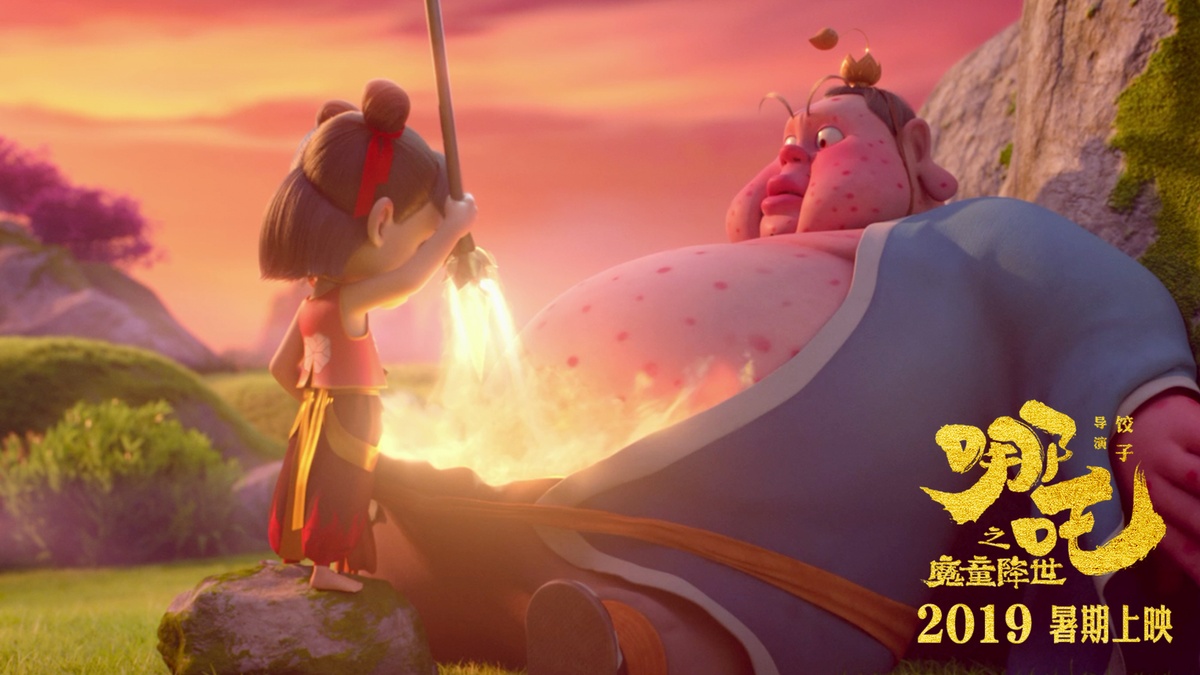 Visually the movie is impressive. It’s colourful and most of the times it’s well animated. To make the movie more accessible to an international audience, there has been a lot of humour added to the movie to break up the heavy folktale settings.

When Taiyi Zhenren is trying to unlock the lotus with the Spirit Pearls in it, we are witness to a humourous scene where he is trying to remember the password.

There are several pop culture references thrown in as well, including a nod to the Hundred Hand Fist of Fist of the North Star and a fantastic homage to Terminator 2 Judgement Day.

There is a strong theme of friendship throughout the second half of the movie, which culminates in the movie’s flashy, if slightly confusing, final act. 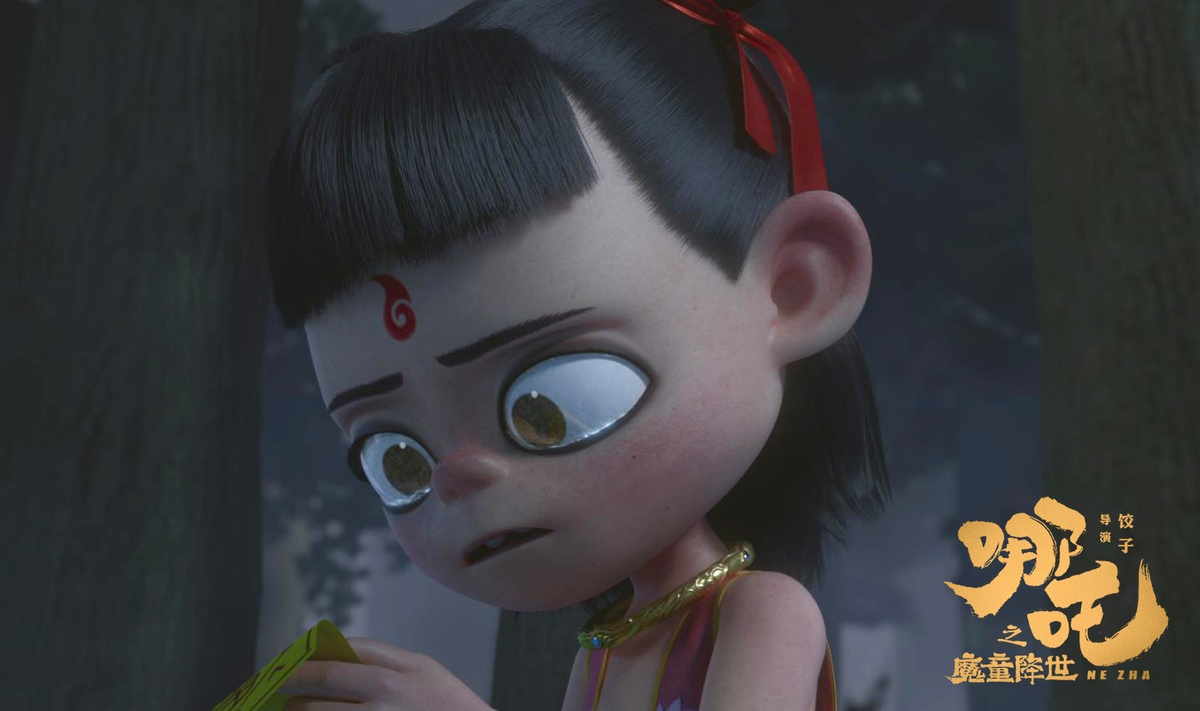 This is a bit pedantic, but there are times where the animation just isn’t as polished as what you’d expect from similar movies. Some stiff walking animations for characters shown at a distance, and even the unnaturally smooth skin tones of Ao Bing which a reminiscent of the first generation computer animation films like Toy Story.

Perhaps the biggest weakness of the film is the animation of the Dragons, especially in the final sequence. While we all know dragons are mythical beings, so there isn’t a lot of source material to go off when creating a “realistic” looking dragon, there’s just something not quite right about the way they talk and float around. They aren’t your Game of Thrones style dragons, that’s for sure. 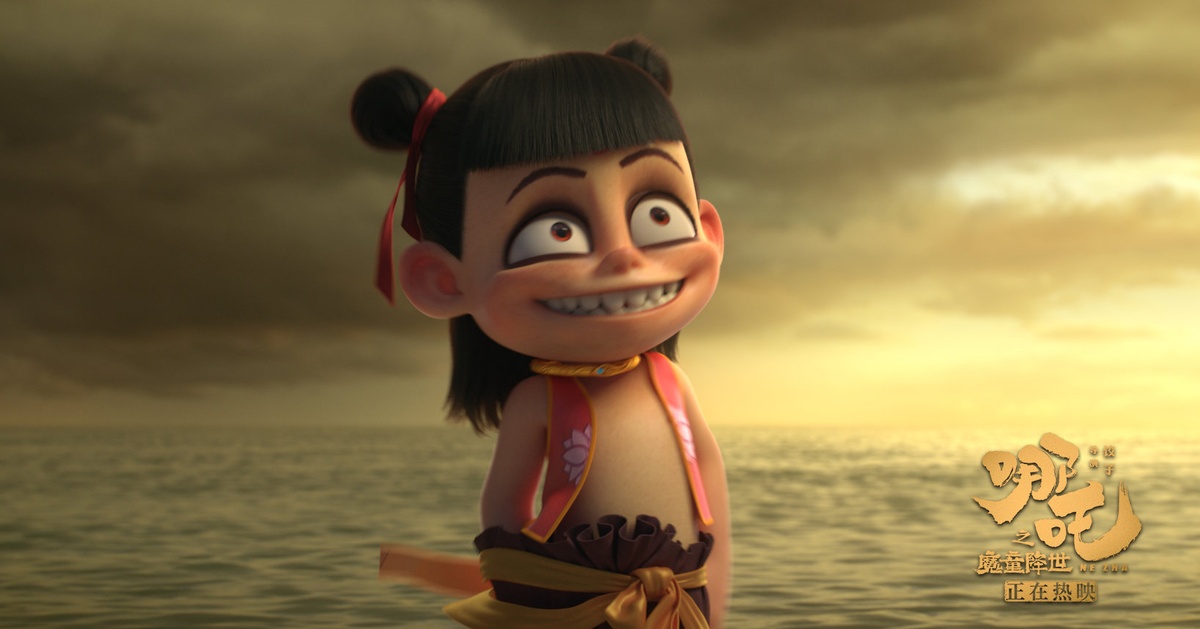 This is a great film, that’s probably not suitable for anyone under 8, so I would strongly caution allowing younger children to watch this.

If this is your first time dipping your toes into Chinese folklore, then this is a great start and is the first in a trilogy of movies which will be followed by Jiang Ziya and then a tale about The Monkey King.

My recommendation is: Watch it.