One of the big Korean horror releases of 2020. A creepy house with a creepy closet, and a little girl who goes missing! It's almost all here
Author The Arty Dans

This is one of the 2020 horror movies I was most excited to watch. It has a creepy trailer that sets itself up as a haunted house style movie in the same vein as the original Poltergiest: a little girl gets captured by the house and its up to the parents and some kind of oracle to save the day.

But what’s been produced, is a mess. A blend of horror elements for the fans, and cheap scares for the casuals.

There will be spoiler talk as I discuss why this movie doesn’t work, so proceed with caution.

The story here is quite solid. At least initially. If you familiar with classic horror movies, this movie mixes the aforementioned Poltergeist with The Exorcist, throwing in some light possession into the haunted house element.

A single father, Sang-won, and his 11-year old daughter Ina move to a large house in the countryside as a form of therapy. He suffers from panic attacks after the death of his wife in a car accident, and Ina is reserved and cold. She misses her mother and resents her father, who seems desperate to get other people to look after her.

While in their new house, Ina’s behaviour towards her father changes. First she becomes open and affectionate, but then that quickly turns distant and cold when she realises her father is going to leave her alone in the house with a nanny. All this occurs after an incident with The Closet.

After finding a nanny to watch over his daughter, Sang-won is shocked by a call. The nanny has quit and his daughter is missing.

He desperately searches for his daughter, only to stumbled across Kyeong-hoon, an exorcist who is an expert in missing children cases and suspects that Ina is trapped in another dimension with a vengeful spirit. 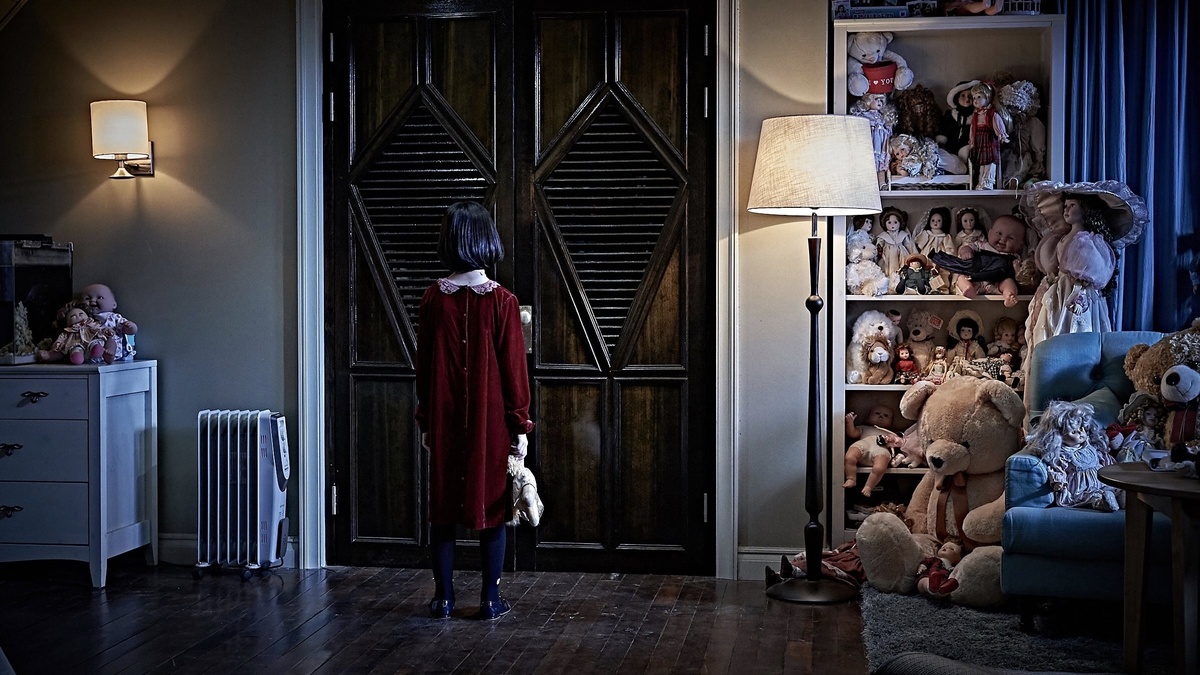 It’s the execution of the story where it fails. If you are a lover of horror films, and have been disappointed recently with all the western output of the “PG-13” type films, then this will really disappoint you as well.

It does have some gore, but that’s not the only reason to watch a horror film. You watch it for the unknown, the feeling of fear you can get. The sound, the music, the visuals: they’re all supposed to come together.

And by the books, they do here. If there was a horror movie checklist, this one ticks all the right boxes.

But then they had to go and stuff it all up with the exorcist character. This stumbling, idiotic buffoon ruins the tension in the movie the second he arrives on the screen pretending to be an internet technician.

It gets worse as he is used as the movies light-comedy element. This is an annoying film maker trick to make the movie appeal to a wide audience. They were obviously too scared, pun intended, to make a pure horror movie for the hardcore, and thus added this light element to appeal to casual cinema goers that destroys the second half of the film.

And that is a real shame.

But then to top it off, the story also takes a major, almost cruel turn, which I’ll discuss in the Not-so-hot segment as it is a spoiler. 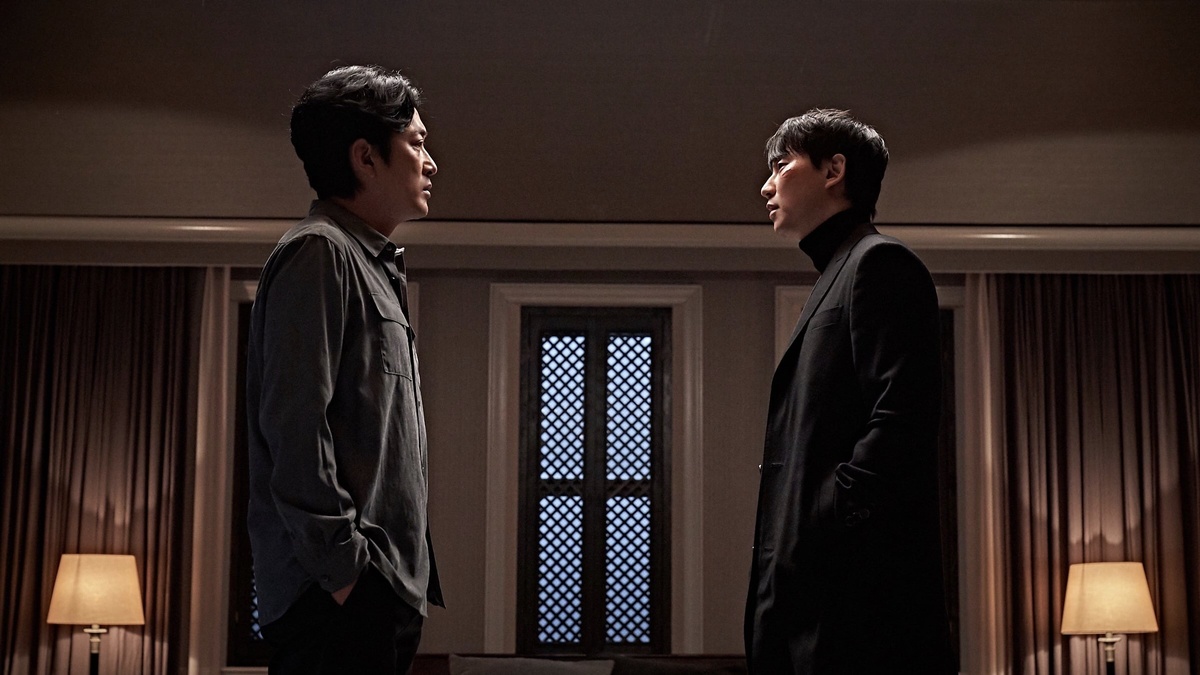 The creepy little girl make-up is fantastic. It sets the new benchmark in Asian cinema that’s been the trend since Ju-on, and it works really well. Top marks to the make-up and visual effects department for their sinister and evil little creation.

Other standouts in the horror sections include the netherworld sequence when Sang-won enters the closet to save Ina at the end. This is yet another creative set designed by the crew that highlights a nightmarish children’s playroom. Coupled with the excellent use of lighting, both blue and red tones, this looks terrific. As does the scene that immediately proceeds it in the hallway of the house, giving off a very strong Silent Hill vibe.

There’s also another, very emotional and very memorable scene at around the 10-minute mark where Ina is watching a video of her mother singing happy birthday. While it might be a typical trope to help establish the characters connection to a departed loved one, it’s sold to the audience exceptionally well by the young actress Yool Heo in what seems to be her first movie performance.

Her performance is the standout of this film, and she holds up the movie on her young shoulders in the first half. It’s a shame there is a huge stretch of the movie that doesn’t feature her, because that’s when the terrible exorcist character enters the ruin the day. 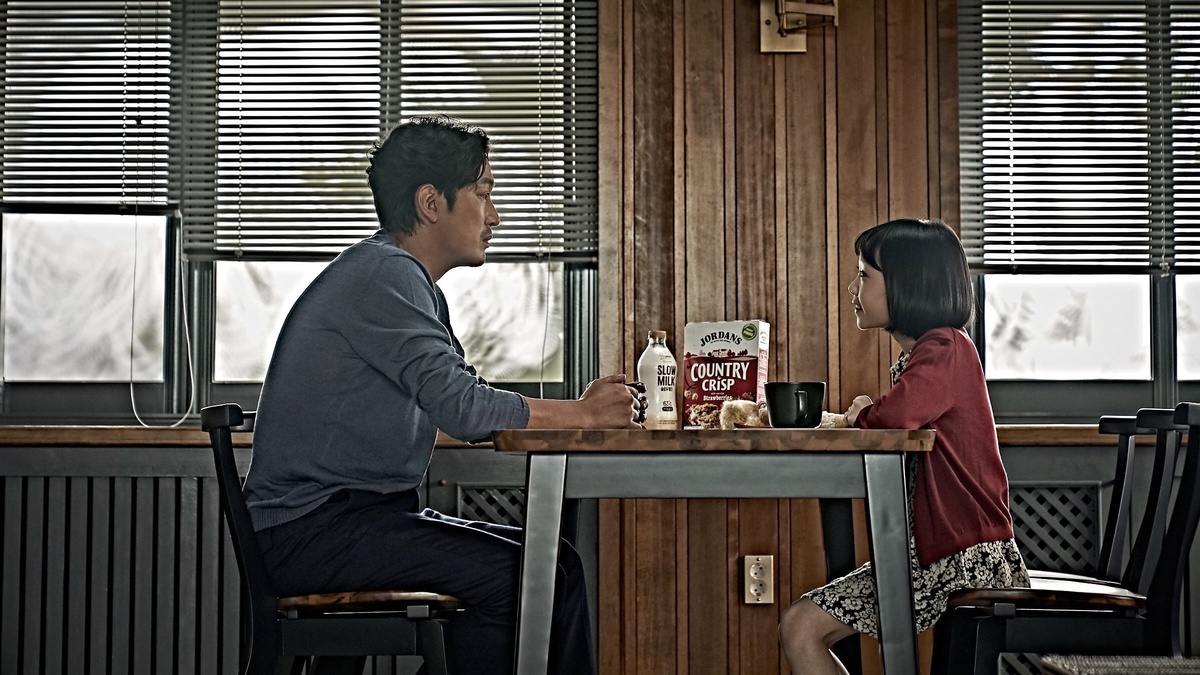 Before we head into spoiler territory where I will totally destroy the movie for you, so sorry about that in advance, there is one very annoying sequence that occurs at the beginning of the film I want to talk about.

The shaky home video camera sequence. Now its not the content of what’s being film that’s the problem, it’s the way it is presented to the audience. Who, in the late 90’s, takes what seems to be 3 or 4 video cameras to an exorcism and then edits the footage together? Every few seconds there is a camera angle cut, and there doesn’t seem to be anyone else filming this event.

It’s a small and stupid thing to be annoyed at, but if I was Cinemasins then it would be the first thing I would pick out.

Also, it goes without saying the exorcist character is a terrible element. If the scene of him slurping noodles doesn’t want to make you punch him, then it’s stupid behaviour during the exorcism at the end that will make you cheer on his death. Which unfortunately doesn’t happen.

Now onto the story, watch out for the Spoiler watermark and skip to the time frame listed to avoid this section if you haven’t seen the film and don’t want to be spoiled.

The story makes no sense, and its very badly explained to the audiences.

Essentially, it’s the vengeful spirit of a little girl who was trapped in a closet by her father, who then died in a house fire. Her father was in debt and didn’t want to keep living, so he kills his wife and daughter, who we see begging him to let her live.

At no time do we get the impression that other than this event, he is a bad father. Yet this little girl’s spirit is reborn to help avenge the lives of children who are abused by their parents. It would make sense if we could see she was abused more than just this one event. She is the entity responsible for the kidnapping of 19 other children, including Ina, via their closets as the gateway to her netherworld.

Then we get the stupid rules, like the 49 days. Where did that come from and what is the significance of it? And who decides how the spirits can be rescued and what needs to be done for that to happen? If there was an explanation about how the vengeful girl was the reincarnation of a mythical spirit who already had a set of rules in their lore about how they could be defeated, that would make sense. But that’s not what this movie does.

And then finally, in a scene that made me almost destroy my television in anger, is the scene where the vengeful spirit is re-united with her mother. She turns from evil back to just a little girl, crying and so ecstatic to see her mother again. This is what defeats her, and it would be fine, but all of a sudden as she goes to hug her mother, she disappears. This is horrible. This spirit misses her mother of all things, and when you give her what she wants, then take it away from her again, and we are expected to believe as the audience that she would be OK with this?

Then to top it off, we see Ina in the netherworld surrounded by other children who are clearly her friends. This was a girl who in the real world was sad because she was lonely. Because she had no one. In the netherworld its full of both friends and protectors, and then her father, who we’ve seen doesn’t really care about her beyond buying her some dolls, comes to save her. As the audience we are supposed to believe that she will have a better life with her miserable father than all her new friends?

Then of course, they had to end it with a set up for a sequel which I hope never gets made 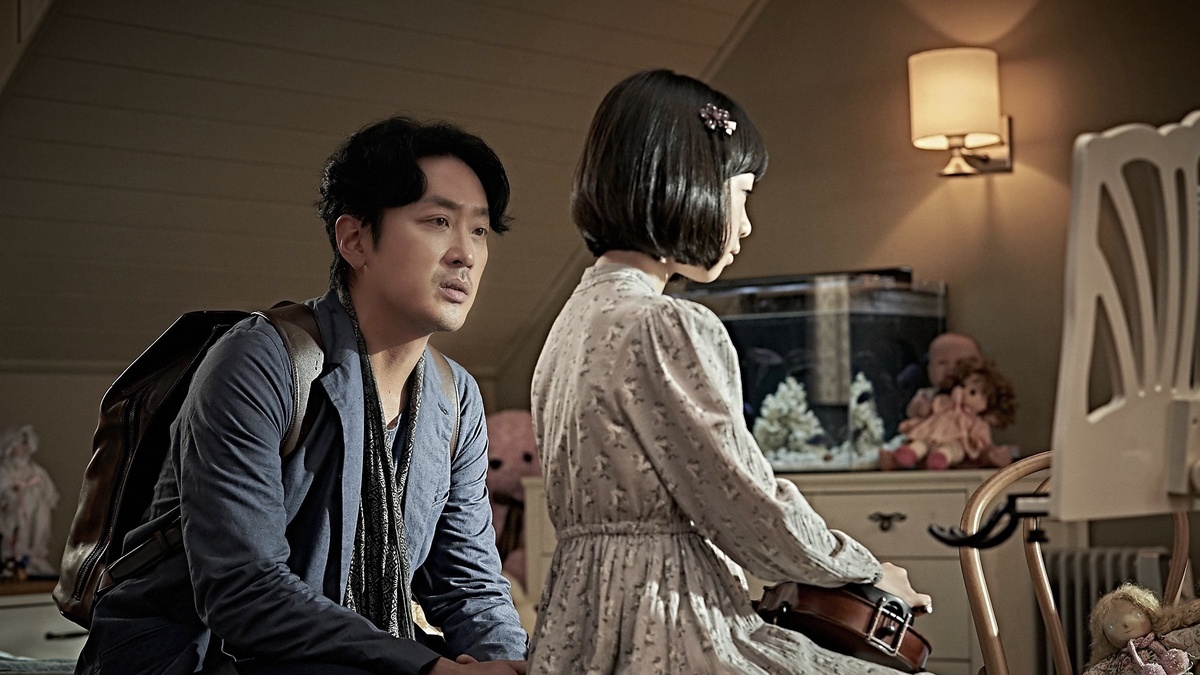 The worst part about this film isn’t just the story, or the terrible exorcist character, or the lack of logic in explaining the ending. It’s the fact that most casual moviegoers will watch this film and think it’s an awesome horror film. Which then means Hollywood will remake it.

Back to the drawing board with this one please. Re-write it as proper horror movie that truly is an homage to Poltergiest and The Exorcist, and not something that feels like a spin-off of the tired Annabelle series.