OliverEbisuno92 takes you back in time for an exploration of Godzilla films that could have been but never got made.
Author OliverEbisuno92

It could not have been a better year for Kaiju fans in view of the recent Godzilla vs. Kong premiere which triumphantly conquered cinemas across the globe. However, the future of MonsterVerse still remains in the realm of speculation. Will Legendary/Warner Bros. continue to make new movies? Maybe Toho will take over the production duties? While waiting for some solid statements from the studios in question, let’s take a trip back to the past and explore Godzilla films that could have been but never got made. This is our special list of top 10 unmade Godzilla movies. 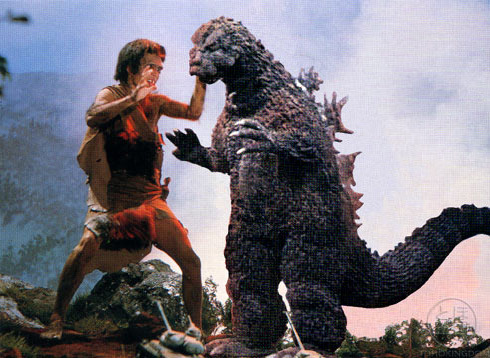 In the 1960s, Toho acquired the rights to the Frankenstein monster via collaboration with United Productions of America. After the success of King Kong vs. Godzilla, the producers were looking for a new crossover idea, and Frankenstein seemed to be the perfect choice. Nevertheless, the script was scrapped because it was unclear in the story who was the real villain and who was the real protagonist. At that time, Toho started gradually turning Godzilla into a children’s hero. Ultimately, the idea was reworked into a film called Frankenstein vs. Baragon (1965). 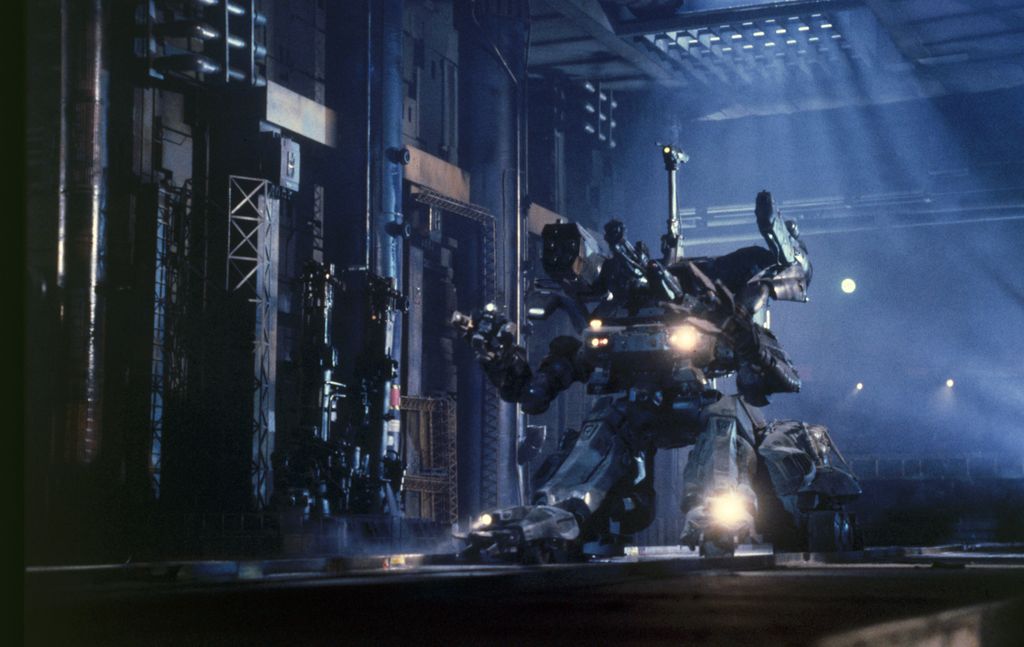 After the release of The Return of Godzilla in 1984, Toho was unsure in which direction  the franchise should go, so they announced a script contest for the fans. The screenplay that was ultimately selected became the basis for Godzilla vs. Biollante (1989); however, the second-best text had an interesting premise: an advanced supercomputer declares war on humanity and Godzilla rushes to stop it. Eventually, Toho executives completely removed Godzilla from the storyline and turned the screenplay into a mecha flick Gunhed (1989), which enjoys a cult following nowadays. 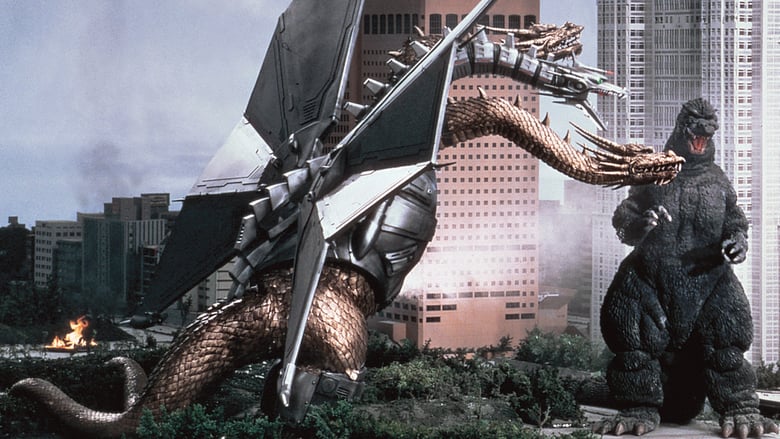 In a special 1994 interview for Cult Movies, Koichi Kawakita, the supervisor of special effects for Godzilla Heisei movies, revealed that there were plans to make a direct follow up to Godzilla vs. King Ghidorah (1991). However, the project fell through when Toho conducted a survey which indicated that Mothra is the most appealing monster to female fans. Therefore, Godzilla vs. Mothra was greenlit.  I can’t help but wonder how Counterattack of Ghidorah would have looked like. Maybe Godzilla would time travel to the 23rd century and fight his arch-nemesis there? Most probably, Kazuki Omori would have penned and directed the film. In addition, I would love to see the return of the Mecha-King Ghidorah pilot, Emmy (Anna Nakagawa), Android M-11 (Robert Scott Field), and psychic Miki Saegusa (Megumi Odaka). 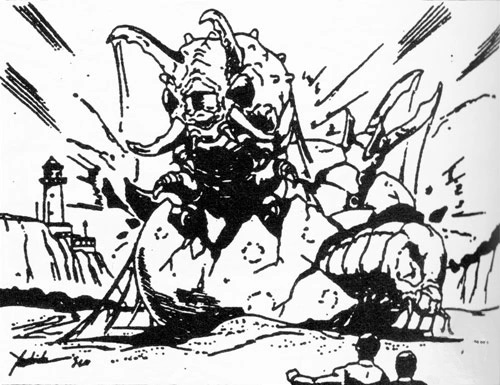 An original pitch after Godzilla vs. King Ghidorah (1991) conceived by Koichi Kawakita and Minoru Yoshida. In the proposed screenplay, Godzilla was to battle a mutated offspring of Mothra known as Gigamoth. In short, the story contains lots of action and Mothra-centered mysticism cranked up to the max. Unfortunately, Toho was not interested and they chose Kazuki Omori’s pitch for Godzilla vs. Mothra (1992). 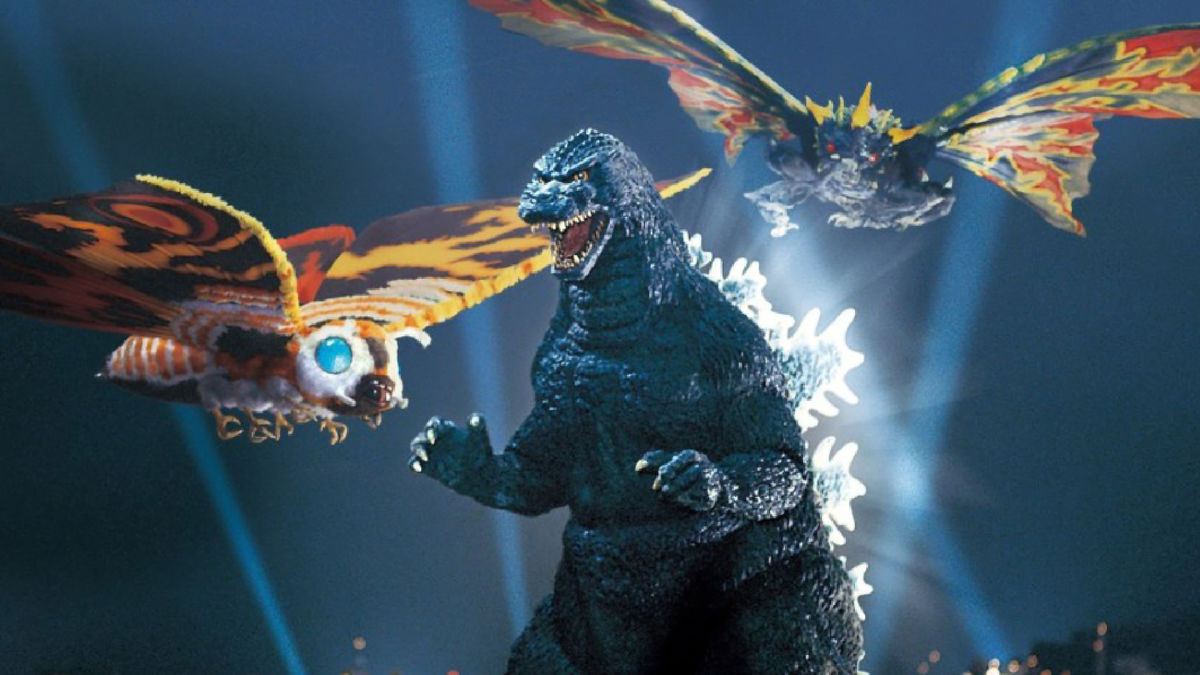 After the overwhelming financial success of Godzilla vs. Mothra (1992), Toho wanted to continue the successful formula. According to Koichi Kawakita, he wanted Mothra to die, so she could later return in mecha form. This concept is very similar to what happened with King Ghidorah in Godzilla vs. King Ghidorah (1991). Ultimately, the project was dropped in favour of Godzilla vs. Mechagodzilla (1993). 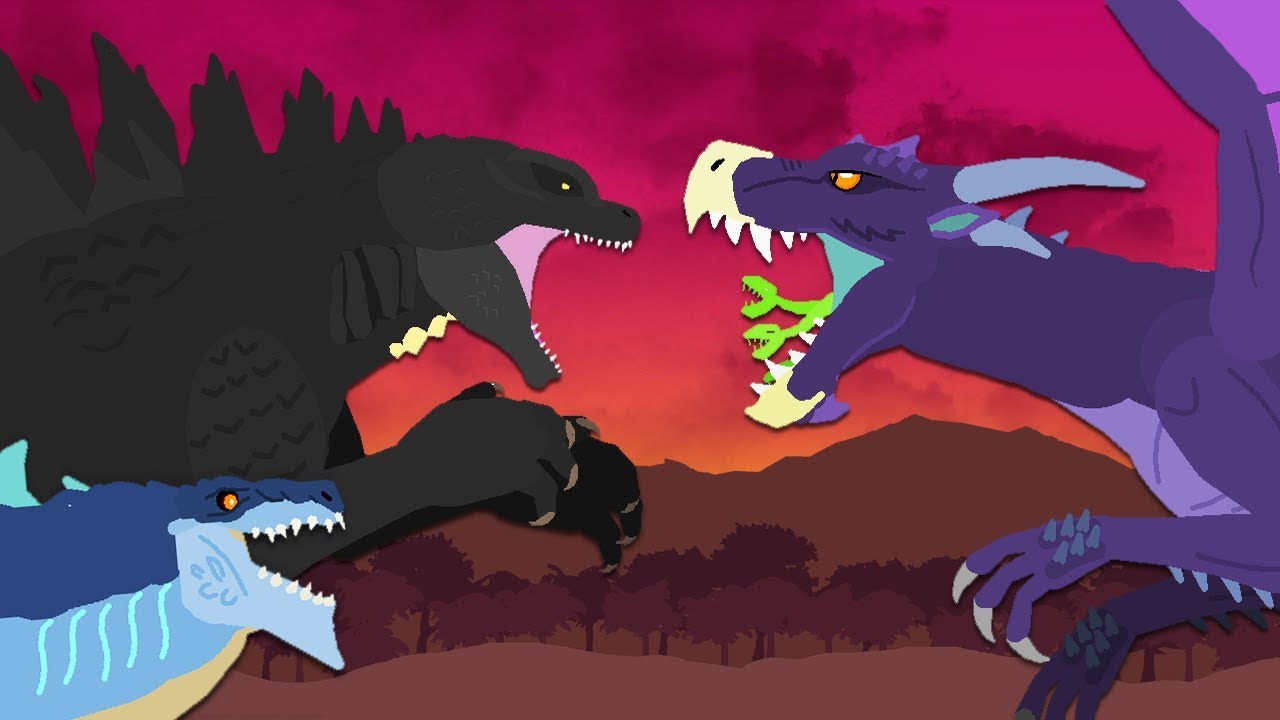 Throughout the 1990s, TriStar Pictures tried to get the American remake of Godzilla off the ground. The original writers hired for the job were Terry Rossio and Ted Elliot who came up with an idea of Godzilla (now an ancient protector of Earth) battling a gruesome monster created by a hostile alien race. Initially, King Ghidorah was to be the main antagonist, but TriStar scrapped this in order to avoid paying Toho more licensing fees. Director and cinematographer Jan De Bont was slated to helm the picture, but the studio halted the project in 1996 due to budgetary issues. Everything started from scratch with director Ronald Emmerich and writer Dean Devlin who went on to make Godzilla (1998). 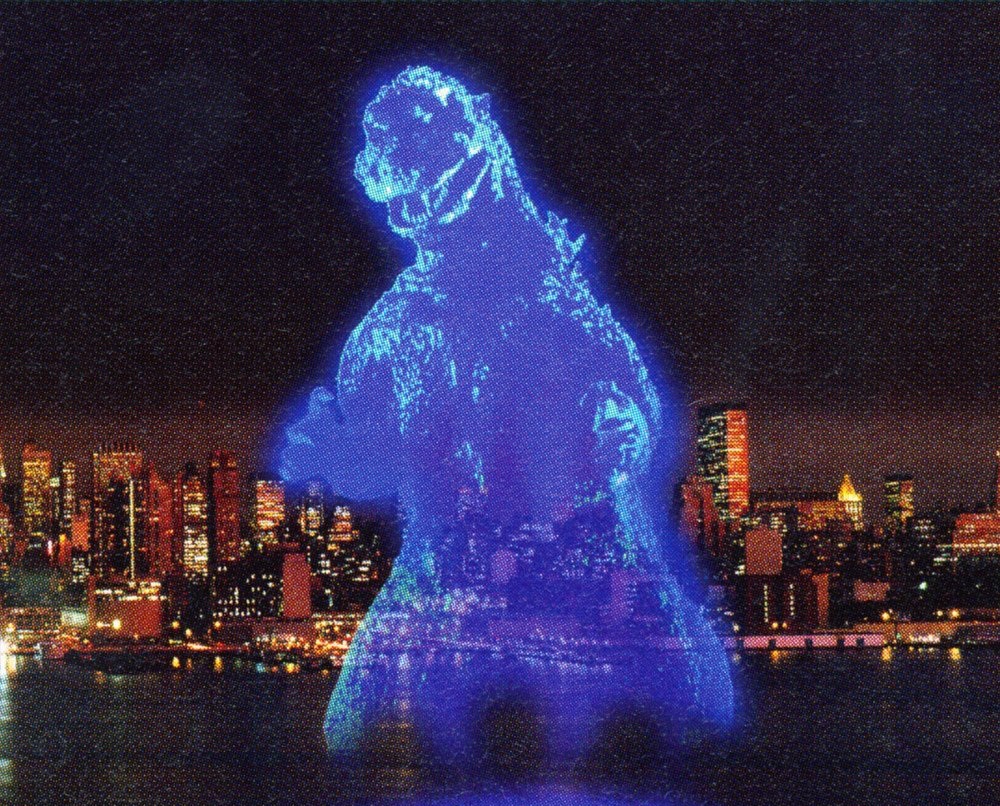 For the final Heisei film, producer Shogo Tomiyama had an idea involving the King pitted against a ghastly reincarnation of his original self composed of bioenergy. Kazuki Omori submitted a draft in which the bones of the original Gojira from 1954 were disturbed which caused the appearance of a monster in numerous ethereal forms (Aurora Godzilla, Crystal Godzilla). However, director Takao Okawara opposed this pitch because, as he stated, Godzilla already battled two different versions of himself (Mechagodzilla and SpaceGodzilla) in previous movies. 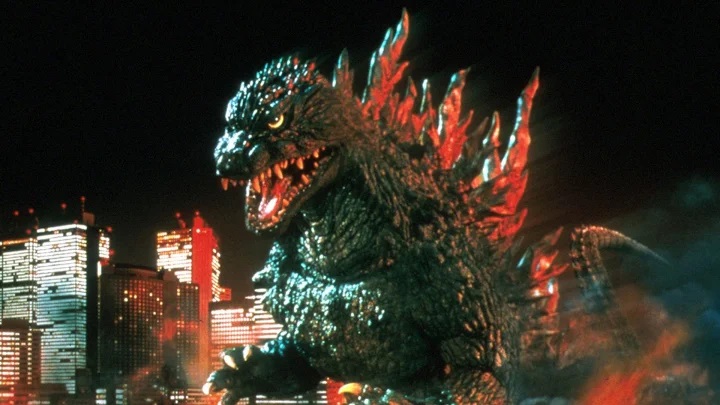 I know what you are thinking. No, we do not mean a planned sequel to Ronald Emmerich’s Godzilla (1998), but a continuation of Toho’s Godzilla 2000: Millennium (1999). In view of the fact that the film had a successful, limited theatrical release in the United States, producer Michael Schlesinger wanted to make a direct sequel to the film and he pitched the idea to TriStar. Allegedly, the story was to take place entirely on location in Hawaii and feature a mix of Asian and American actors. Godzilla was to fight a bat-like creature from a volcano nicknamed Amoeba. The only returning character from Godzilla 2000 was to be Doctor Miyasaka (Shiro Sano). Suggested cast included such names as Bruce Campbell, Jamie Lee Curtis, Christopher Lee, and Ken Takakura. 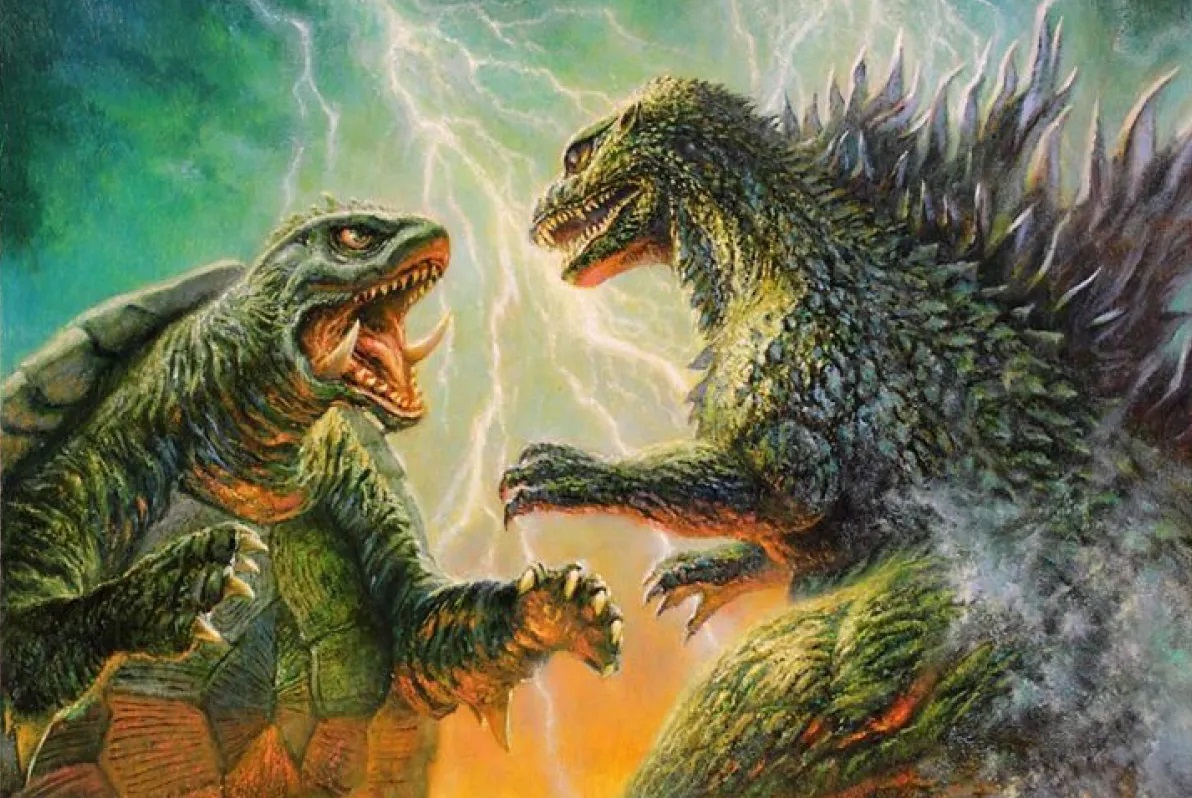 The dream of many kaiju fans that is yet to be fulfilled. In the early 2000s, Kadokawa corporation acquired the rights to the Gamera franchise and, hoping to provide the series with a fresh start, they reached out to Toho with a proposition to make a crossover film featuring two popular monsters: Godzilla and Gamera. However, Toho was not interested and they rejected the offer. In turn, Kadokawa proceeded to make their own stand-alone Gamera film called Gamera the Brave (2006) which to date remains the last Gamera motion picture ever produced. In 2015, there were rumours about rebooting the franchise but nothing came together apart from a visual outline in form of a trailer. 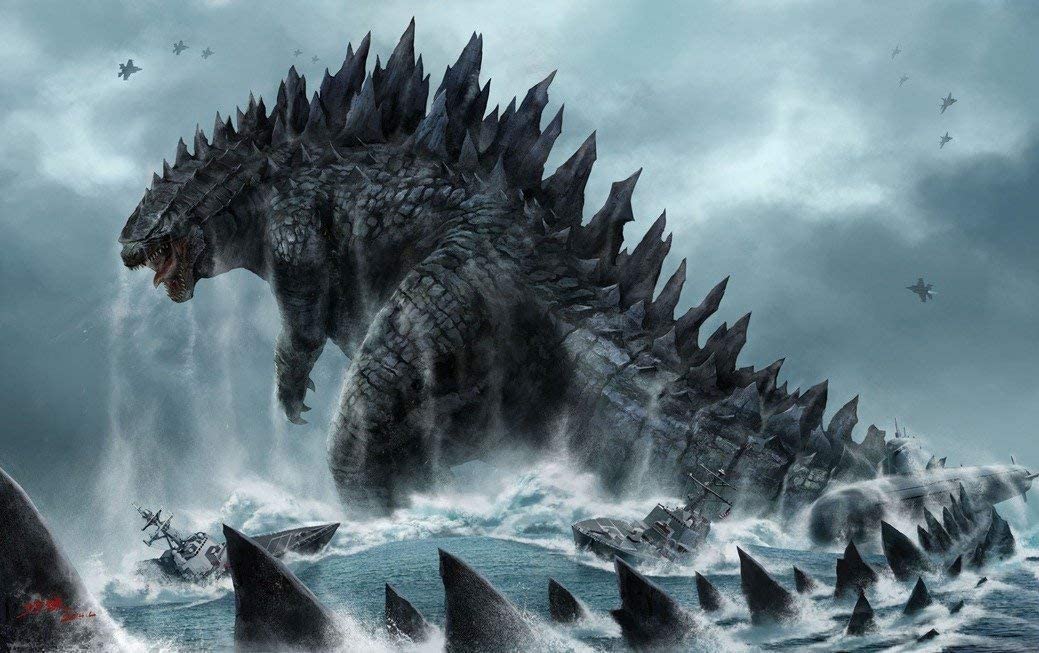 The original screenplay for the Legendary reboot that ultimately became Godzilla (2014) was written by David Callaham, David S. Goyer and Max Borenstein. In the original text, Godzilla was supposed to be trapped in a large layer of ice (an idea that was later repurposed for Godzilla: King of the Monsters). After being freed by humans, he rushes to face off against the MUTO’s. In addition, the movie was to feature a nuclear test sequence which led to Godzilla’s birth.

This was our look at the unmade Godzilla movies. Which one of these would you love to see? Maybe it was for the best that some ideas were not greenlit? Let us know in the comments and thank you for reading.