Looking for something wildly different to watch this Halloween? Well how about checking out one (or all!) of these Chinese horror films!
Category Editorials
Author The Arty Dans

When it comes to horror movies, China isn’t the country you would ever associate with great horror films. If you’ve watched any of them, you’ll know they’re mostly laughable.

But, every now and then, a decent or at least enjoyable horror film is released.

Here are 5 Chinese horror movies that are worth you time watching this Halloween, if you’re after something different. The movies contained in this list are my opinion based on the horror movies I have seen, and only include films from mainland China, not Hong Kong or Taiwan. Because they actually make good horror movies worth watching like Detention or Rigor Mortis.

First up is this fantastic trilogy based off the 2004 Korean movie of the same. The original Korean director, Ahn Byeong-ki, is also behind the helm of this trilogy, and his inclusion has made this probably the best Mainland Chinese horror movie series to date.

Bunshinsaba and its two sequels tell the creepy tale of Bi Xian, the pen fairy, and the women who summon her using an ouija board to help them. All three movies are set in a creepy old house and are technically not related to each other, just sharing both this element and the mysterious young daughters of each lead character.

Playing within the strict confines of government regulations, the director has done something clever with this series of film. He has immediately told the audience that the lead characters are suffering from mental illness. By doing this straight up, rather than at the end, it has allowed him to run wild with the horror imagery.

Scary children, whispering voices, self-playing musical instruments and a painting that just can’t be destroyed make up some of the imagery you’ll see across all the films.

The three movies in this series were made in quick succession, from 2012 to 2014. Unfortunately the first movie doesn’t not feature English subtitles, so at this stage it remains unseen.

Given the choice between Part 2 or 3, part 3 is definitely creepier and has the higher rating, but you’re a fan of Korean actress Han-byeol Park from Korean movie Wishing Stairs, then Part 2 is the one you want to watch.

Either way, I don’t think you’ll be disappointed. 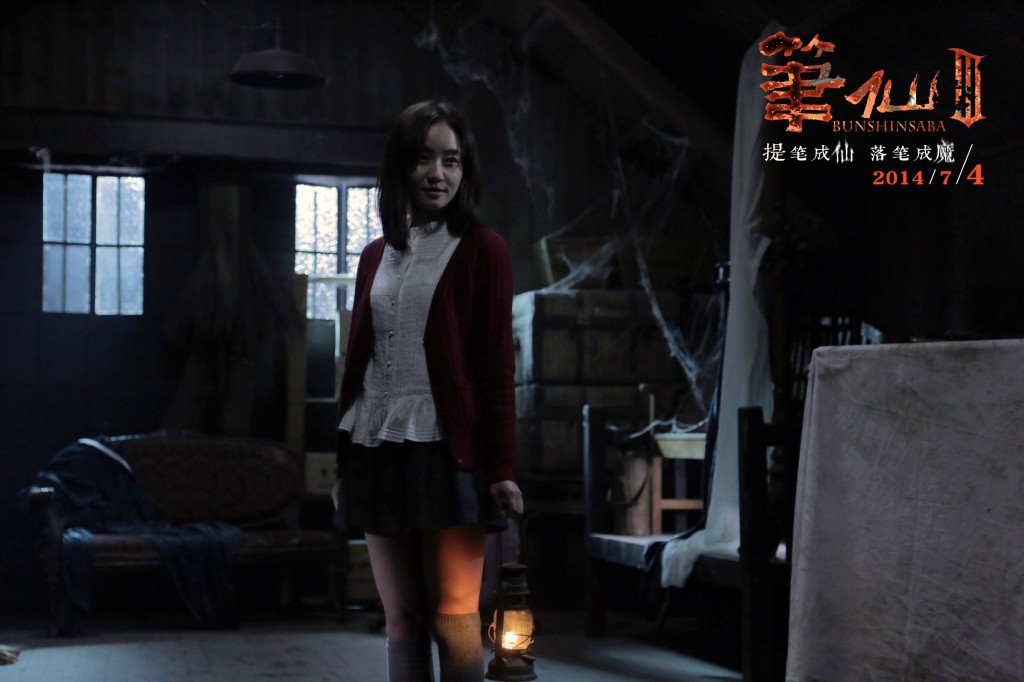 Speaking of Wishing Stairs and Korean actresses comes this entertaining horror thriller. Another movie trilogy, but my recommendation is to only watch the first one, as the other two films are unrelated.

This movie tells the story of seven young adults who happen across a terrible car accident on the highway. They pull over, but rather than help the lady who lays there dying, they steal her wallet and continue on their way.

They hang around gorging themselves on alcohol and snacks, but then slowly one by one they end up dead.

The reveal to this one is clever and works well within the strict government confines of horror films.

It’s a great throwback to the American teen horror films of the 80’s and 90’s, where a mysterious figure will stalk out and hunt the pretty cast one by one.

Go in with an open mind about the ending, and you’re bound to enjoy this one.

If you’re after something that’s more of a mystery thriller with strong horror elements, then this 2015 movie from famed Hong Kong director Danny Pang, one half of the Pang brothers who made the excellent The Eye trilogy, could be right down your alley.

The Strange House tells the story of a young girl who pretends to be the missing granddaughter of a woman on her death bed. The family of the dying woman want to reunite her with her favourite grandchild to grant her dying wish. Except there is something wrong with this family, and the young girl is caught up in something truly disturbing.

This is another movie I have covered in great length before, and if you want to know more about it you can watch the video below. Just be warned the video contains spoilers so if this one sounds interesting, perhaps best to watch the video after you’ve seen it.

Like Bunshinsaba, what makes this movie worth watching is the fact there is an international director at the helm. Even within the confines of the government restrictions, Danny Pang has reached into his bag of tricks to create something unique for Chinese horror.

It might not be his best movie, especially if you’re a fan of blood and gore, but it’s worthy enough to make this list.

For the final two movies on this list, I am going to recommend a few silly movies. Because sometimes it’s great to watch silly horror movies, and trust me China makes plenty of these.

However, these 2 are the most interesting.

The first is a movie I have briefly covered in my “Where Are All The Good Chinese Horror Movies” video, and I will cover this in more depth in the future, is the awesomely titled “Game of Thrones Presents Dead Space” – and thankfully this movie has nothing to do with either of those franchises.

But it does have something to do with a very popular American slasher series – Wes Craven’s A Nightmare on Elm Street.

Dead Space is an almost one-to-one remake of the original Nightmare On Elm Street movie, just with a Chinese student movie vibe.

Fully approved by the Chinese film censorship board, this movie is exactly what you’d expect from a Nightmare on Elm Street movie. The knives for fingers killer, the bathtub scene, the blood gushing from the bed, the fire scenes and dream sequences. Even the music has been ripped off just to ram home what this movie is based on.

The only real difference is the burnt face Freddy has been replaced by the clown faced Hu.

And the movie ends the same way the original ends, which means there was no need for the government to intervene and make it something silly like a hallucination or bad medication.

This one is streaming on Tubi, and if you are looking for something really different to watch, then this is it.

And a Chinese horror movie list wouldn’t be complete without an entry from horror movie sweatshop Filmoon. This is a company that has pumped out a couple of dozen very samey horror movies over the last half a decade. Most of their movies are utter rubbish, explained by characters wearing rubber masks or suffering mental illness, which can frustrate you as a viewer, but leave you howling in laughter.

So if you had to watch one terrible Filmoon movie, which one would I recommend?

Well there is a few I could recommend. The Haunted Dormitory series isn’t too bad – with two titles in the series White Paper Girl and Marionette Teacher both featuring the same cast playing the same characters. Or you could watch the ridiculous Haunted Graduation Photo movies. There are the hilarious Haunted Cinema movies or the even worse Under The Bed trilogy. If you want something really bad you could check out Frightening Embroidery Shoes.

But a good Filmoon. Well, as much of an oxymoron that is, the one I probably had the most fun with is Ghost In Barbers!

This ridiculous film about a ghost in a barber shop/hairdressing salon which also doubles as a hotel is worth watching alone just for the premise.

Add in some silly characters, terrible script, stupid scenarios, over acting, bad effects and the typical Filmoon ending, and you don’t have a classic but rather something so outrageously over the top, you can’t help but laugh all the way through it.

And if a horror movie isn’t going to try and scare you, it should at least make you laugh, right?

Well that’s a look at 5 very different Mainland Chinese horror movies that you can consider for Halloween night, or beyond.

Please share this article around if you found this interesting.