Do you like Louis Fan? We like Louis Fan, or Siu-Wong Fan as he is also know. Now, do you want to watch a surprisingly entertaining action movie? Well then, we have the right recommendation for you.

He started making awful mainland Chinese web movies, and last year was his worst year ever with the shockingly bad Wolves Action 2 and the Taoist Master.

But, this movie, while not the best, was still pretty awesome, and we think you should watch it.

What's this movie about?

Louis plays a former bodyguard suffering PTSD after the murder of his wife by explosion. Relegated to a life of a handyman, he lives with his daughter who is suffering from the effects of the same explosion that killed his wife.

After beating up some attempted rapists at a bar, the woman he rescues makes him an offer to work at her company. Her company is pretty awesome, they’ve created a kind of exo-skeleton suit, similar to Iron Man, that’s almost indestructible and she wants him to audition for the position of being the person in the suit.

So he does. But the interview involves a kind of VR training, which then triggers his PTSD. At the same time this occurs, a group of terrorists infiltrate the company in an attempt to steal the suit technology.

As you can imagine, its now up to Louis to save the day 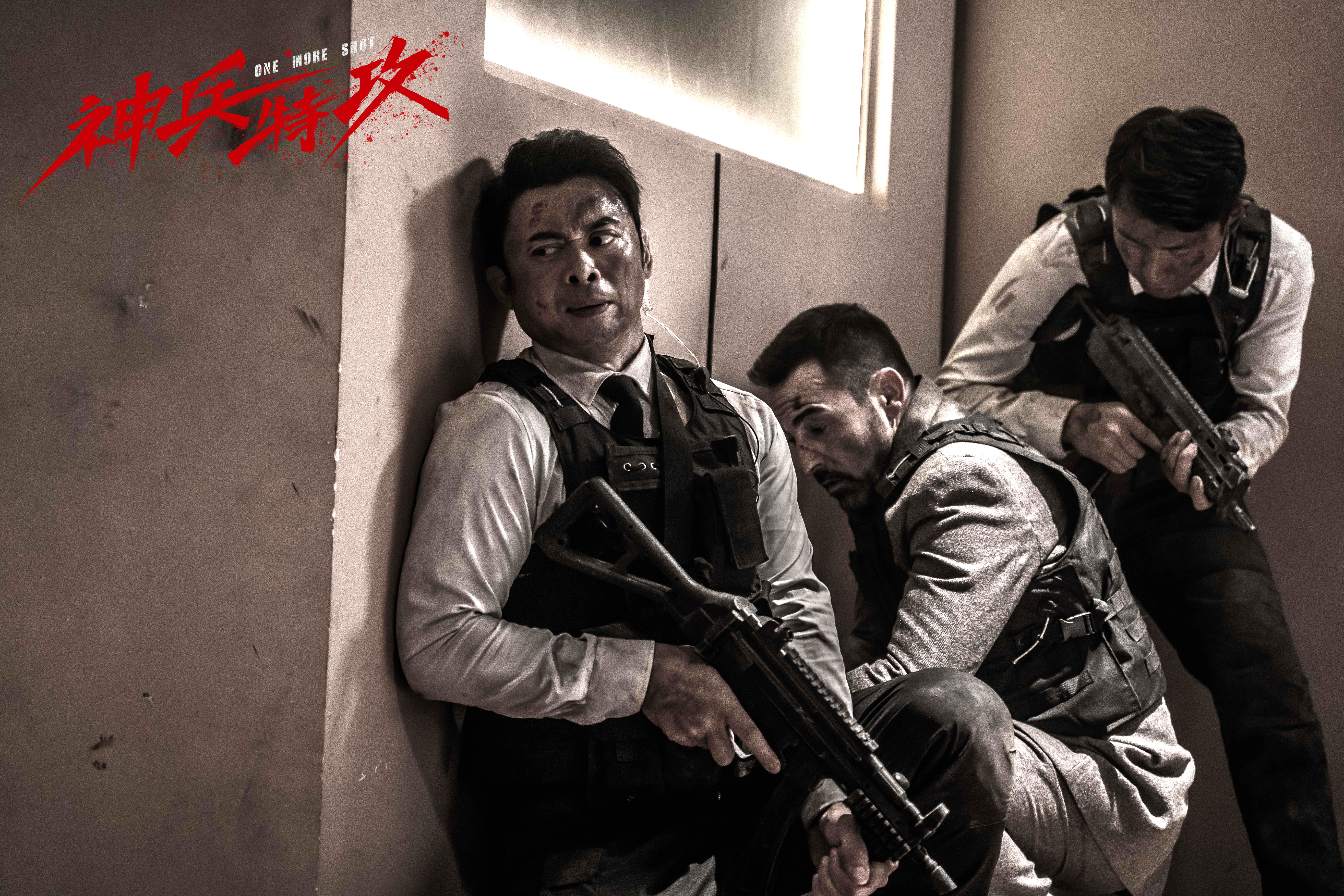 And save the day he does. First up, this is a short and cheap web action movie, but with the exception of a few of the CGI effects, it really doesn’t feel like that.

The movie starts off with an incredibly violent, yet action packed introduction. Louis is a bodyguard, and his team are protecting a foreign businessman when a group of assassins attack. The opening 10 minutes is breathtaking. Gory shootouts in narrow corridors, meaty fighting scenes, and an incredible stunt that involves them jumping out of a window onto a building walk-over while more assassins attempt to kill them.

We know this is all green-screen, but its looks pretty damn good for a low-budget web movie.

That’s not to say it all makes sense. Logic is thrown out the window during this scene, and getting a scene of the layout of the building is made even more confusing when we thought they had opened the door to the lobby, only to end up 30 floors above and hanging out of a window!

It’s an action film, who cares.

What we did like was the fact that Louis actually looks like he is having fun. This guy has one of those faces that make him hard to read, but in this film, he just looks like he is going along with the flow and kicking all sorts of ass.

While the movie is super fun and all, the issue is its kinda missing something.

The bad guys are suitably bad. And if you love Chinese webmovies as much as we do, then you’ll recognise one of the bad guys in the film, this Italian actor from Killer Bee Invasion and many other similar films. In fact most of the supporting cast are webmovie regulars that no doubt you’ll recognise from other mindless action or monster films.

But we mention there is something missing in the film, and that’s any real tension. Sure there is plenty of action scenes, and the whole concept of rescuing the hostages from terrorists is a tried and true action movie trope, but you’ll probably notice something about ¾ of the way through the movie, and if you notice it, then rest assured that your assumption is correct.

We don’t want to spoil the film, but the ending left us rather unsatisfied. 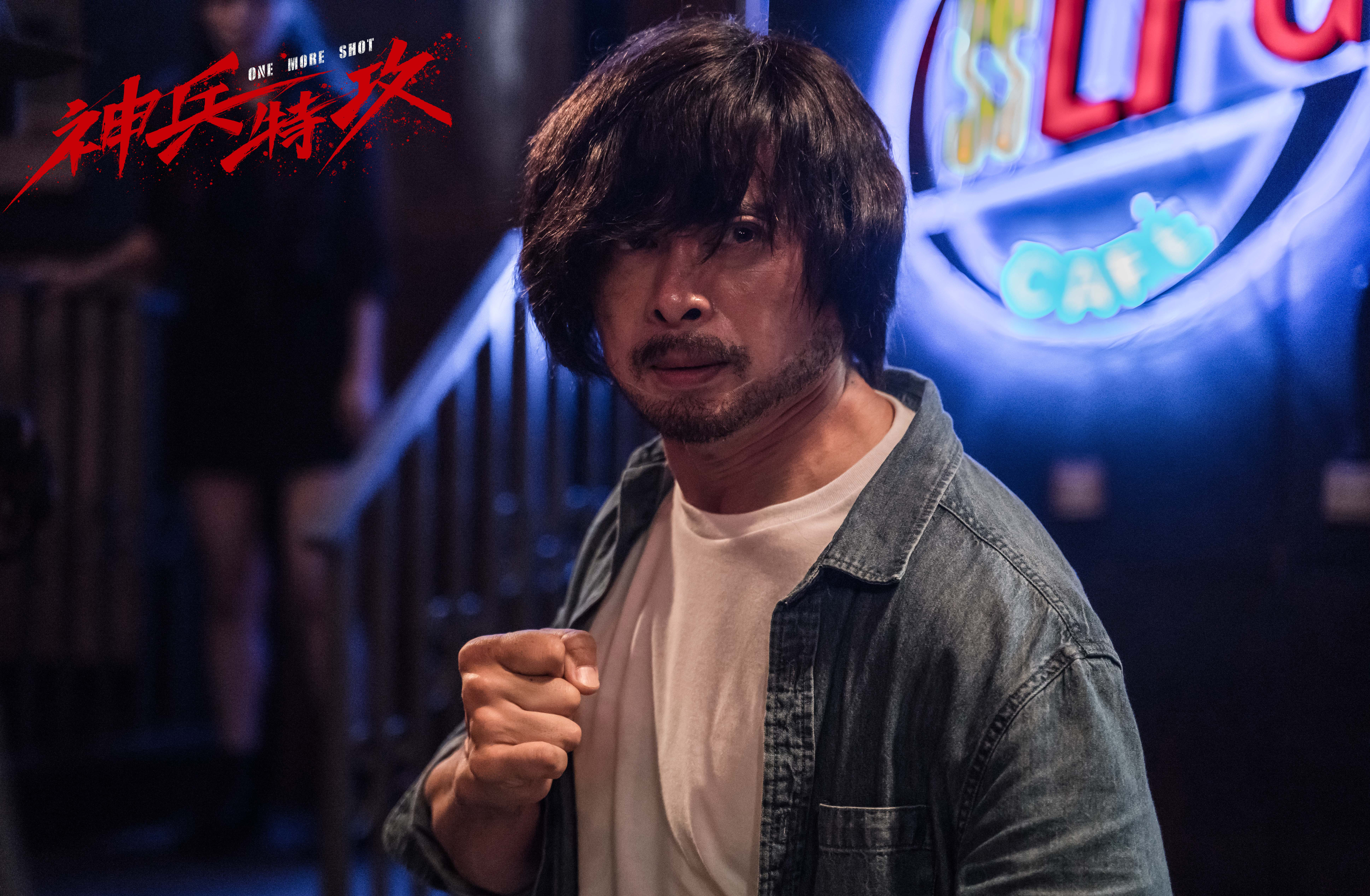 So while we really enjoyed the film, it doesn’t elevate itself too much above the usual webmovie fare. The action was pretty top notch, well-choreographed including that pretty awesome claustrophobic elevator fight scene which we would love to know how they filmed and how many times they did it.

But its not in the same level as its big budget brothers – the Operation Red Seas and the Wolf Warriors.

If you’re a fan of Louis and a fan of low to medium budget action films that make no sense but don’t need to, then you can’t go wrong with this film – One More Shot.

If you’ve seen this, what did you think?