Benny Chan will be remembered for many things. His frequent collaborations with Jackie Chan and Nicholas Tse, his high-energy action films, his ability to get the best performance from almost everyone. Although I think we can all safely agree that City Under Siege should be struck from his filmography!

The biggest surprise of Chan's career is that he had never made a feature-length movie with Donnie Yen, only a TV series from 1994 called The Kung Fu Master. With Chan's untimely passing, it's our loss that they will never work together again because what they've delivered with Raging Fire is exactly what Asian action fans have been crying out for.

DISCLAIMER: Very special thanks to Well Go USA for the opportunity to watch Raging Fire for this review. They are the official cinematic distributors of the film for the North American market, launching August 13 2021 state-side.

What's this movie about?

Bong is a true definition of a good guy cop. Clean, honest, righteous. It's these traits that have held back his career and frequently left him out of the big stings.

Ngo is the opposite. But he wasn't always this way. Once Bong's loyal colleague, he was betrayed by the people he trusts when an interrogation of a kidnapping suspect goes too far.

When they were serving together, their biggest target was a man named Wong Kwun, and on the evening of his capture, Bong and his colleagues are thwarted by an unknown group of assassins, lead by Ngo and his ex-team.

But Ngo has a score to settle with everyone who betrayed him, and Bong's name is on his list.

There are some movies you can watch where its run time just flies by, and Raging Fire is a perfect example of such a film.

The action is fast and abundant, with a few nods to classic Hong Kong action movies such as Police Story with the opening set piece in the abandoned shopping mall, and SPL with the expected final battle between Yen and Tse. It's maybe not as breathtaking as the alleyway fight between Yen and Wu Jing from SPL, but then again Yen was 16 years younger when that came out.

Indeed, part of the attraction of the action in this film is Chan and Yen's insistence that the action is realistic, with little to no reliance on CGI other than the expected compositing of action shots. The car chase scene in TST is impressive, especially as the van smashes into the shop front window, but a quick view of the behind-the-scenes video (or is the end credits post-sequence??) takes away some of the magic of the scene. Sure, it's real - the car really did smash through the window, it just didn't happen in Hong Kong's luxury shopping mecca.

Let be honest though, if not shooting an action scene on an impossible to shut down location is the height of my nit-picking with this film, then it's obvious it does a lot right for the audience.

With the exception of one thing. Well, actually it's two things. And for some, they might be major things.

The first is the overly complex and intricate plotline that's been developed. Following it hasn't been made easier due to the opening half's non-linear nature. Jumping back and forth in time is great - it seems to be a common storytelling technique in modern Asian cinema - but just give me an indication that it's occurred, other than me having to rely on Tse's hairstyle.

But at its heart, it's a revenge movie. And revenge movies can survive with simple plots, especially movies that are so action-driven such as this. Think of Die Hard 3, one of my favorite action films and a great example of a simple revenge plotline. "The Brother of the villain from the first film seeks revenge on the police officer who killed him." I wish I could sum up Raging Fire's plotline in a simple sentence like that. I suppose "ex-police officer seeks revenge on colleagues who wronged him" is about as close as I can get, but then it misses all the complexity and nuance that Chan has created. A real shame as there is a scene towards the end where a character is kidnapped and I was scrambling to check my memory bank as to the importance of said character. No such issues with Die Hard 3 though.

The other issue with the film and all fingers can be pointed at the Mainland China co-production element, is the "cartoon" style good and bad guy. I hate describing characters in cartoon style, but it fits in this situation. Cartoon characters are simple creations that allow the audience to differentiate between the good and bad, the weak and the strong.

One of the very first scenes that attempt to ram this point home to the audience involves Bong being beckoned to an important meeting by his superior. During the meeting, Bong is being convinced to modify his report to allow the son of an influential businessman to escape any criminal charges after assaulting a fellow police officer. Righteous Bong takes 2 sips of tea, asks the waiter what the cost is, and then throws down a handful of dollar bills to pay his 'tab'. Boom, we've just established in the crudest movie way possible that Bong can not be corrupted and he stands for justice.

If that's not bad enough, then the way the movie establishes that Ngo is a classic villain might just make you roll your "seen-it-all-before" eyes. I feel confident enough that I don't even need to tell you what he does to establish this. I think you already know.

But these two negative points aside cannot take away the impressive end product. A movie that feels like it was years in the making, and a movie that had enough final touches added in post-production to ensure that the legacy of Benny Chan will remain strong in the minds and hearts of any Hong Kong, and indeed Asian, action movie fan.

And after the less-than-stellar efforts of Enter The Fat Dragon and Ip Man 4, it's a sharp reminder to the audience of the kind of superstar that Donnie Yen is when provided a solid script that perfectly suits his style. 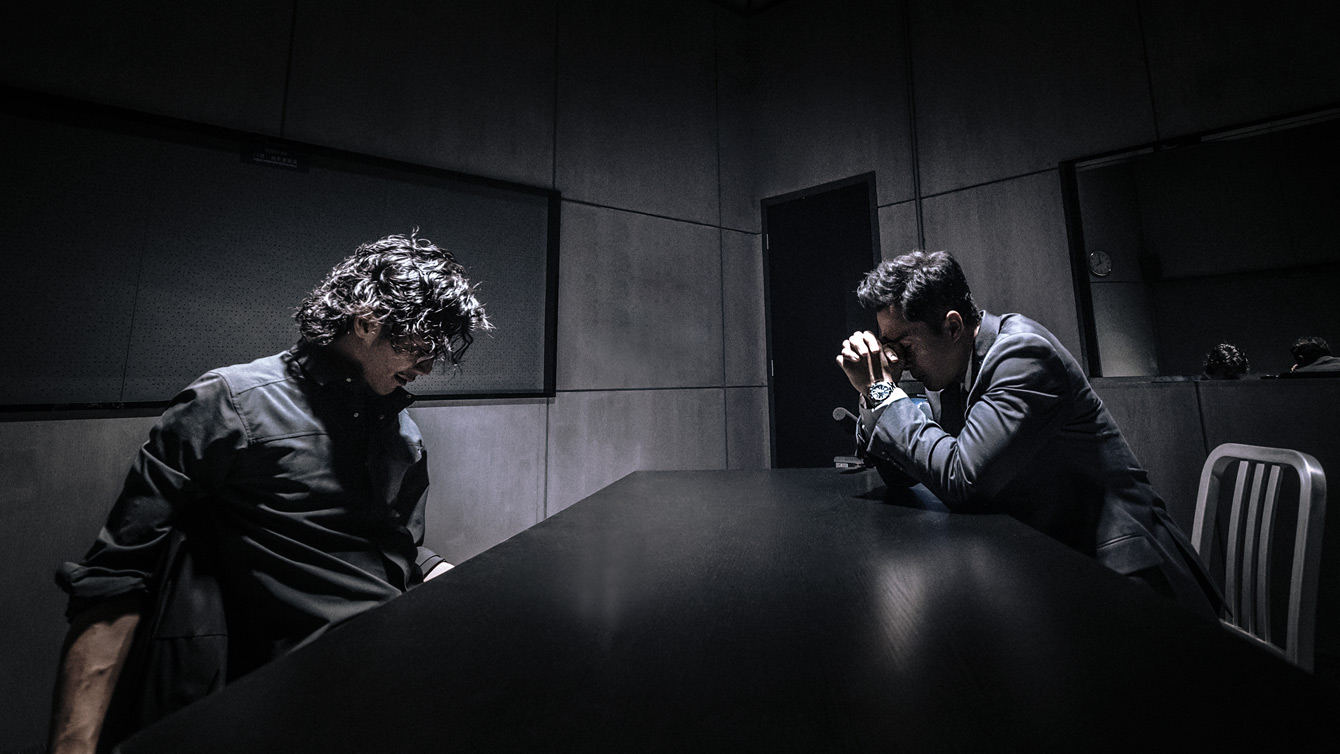 This is a 120 plus minute movie that all action and style over story substance. And I am more than fine with that thanks to the action set pieces, performances, and cameos that reminded me why I fell in love with Hong Kong cinema in the first place.

One day it may even be classed as a Top 5 film for either Chan, Yen, or Tse. Maybe even for all 3 of them, time will tell.

This is a collaboration that will always be remembered as one of the finest, yet came far too late. Imagine the kind of movies we could have had 15 years ago if Yen and Chan began then.

I give this film a thumbs up, vale Benny Chan.