Are you looking for a stylish noir/femme fatale Cat III thriller? This could be what you are after
Written by The Arty Dans


The infamous Hong Kong Category 3 film has fallen out of favour with filmmakers over the last decade, as Hong Kong becomes more intertwined with the Chinese film industry, and the lure of a wider audience attracts producers.

Profits, over content. We’ve seen it in Hollywood, and Hong Kong is no different.

But along has come director Lee Cheuk Pan in his second feature film. Both Cat 3 films, and both starring Hanna Chan.

With a very film noir setting, and dealing with the illicit underworld of the Hong Kong drug trade, is this movie a return to the gritty classic Cat 3 films from the 80s and 90s?

The head of the biggest Meth smuggling ring in Hong Kong is dead, and at his funeral there is a struggle over the transfer of power between the head’s adopted son Tempest, and the clan strongman Uncle Vulcan.

Enter the long-lost daughter of the head, Rain. A mysterious middle-aged woman who has been missing for the last 20 years.

Almost immediately she set to work in her quest to take over the drug trade in the smuggling ring, assisting and double crossing both Tempest and Uncle Vulcan until she gets what she wants.

But things get a little more complicated when a young girl called Snow enters her life. She is Rain’s half sister and wants to know more about her dad, and is seemingly not interested in the family drug business.

On top of that, Rain is being blackmailed by undercover detectives. Her identity and life for details about the drug business.

But in a series of twists and turns, it is Rain who ends up having the last laugh in this tragic tale of a life wasted.

Pressed for time? Check out our Binge Review. Our thoughts in 90 seconds!

I went into this film with a very open mind, after viewing the trailer it gave off an impression it would be something like Breaking Bad. But how wrong I was.

The backbone of this movie is its noir/femme fatale style. Hong Kong bombshell Irene Wan plays in the role of Rain, the long lost daughter, and perhaps it’s just the nature of the character she was playing, but there at times where she looks almost bored and disinterested on the screen.

Other times it feels like the director is trying a little too hard to be extreme. Scenes of cruelty towards children and excessively graphic assassination scenes are in play, and while not out of place in the genre, are at times a little much.

Add to that are the handful of shootouts where Rain emerges untouched, and this whole superhuman element to her character feels awkwardly out of place.

It’s a movie that definitely had the potential, it’s execution is just a little immature.

The film is dripping with film noir style, and if you love that style, then you might enjoy this.

Rain is the typical anti-hero, cynical and seemingly unnaturally powerful, she has a presence on the screen that is at times conflicting, waiving between boredom and strength. The scenes where she exercises her power are indeed enjoyable to watch, but these are then juxtaposed with her hallucinations while on a drug trip, dreaming of her lost lover and her guilt around his death.

Keeping with the noir style are the frequent uses of flashbacks in the film as the audience is slowly given information to piece together the tragic backstory of Rain and Snow. It’s in these flashbacks where we learn how Rain was able to develop her ruthlessness and business acumen.

And of course there is in the intricate plot. At times it’s a little hard to follow, as there is confusion why on one hand, she is helping Tempest and Uncle Vulcan, and on the other she sabotages them.

In typical noir style, you have to wait until the end for all to be revealed. 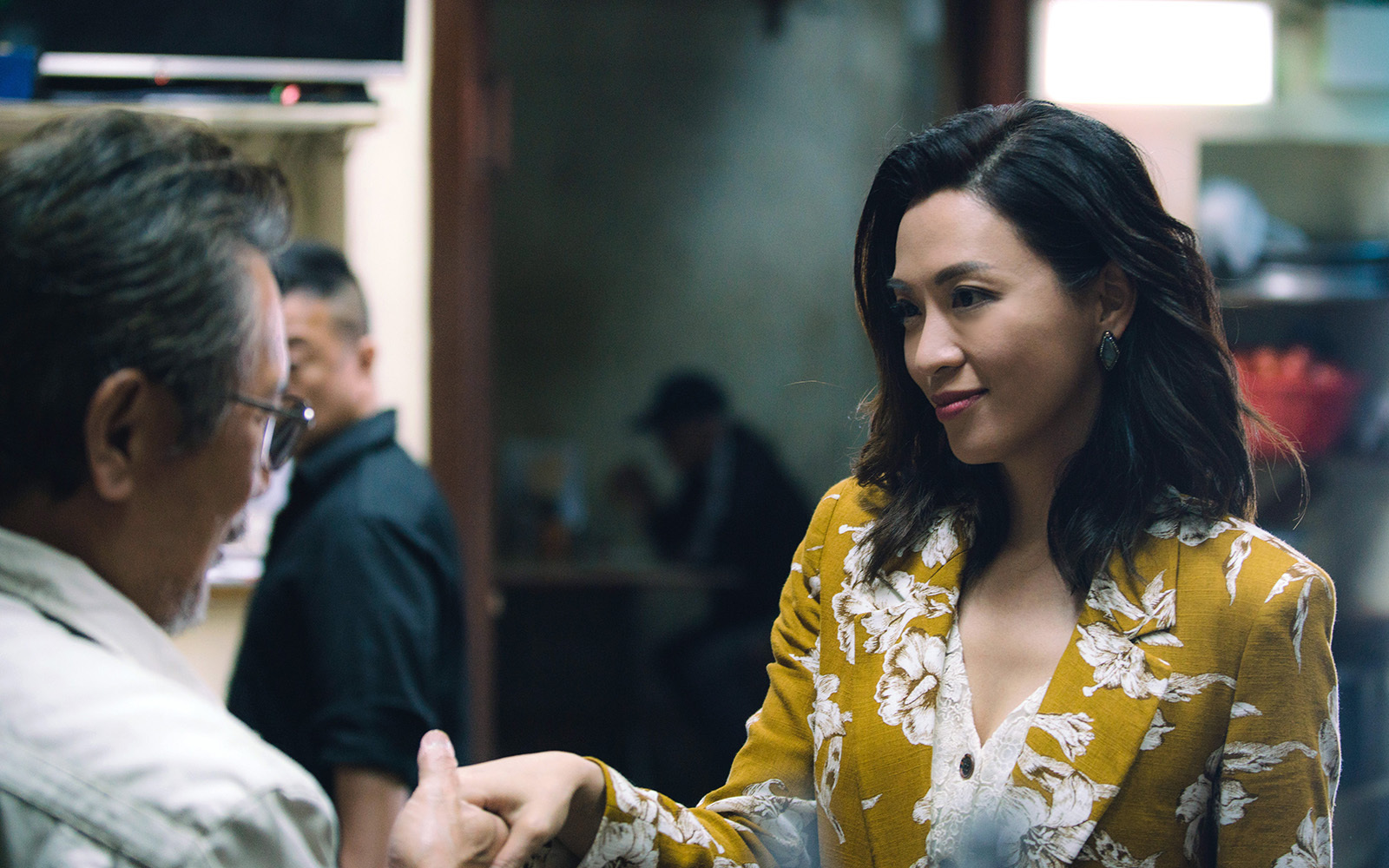 But, will you make it to the end?

Noir worked well in the 40-60’s because of the forced content restrictions imposed on cinema at the time over themes like violence, sex and unsavoury conduct.

But with no, or very limited, content restrictions in place, The Fallen succumbs to the lure of needing to be graphic with everything. The violence is graphic, the themes are extreme, the sexual situations are abhorrent, in this case the incest, and by the end of the film fatigue kicks in, and it just becomes too much.

Luckily the movie is rather short, at under 100 minutes. But it would have been so much more enjoyable had it exercised a little bit of restraint. 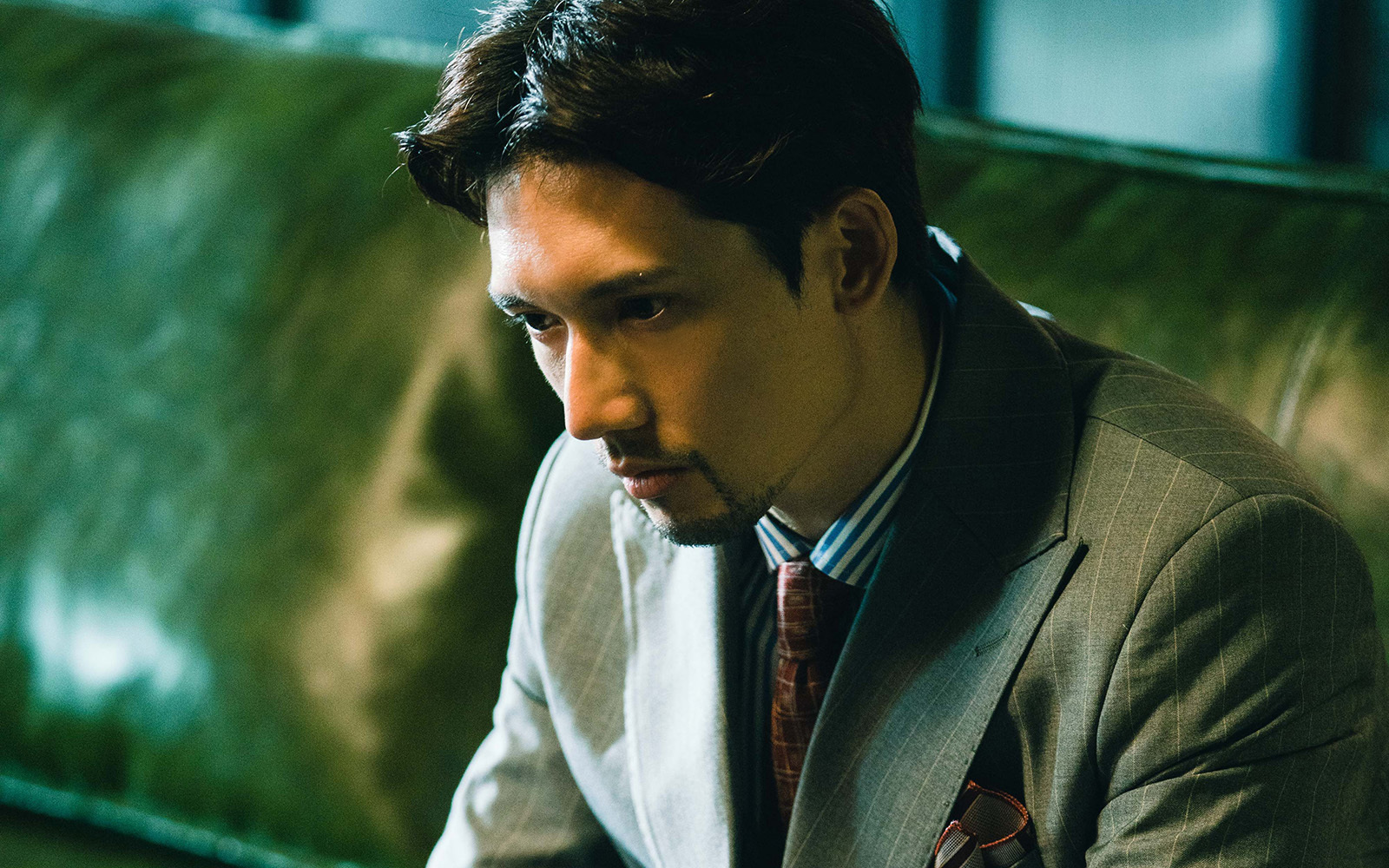 There is no doubt a key audience for this, but it’s not me.